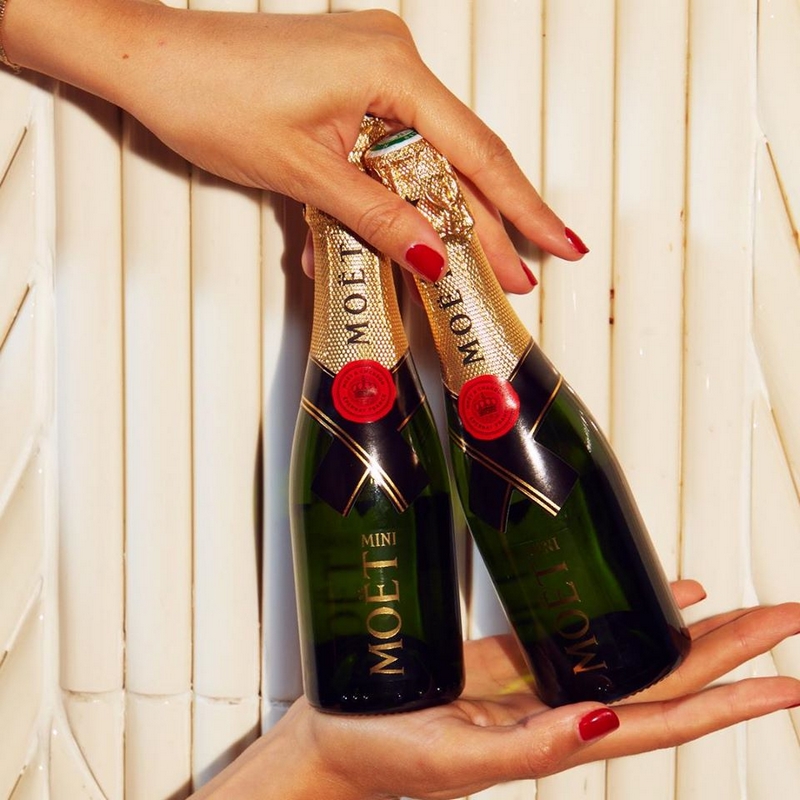 This article titled “Trade war: France hits back over US tariff threat on cheese and champagne – business live” was written by Graeme Wearden, for theguardian.com on Tuesday 3rd December 2019 09.24 UTC

The list of French products that could incur a 100% tariff runs to 63 entries, covering food, drink, fashion, cosmetics and accessories.

It includes 22 different entries for cheese alone, including:

The list also includes “Sparkling wine, made from grapes”, which appears to covers France’s champagne production as well as crémant – or fizz from other regions.

It also targets handbags, both with and without shoulder straps, whether they’re made of ‘reptile leather’, patent leather, braid, silk, plastic or other manmade fibres.

The US Trade Representative has also singled out 13 types of porcelain and china, including ranges for hotels and restaurants, and for households. It also singles out decanters, punch bowls, salt and pepper sets, mugs and steins.

US could target Austria, Italy, and Turkey too

You can read America’s ruling against France here.

In it, the US Trade Representative explains that the digital tax is unfair because it discriminates against U.S. digital companies, such as Google, Apple, Facebook, and Amazon.

In addition, the French DST is inconsistent with prevailing tax principles on account of its retroactivity, its application to revenue rather than income, its extraterritorial application, and its purpose of penalizing particular U.S. technology companies

The US is also threatening to launch similar probes into Austria, Italy, and Turkey.

“Indeed, USTR is exploring whether to open Section 301 investigations into the digital services taxes of Austria, Italy, and Turkey.

The USTR is focused on countering the growing protectionism of EU member states, which unfairly targets U.S. companies, whether through digital services taxes or other efforts that target leading U.S. digital services companies.”

Rome’s government has proposed a similar digital tax, which would begin in January 2020, taxing large tech firms 3% of their revenue.

Shares in French luxury goods makers are dropping, due to the threat of higher tariffs on their goods.

LVMH, which produces Moët & Chandon (yummy!) have fallen 1.5% on the Paris stock market.

Kering, which owns Gucci and Yves Saint Laurent, has shed 1.3%, while cosmetics company L’Oréal has dipped by 0.3%.

Critics of trade wars point out that tariffs are effectively a tax on consumers, as they make imports more expensive.

And if America really does impose this 1o0% tariff, it could mean less French champagne and quality cheese is quaffed and scoffed in the States.

Paul Donovan of UBS fears that Camembert will be off the menu, replaced with processed cheese (and you can’t bake that in the oven with a little garlic and herbs!).

Mining companies are among the top fallers, with Anglo American losing almost 2%. A trade war can mean lower demand for commodities such as iron ore and coal.

Holiday firms TUI and Carnival, who are also vulnerable to a growth slowdown, are in the red too.

Junior economy minister Agnes Pannier-Runacher has declared that France will be “pugnacious” over the issue.

She told Sud Radio a little while ago that:

“It is very clear that we do not need to go back on this, with regards to a topic that economically speaking makes sense.

We need to be pugnacious on the subject.

(thanks to Reuters for the quotes)

Back in July, France decided to impose a new 3% levy on digital companies with global revenues of more than €750m (£685m). It is meant to tackle the issue of major American companies paying little corporation tax in Europe, because they declare most of the profits back in the US.

Le Maire: EU will riposte against US sanctions

The French government is furieux about America’s threat to impose a 100% tariff on some of its most cherished exports.

Finance minister Brune Le Maire has told Radio Classique that the move is “unacceptable”, and not what you’d expect from an ally.

Le Maire also warned that Europe would retaliate, presumable with its own raft of tariffs on American imports.

“In case of new American sanctions, the European Union would be ready to riposte”

Good morning, and welcome to our rolling coverage of the world economy, the financial markets, the eurozone and business.

So much for the season of goodwill! Donald Trump has spooked the financial markets again, with a fresh flurry of tariffs that further escalate his trade war war.

Overnight, the Trump administration on Monday proposed new tariffs up to $2.4bn of French goods. Prized exports, including champagne, cheese, handbags, porcelain, cheeses and yoghurt would incur a new levy of up to 100%.

This swingeing move is a retaliation against France’s new digital services tax, which Washington says unfairly discriminated against American technology companies such as Amazon, Google and Facebook.

US Trade Representative Robert Lighthizer declared that the move:

“sends a clear signal that the United States will take action against digital tax regimes that discriminate or otherwise impose undue burdens on US companies.”

Related: US threatens tariffs on French cheese, handbags and lipstick

The move casts a shadow over today’s meeting of NATO leaders in London, to celebrate the 70th anniversary of the military alliance.

The attack on French exporters came just hours after Trump announced he was raising tariffs on steel and aluminium from Brazil and Argentina, in retaliation for their currencies falling to record lows.

Related: Trump to restore steel tariffs on Brazil and Argentina

That knocked stocks across the globe, with European stock markets suffering their worst day in two months on Monday. Wall Street also suffered, with the Dow losing almost 1%.

The selloff is now spreading to Asia, where Australia’s S&P/ASX 200 has slumped by over 2%.

Hopes that Trump might secure a trade deal with China had driven markets higher in recent weeks; investors are now worrying that America could take a more belligerent approach. Tariffs restrict trade and drag on global growth, so any escalation is bad news for the global economy.

The US placing steel and aluminium tariffs on Argentina and Brazil caught markets off guard. Traders have had US-China trade tunnel vision. As Americans would say, this came out of left field.

The new tariffs in South America are a reminder that with Trump as US President, a phase one trade deal with China doesn’t mean global trade just resets to the old status quo.

As I type, France is vowing to hit back, so it could be a tense day….