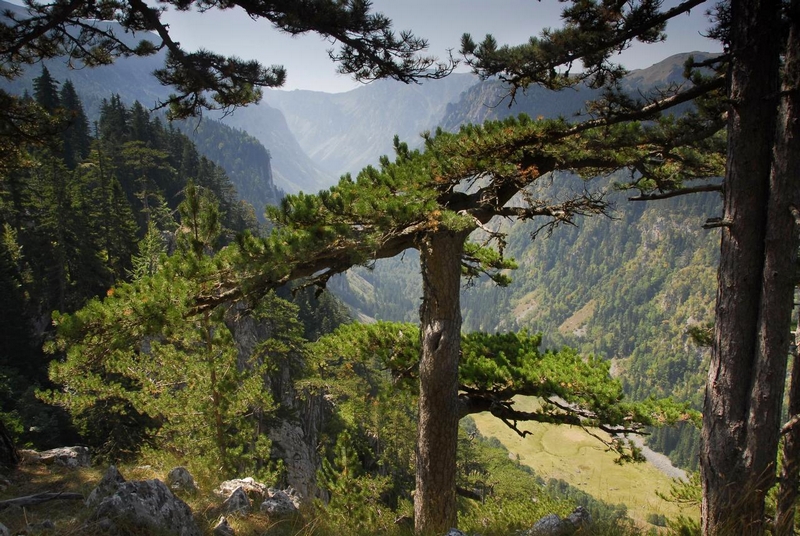 Several readers praised the rural landscape of Montenegro, which jazzual described as one of the “most beautiful countries in Europe”. They said: “Durmitor national park, in the north, is absolutely stunning and includes rugged mountains, pristine pine forests, two deep canyons and crystal clear lakes. You can travel the whole country in two or three days and it is almost all gorgeous.”
• montenegro.travel

One national park we were pleased to see recommended by so many of you was Plitvice Lakes in Croatia, which was omitted from the original list only because we felt it had become well-known. The region was among the first natural sites to make it on to the Unesco world heritage register and has 16 vibrant lakes and waterfalls surrounded by forested foothills. As petesire put it, the spectacular park is: “on another level entirely – utterly breathtaking waterfalls and lakes that shine turquoise even under cloud”.
• np-plitvicka-jezera.hr

The largest protected woodland in Spain and the source of the Rio Guadalquivir, Parque Natural Sierras de Cazorla is one of the top places to visit in Jaén province;it was recommended by baldilocks, who made the enticing suggestion to take an off-road 4×4 tour with the park rangers into the restricted areas, where you may spot vultures, foxes, genets and perhaps a golden eagle.
• sierrasdecazorlaseguraylasvillas.es

In Finland, the Helvetinjärvi (meaning Hell’s lake) national park is home to the dramatic Helvetinkolu gorge, a narrow causeway cut through the rock that dates from the ice age. Reader ID2989635 praised its stunning views – the best are to be had at Helvetinkolu – as well as pointing out that, as national parks go, it’s relatively easy to access, even by wheelchair.
• outdoors.fi/en/helvetinjarvinp

A couple of readers recommended Białowieża forest, a huge primeval area that straddles the border between Poland and Belarus, both of which protect it under national park status. As commenter ID0591076 pointed out, it’s one of few places in the world where you can find a bison living in the wild. The park is home to around 800 European bison, as well as ancient oak trees with names such as The King of Nieznanowo, Emperor of the North and The Guardian of Zwierzyniec.
• bpn.com.pl and belarus.by

As brenno01 put it: “Don’t scoff, but the Canaries have some spectacular national parks and not just the overcrowded Teide national park in Tenerife.” They suggest taking a two-hour ferry ride from Tenerife to Taburiente national park on the island of La Palma … “A collapsed caldera with 1,000-metre-high cliffs, stunning trails and, certainly in October when I was there, no crowds.” Exploring the Marcos y Cordero trail is also recommended – using a series of tunnels through the mountains and the Ruta de los Volcanes – in order to understand the volcanic history of the island. As they put it: “La Palma only has a couple of black sand beaches and is far removed from the sun, sex and sangria of the bigger islands as it is possible to get.”
• visitlapalma.es

Eilert Ottem wanted to add another one of eastern Europe’s incredible national parks to the list, pointing to Pirin in southern Bulgaria. It is, he says, “spectacular, for its jagged mountain peaks that rise to 3,000 metres, its pristine lakes and ponds and its fantastic wildlife” He adds: “I’d certainly go back, urbanised rock musician that I am.” jamescrouchman added some nice insider tips for anyone planning a visit: “A good starting place is Dobrinishte,a peaceful town near Bansko. A nice end point would be the popular wine town of Melnik,near the lovely Rozhen monastery.”
• pirin.bg

Bingowingo was keen to highlight the Monti Sibillini national park in central Italy, part of the Apennines, which connect Umbria to Le Marche and is home to rare plants and animals, as well as gorges and lakes. They suggest combining hiking or cycling with some culture down in the foothills of Le Marche, where some of Italy’s most beautiful villages (Sarnano, San Ginesio) nestle. “Best of all, ,” they add, “are the numerous rifugi [shelters] where you can eat robust mountain food and stay at very low prices. Many are on the Grande Anello route, which is a nine-day hike.”
• sibillini.net

“Very few visitors, and stunning ancient Greek, Roman, Frankish and Ottoman remains,” is what led ID4690527 to suggest the Butrint national park in Albania. In the south-west of the country, it is a must-see for fans of ancient history; it boasts a number of significant archaeological sites and is considered a “microcosm of Albanian history”.
• butrint.al

One commenter, ID5688086, was disappointed Iceland didn’t make the original list. They described the landscape as “dramatically beautiful”, recommending Vatnajökull for the excellent glacier hiking. Covering a huge section of the country, Vatnajökull is Iceland’s biggest ice cap and visitors can enjoy hiking and camping, as well as exploring its ice caves.
• vatnajokulsthjodgardur.is