Plénitude Restaurant in Paris, France is an extraordinary jewel of a restaurant where Michelin-starred chef Arnaud Donckele and his team practice their art to the delight of diners who are constantly the center of the chef’s attention.

Already a three-starred chef at the Cheval Blanc Saint-Tropez restaurant, Arnaud Donckele has doubled his stars barely six months after the opening of Plénitude at Cheval Blanc Paris. The new haute cuisine restaurant in Paris has won three stars in its very first year. This is only the second time a chef has accomplished such a feat in the past 30 years.

In Paris and the south of France alike, sauces figure at the heart of  Arnaud Donckele’s poetic cuisine. His signature creations are instantly recognizable, expressing deep affection and sharing between the ingredients and those who grow, harvest, gather, raise or fish them. This return to sources is embodied by artisans of the land and sea who entrust their treasures to the chef and enable him to add new pages to his culinary compendium each day. Behind each dish is a culture and celebration of the “non-recipe”, a philosophy inspired by instinct and spontaneity.

“At Plénitude, Chef Donckele takes on the role of an intimate master perfumer. His precious collection of elixir-like sauces proposes an amazing complexity of head, heart and base notes, melding up to a dozen different ingredients, impossible to blindly divine. His “Absolues” – a hundred timeless fragrances – bloom like bouquets.” – LVMH.

These magic potions reveal and elevate the “Préludes”, or first courses, with aromas of “saline and fresh waters” (fish), “prairies and fields” (meat) and “sweet fragrances” (desserts). The dishes are attuned to the sauces, triggering a suite of emotions and delightful surprises as they reveal the very best of France’s terroir and regions.

Paris has inspired a vision by Arnaud Donckele that is more national than regional. Nevertheless, he notes that “What unifies us everywhere in France, beyond the products, is clearly the sauce. And that is the creative foundation of my menu.” 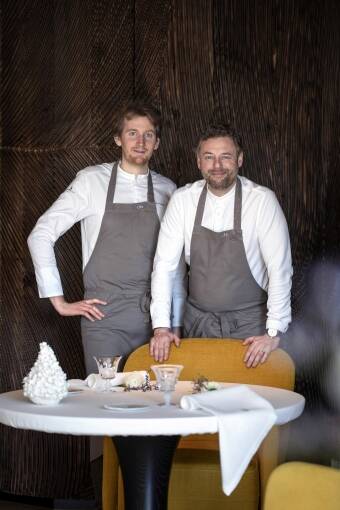 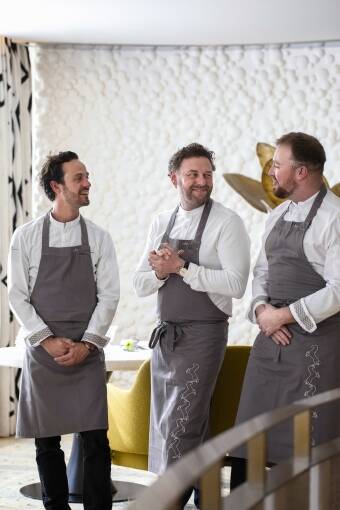