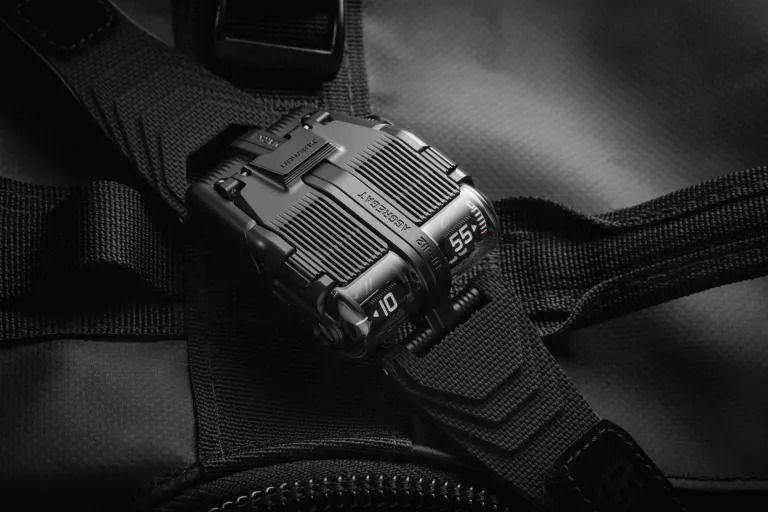 @Urwerk UR-112 Aggregat Back to Black

Urwerk UR-112 Aggregat Back to Black comes in a steel and titanium body with a complex architecture.

Let’s start with its upper part. Its steel bonnet is grooved and openworked. It gives a glimpse of the richness of this gleaming speed machine. This cover opens vertically to give access to the secondary power-reserve and digital seconds indications. Its central titanium body is satin-brushed, sandblasted and beadblasted, thereby forming a field of functional microdots. The two blackened steel wings of the UR-112 Aggregat Back to black fit into this central body. Each zone, each space, each element has its own texture, its own finish, its own language.

“I was born amid the smell of petrol and polish.”

The UR-112 Aggregat Back to Black belongs to the Special Project line. This is a departure from the founding concept of URWERK’s wandering-hour indication, on a whole new scale, with new volumes for the UR-122 Aggregat and its UR-13.01 caliber.

“The inspiration for the 112 line came straight from the USA. Felix and I were lucky enough to discover the impressive car collection of Mr Ralph Lauren. Amongst the rarest models was the Bugatti Atlantic. WOW! It was love at first sight. Its perfect lines, its spine running along its body, its Art Déco features. This Bugatti is a true wonder! It was the muse that inspired my first drawings of the UR-112.” – Martin Frei, co-founder of Urwerk. 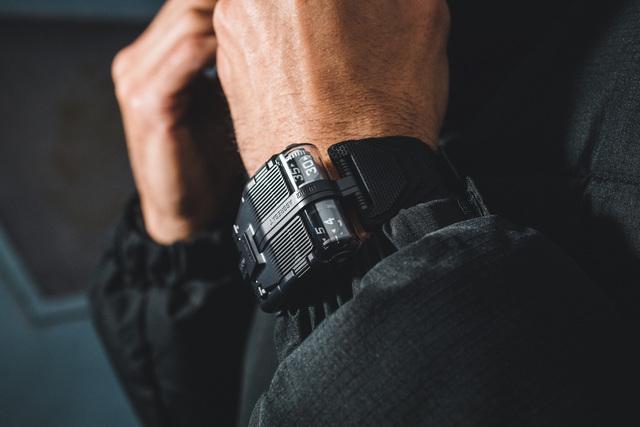 There are no cubes, no carousel with satellites, no 120-degree sector-type indication like on so many models that have marked the history of Urwerk over the last 25 years. The UR-112 Aggregat Back to Black displays jumping hours and trailing minutes on prisms. Shifted to the front of the watch, they’re visible in their large sapphire crystal housings. As the hours jump on one side and the minutes advance in five-minute increments on the other, an additional trailing indicator shows the accurate minutes.

“Once again we’ve let our guts speak for us in making a spaceship, a UFO that is a technical challenge. This UR-112 is pure madness in terms of the mechanics and the finishes. The energy generated by the UR-112’s central engine is being distributed in four directions along no less than 12 axes. It’s actual mechanical lace. We will only be able to make a very limited number of them, but this is sheer, unadulterated watchmaking pleasure!” – Felix Baumgartner, co-founder of Urwerk and master watchmaker.

A watchmaking fantasy driven to the extreme.

The central body of the case contains the driving and regulating components of the UR-13.01 caliber. A large barrel providing 48 hours of power reserve is coupled with an automatic-winding rotor. Pressing the two pushers on the sides of the watch opens the cover and reveals the power-reserve indicator and the spectacular small seconds. The latter is composed of a skeletonized silicon disk attached to a red anodized aluminum bridge, a typical Urwerk design feature. 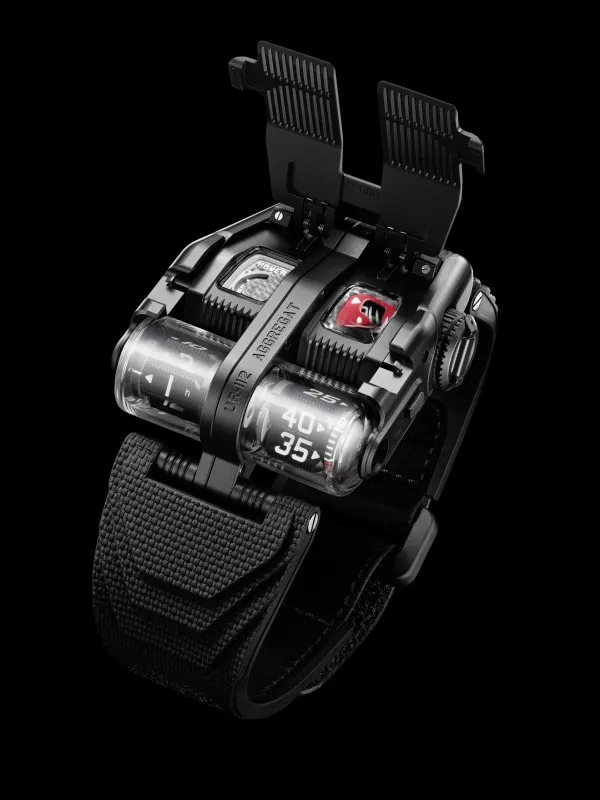 A transmission shaft stands out in the middle of this incredible mechanism. Measuring several centimeters in length, it’s possibly the longest component in contemporary watchmaking. To guarantee its lightness and rigidity, it’s made of titanium and ensures the coupling with the display module, located at the front of the shell. It establishes this link thanks to a new succession of gears that drive the hours and minutes prisms via two 90° bevel gears. The black aluminum prisms featuring grooved sides are enhanced with Super-LumiNova and secured by planetary systems that ensure they rotate both on their axis and in space. This kinematic approach calls for absolute precision and contributes to endowing the UR-112 Aggregat Back to black with a totally unique and unconventional design. 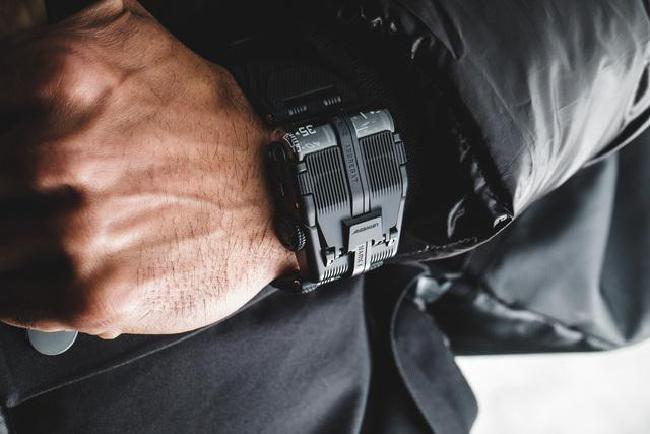 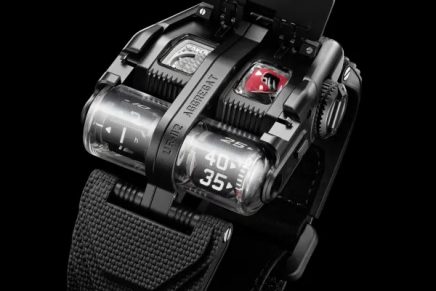 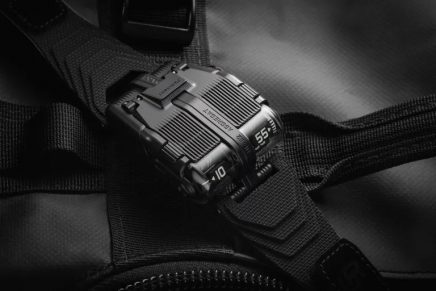 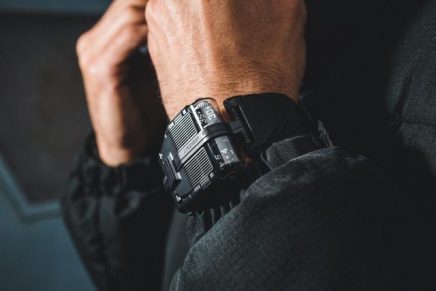 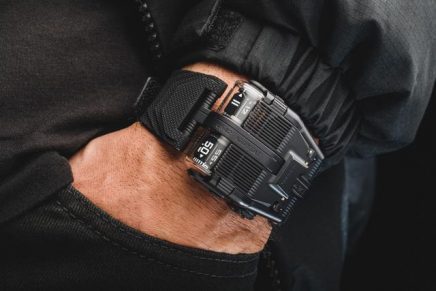