The 2017 Ferrari Finali Mondiali race provided the backdrop to the world premiere of the new FXX-K EVO which will beavailable both as an extremely limited-run model and as an upgrade package for the existing XX cars. 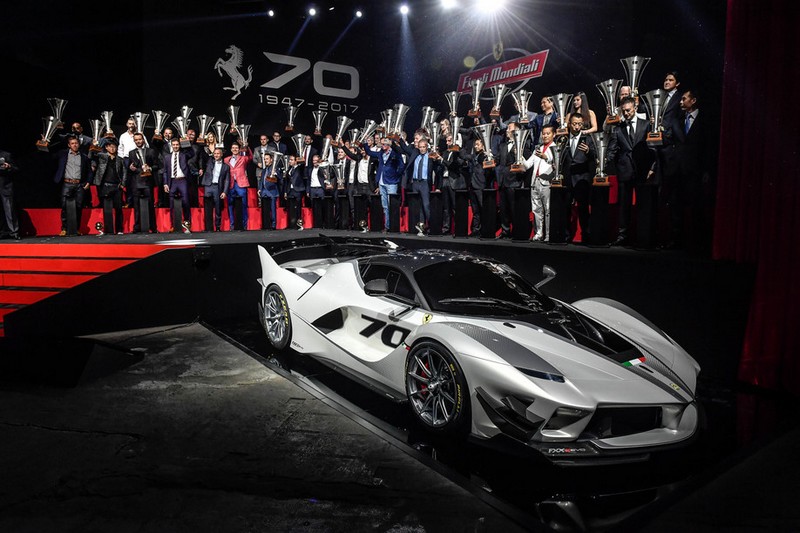 The Ferrari Finali Mondiali 2017 closed with over 40,000 fans flocking to Mugello during the weekend. They were drawn by ideal temperatures along with the record number of cars on show, including the 488 Challenge, 458 Challenge EVO, Formula 1 and XX Programmes. Chairman and CEO Sergio Marchionne was also present, greeting customers and handing the Trofeo Pirelli to the winner Fabio Leimer, before enjoying a walk in the pitlane to chat to the customers and the public in the stands and pose with the drivers and management for the usual photos.

Derived from the racing world and adopting track-specific content, the new Ferrari FXX-K EVO, like all the previous XX cars, is not homologated for road use and will not be used in competition outside its dedicated programme.

This supercar is aimed at a small, highly-select group of Ferrari Clients: supercar enthusiasts eager to share the development of technologically-innovative content with the Prancing Horse technicians, through driving a closed-wheel laboratory car.

After undergoing around 5,000 km of development runs and 15,000 km of reliability test-drives, the FXX-K EVO will be a very active protagonist in the XX Programme in the 2018/2019 season which spans nine track outings in all between the start of March and the end of October. As is now traditional, the XX cars will also be taking part in the prestigious Finali Mondiali weekend which marks the end of each racing season.

At the development stage, the designers worked on a broad range of different aspects of the FXX-K EVO, starting with reducing its overall weight. By drawing on Ferrari’s Formula 1 experience and adopting innovative carbon-fibre component crafting processes, they succeeded in producing a lighter car than the previous FXX-K despite introducing new elements such as the fixed rear wing.

The FXX-K EVO features an evolved aero package developed by Ferrari’s engineers in synergy with the Ferrari Style Centre’s designers.

The product of over a year of CFD simulations and wind tunnel testing, the FXX-K Evo’s aerodynamics deliver downforce figures very close to those of the cars competing in the GT3 and GTE championships, all to the advantage of lateral acceleration in cornering, stability and, ultimately, exhilarating driving pleasure. 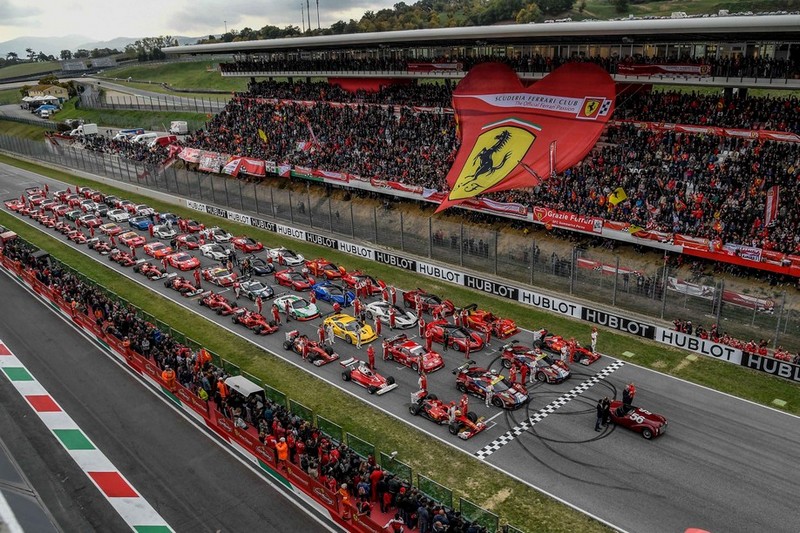 The FXX-K Evo’s boosted performance also demanded new front brake air intakes which, although no wider to avoid increasing drag, are more efficient thanks to a complete redesign of the intake itself. Furthermore, the suspension was specifically calibrated to adapt it to the car’s new aerodynamic efficiency figures.

The clearly racing-inspired cabin is characterised by a conceptually-different steering wheel brilliantly suited to hugely powerful performance levels achievable in the FXX-K EVO. Formula 1 derived with integrated gear-shifting paddles, the new steering wheel now also sports the KERS Manettino to improve both control of that system and overall ergonomics.

The rear video camera screen to the right of the driver has been replaced with a larger 6.5” version. It also now displays data from a new telemetry system with clearer, more direct performance parameter and car status readouts. The driver can check the KERS status and the times being clocked by selecting from the various screen options available. 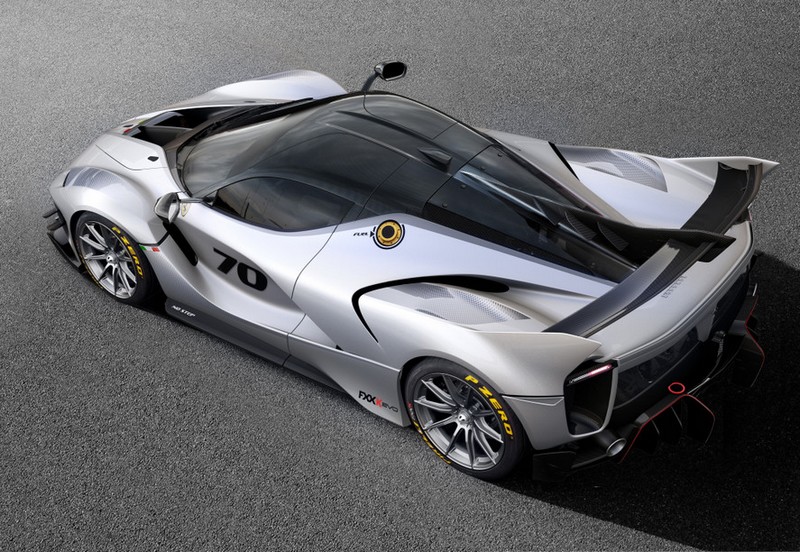 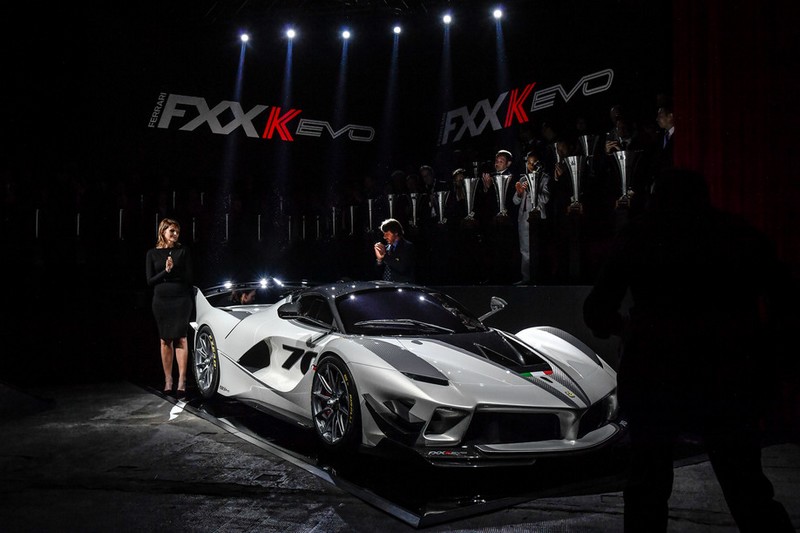 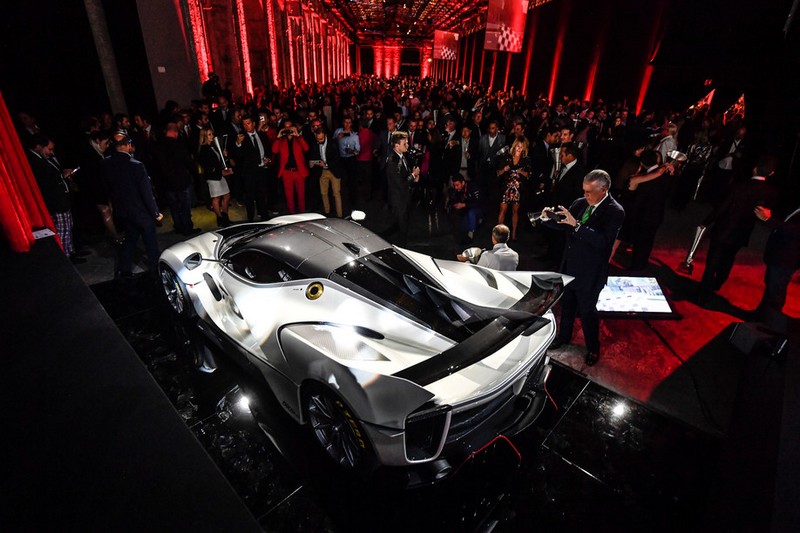 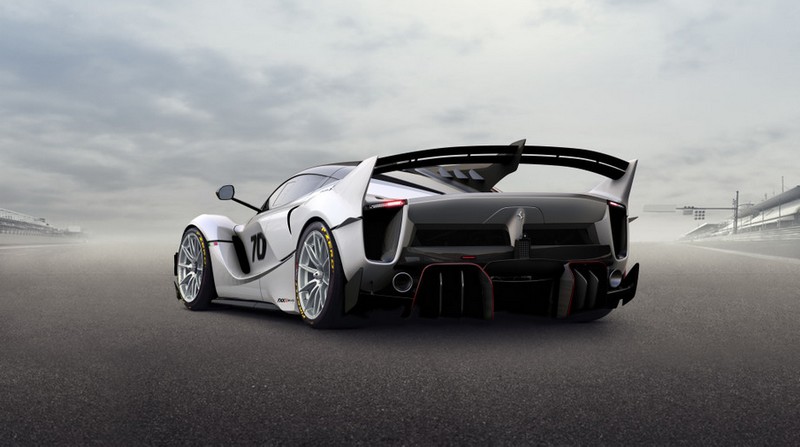 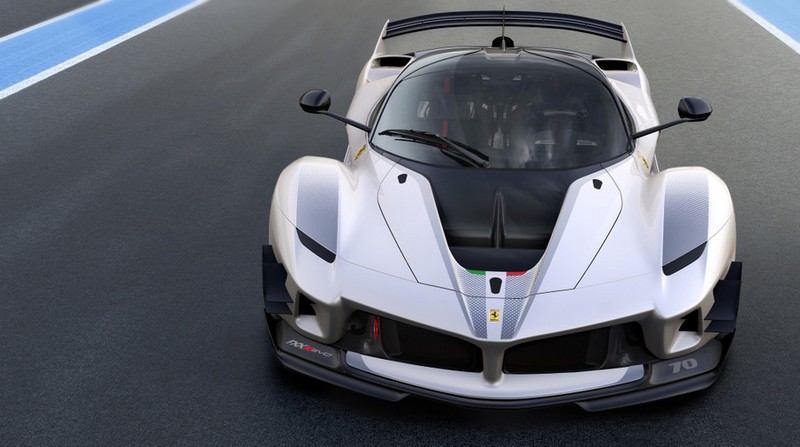 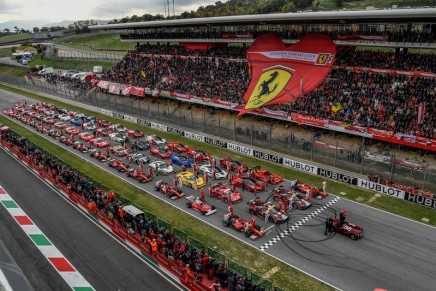 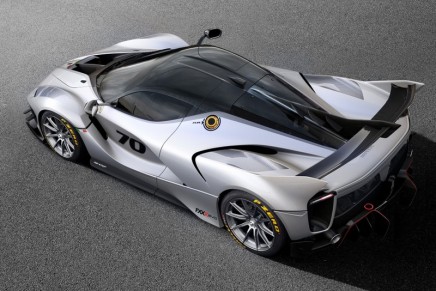 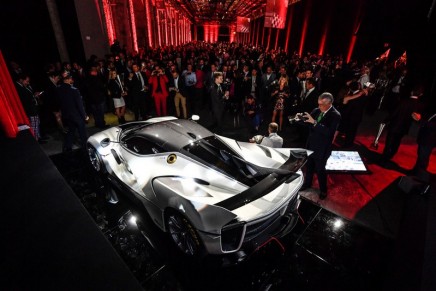 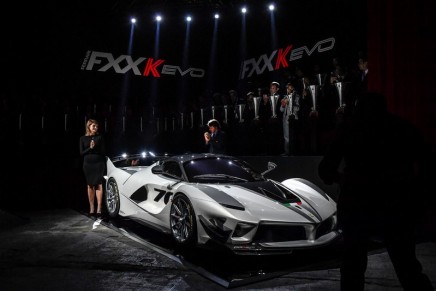 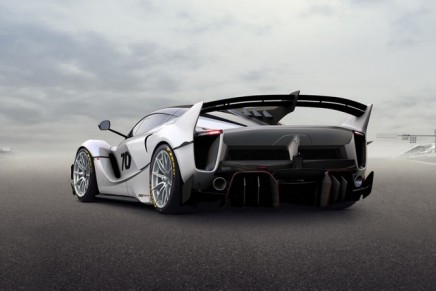 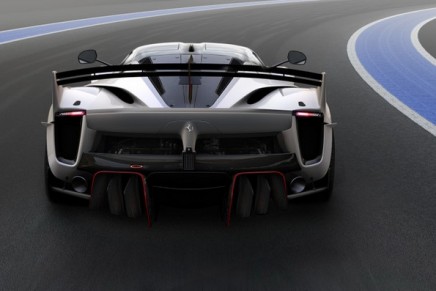 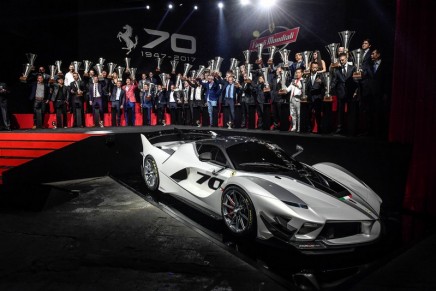 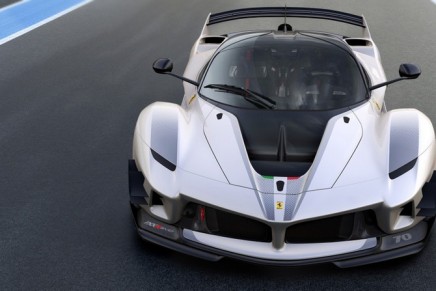