At this year’s Pebble Beach Tour d’Elegance, the reconstructed Mercedes-Benz SSKL will make its first appearance on the road. In the same manner as did Bentley with “Corniche”, Mercedes-Benz Classic has spared no expense in having the vehicle reconstructed for the “125 Years of Motorsport” anniversary of the luxury automotive brand. Alongside the unique SSKL, an elegant Mercedes-Benz 320 in combination coupé (W 142) from 1938 will be taking part in the Pebble Beach Tour d’Elegance. 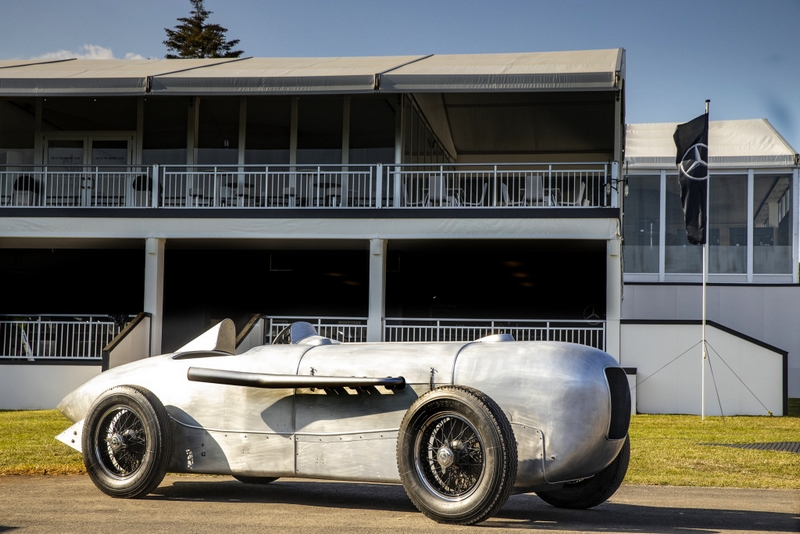 Mercedes-Benz Classic makes the Pebble Beach Concours d’Elegance (15 to 18 August 2019) a highlight in the “125 Years of Motorsport” anniversary year: the reconstructed Mercedes-Benz SSKL streamlined racing car from 1932 can be experienced at the top-class classic car event in California for the first time on the road on 15 August.

The Mercedes-Benz Star Lounge in Pebble Beach offers a fascinating insight into the tradition of the oldest luxury car brand in the world, amongst other things.

The sportiness in the history of the oldest luxury car brand in the world is brought to life, from 1886 right into the future.

The central “Origins” exhibition area shows an authentic replica of the Benz Patent-Motorwagen – it stands for the birth of the car in 1886 from the spirit of innovation. The Mercedes-Simplex 40 hp from 1903 is a representative of the family of the first modern car in the world and a high-performance vehicle of its time. The current Mercedes-Benz EQC Edition 1886 – much like the Mercedes-Simplex almost 120 years before it – symbolises the beginning of a new era of mobility, says daimler. 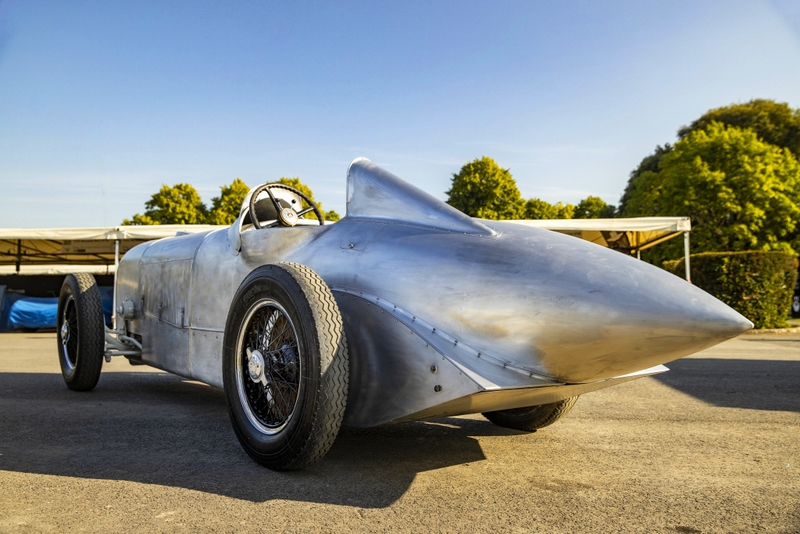 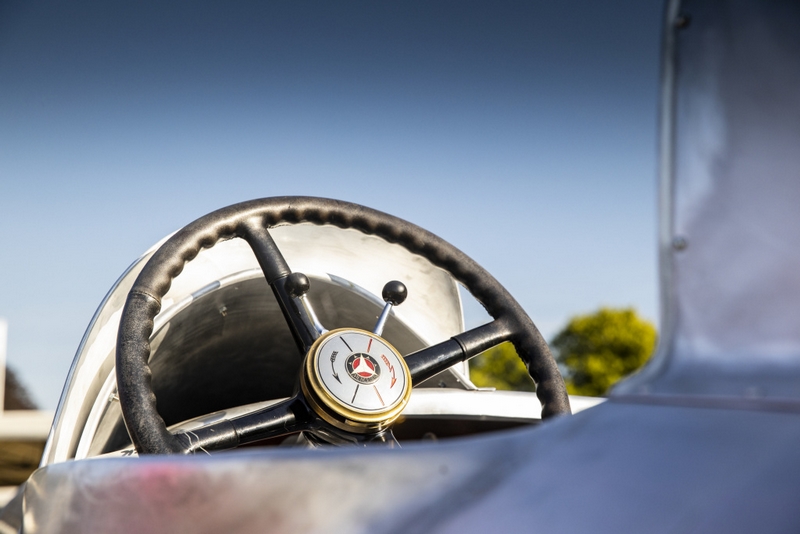 Today, the Concours, in which around 200 exquisite cars from all around the world take part, is the conclusion and highlight of the Pebble Beach Automotive Week with its comprehensive programme. The actual competition with the presentation at the 18th hole of the Pebble Beach Golf Links takes place on Sunday 18 August 2019, from 10:30 a.m. to 5 p.m.

The top-class classic car event is an impressive stage for the driving premiere of the Mercedes-Benz SSKL Avus racing car at the Pebble Beach Tour d’Elegance. This spectacular vehicle, which will be subsequently presented in the Mercedes-Benz Star Lounge, connects the era of the mighty compressor racing sports cars of the 1920s and the epoch of the legendary Mercedes-Benz Silver Arrows of the 1930s.

The aerodynamics pioneer Reinhard von Koenig-Fachsenfeld (1899 to 1992) designed a trailblazing streamlined body for the powerful Mercedes-Benz SSKL compressor racing car in 1932. On 22 May 1932, Manfred von Brauchitsch entered the important international Avus race in Berlin with this vehicle which was unusual to spectators of the time (the public promptly dubbed it “gherkin”) and won ahead of Rudolf Caracciola in an Alfa Romeo.

Mercedes-Benz Classic has reconstructed the innovative “silver arrow”, as it was described in a radio report at the time, from 1932, with the highest level of authenticity. This includes the lightening holes in the chassis, typical of the SSKL, which were undertaken according to the original drawings. In total, the racing car weighs 125 kilograms less than the Mercedes-Benz SSK, which served as its basis. The complete reconstruction of the streamlined body according to historical documents was particularly laborious. For this purpose, the experts researched the archives of Mercedes-Benz Classic and those at Schloss Fachsenfeld, which the engineer and inventor Reinhard von Koenig-Fachsenfeld transferred to a foundation in 1982. 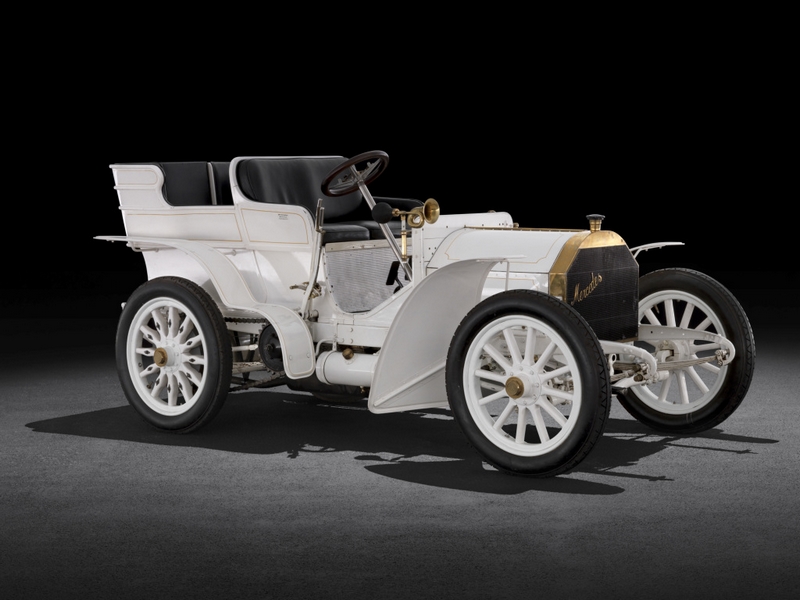 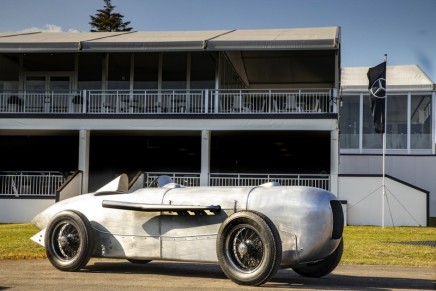 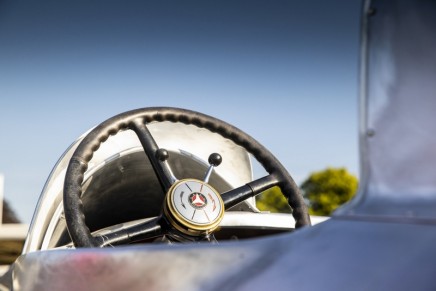 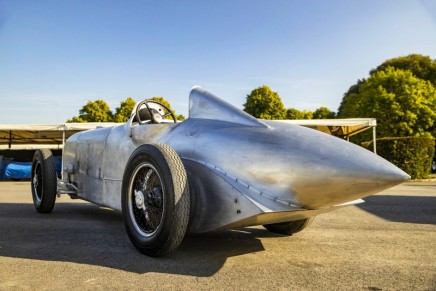