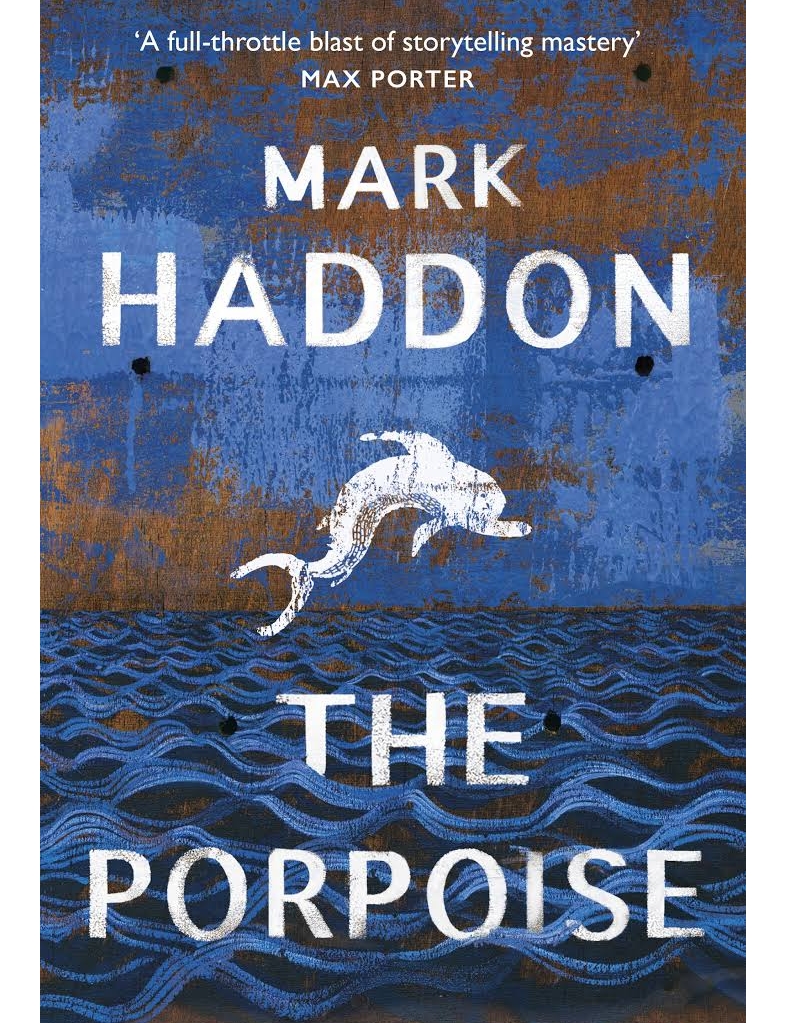 The porpoise by mark haddon – the cover;

This article titled “Mark Haddon on the magic of audiobooks: ‘I haven’t read a book properly until I’ve had it read to me'” was written by Mark Haddon, for The Guardian on Friday 12th July 2019 11.00 UTC

A confession. Until this year I’d never properly listened to the audiobook versions of my novels. I’d dipped in and out, but I’d never immersed myself completely. It’s not that the readers’ voices fail to match the voice in my head. It’s that the voice in my head is not really a voice at all. I think of it as a voice. It sounds like a voice. Then I stand up in public to read a passage I have scanned a hundred times during the writing of the book and realise that I don’t know how to pronounce Y Mynyddoedd Duon or holoprosencephaly (I stumbled over both while reading a section of The Red House at the Hay festival). How can any human actor recreate the flattering self-delusion and selective deafness of the text heard by your inner ear?

This year is the first time I’ve listened to the audio version of one of my books in its entirety, because Tim McInnerny reads The Porpoise so well that it has become the voice in which I now read the novel to myself. Like all really good actors he understands how little acting is needed. His gentle, self-deprecating bass never upstages the text. His voice is the place where the story happens and after a while we are aware of the story and nothing else. Does he know precisely how to pronounce the 14th-century English of the quotations from John Gower or is it just serene self-confidence? I neither know nor care.

Despite my reservations about listening to readings of my own work, I am an avid consumer of audiobooks in general and have little time for those who parade their snobbery about the supposed superiority of the written word. Some of the best reading experiences of my life have been listening experiences: Bleak House, read by Teresa Gallagher and Sean Barrett; Patrick Leigh Fermor’s A Time of Gifts, read by Crispin Redman. I stalled halfway through my Penguin Classics edition of Moby-Dick, then listened to Frank Muller read it and was utterly captivated. And frankly I would pay good money to listen to Juliet Stevenson read me the terms and conditions of my mobile phone contract.

There are downsides, of course, beyond poor performances and the wrong choice of reader. I’ve had to do a lot of driving over the past few years and audiobooks have regularly kept me company. But I love to underline passages in the books I’m enjoying so that I can return to them later, and there’s no way of doing this when the passages are being spoken and your hands are on the wheel. So I memorise idiosyncratic words in the parts I want to underline, download the text from Gutenberg when I return home, use the memorised words to search for the passages, print them out and paste them into a scrapbook. It’s borderline crazy and ridiculously inefficient.

And, yes, of course, you can find yourself drifting off while listening to an audiobook, but who hasn’t found themselves doing something similar while reading a paperback of Boswell’s Life of Samuel Johnson? I am more likely to suffer from the opposite problem. I had to give up listening to Anton Lesser reading Paradise Lost while driving because I would lose myself in those serpentine, Latinate sentences and come round to find myself in the fast lane of the M40.

One advantage audiobooks have over their physical counterparts – rarely mentioned either by fans or detractors – is that the reader doesn’t speed up or slow down. They force us to devote the same amount of time to each page. It is all too easy when reading a physical book to separate it unconsciously into important and less important sections, to read the latter more quickly, with less attention or to skip them altogether. As long as you don’t fast forward, Juliet Stevenson will make you pay equal attention to all sections of the text and there will be sentences of real beauty and insight in those supposedly less important sections that you will not have noticed before. I now deliberately listen to audiobooks of novels I love for precisely this reason. Indeed I’m tempted to say that I simply haven’t read a book properly until I’ve had it read to me.