The new McLaren model is an extreme two-seater with a bespoke carbon fibre chassis and body but no roof, no windscreen and no side windows. This new open-cockpit two-seater celebrates Bruce McLaren-designed 1960s McLaren-Elva sportscars.

The appearance of the McLaren Elva is as striking and unique as the driving experience.

McLaren continues to push the boundaries of supercar and hypercar development. McLaren unveiled its lightest road car ever, with bespoke carbon fibre chassis and body, unique carbon fibre seats and sintered carbon ceramic brakes. The vehicle is homologated for all major markets.

Like its McLaren P1, McLaren Senna and Speedtail predecessors, volume of the new McLaren Elva will be strictly limited: just 399 are being offered for customer order.

A 4.0-litre, twin-turbocharged McLaren V8 from the same family of engines that powers the McLaren Senna and Senna GTR combines with the lightest vehicle weight1 of any road car produced by McLaren automotive to give the superlight new Ultimate Series roadster truly breathtaking performance across the board. 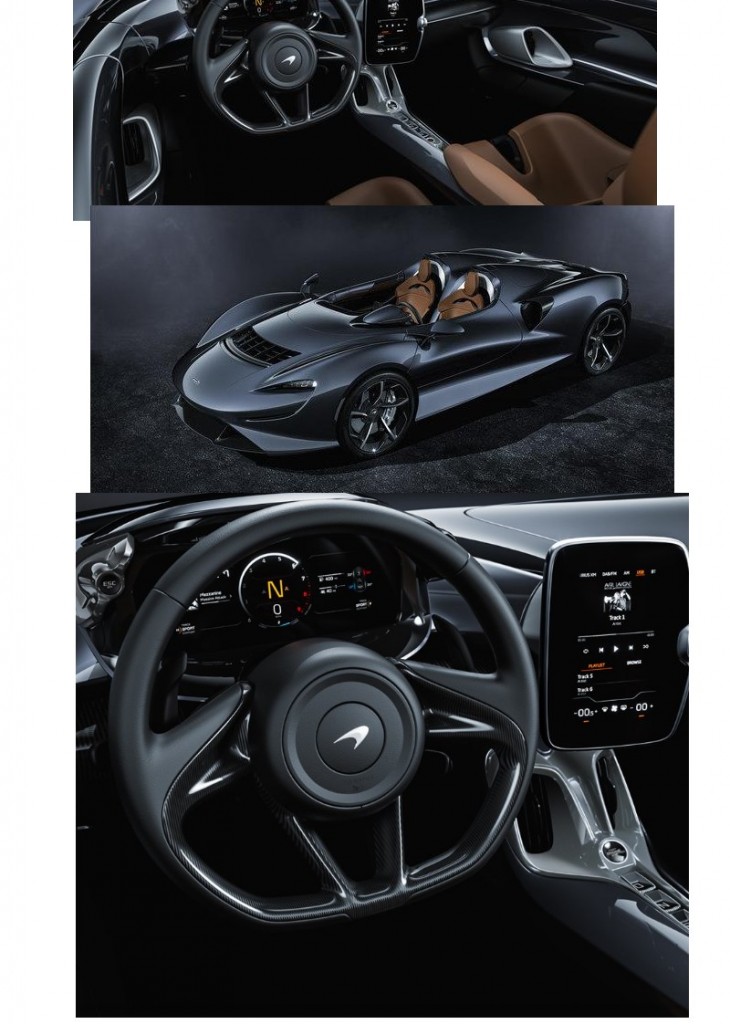 Customer deliveries of the McLaren Elva are scheduled to begin towards the end of 2020.

Large, carbon fibre rear fenders flow from the front of the door to the rear deck, while the height of the twin rear buttresses is minimised by using a deployable roll-over protection system.

Helmets can be worn if preferred, but the form and sculpture of the upper cabin wraps around the driver and passenger to provide a secure environment. A fixed windscreen derivative of the car is also available for most markets as a factory option.

“The McLaren Elva is a true Ultimate roadster; it exists purely for the pleasure of driving, to deliver an enthralling and immersive experience born from the ultimate connection between the car, the driver and the elements. The lightest road car we’ve ever built at McLaren automotive, the Elva is incredibly agile and ferociously fast, its 815PS twin-turbocharged V8 engine providing breathtaking performance that heightens every sense,“ commented Andy Palmer, Vehicle Line Director – Ultimate Series, McLaren Automotive.

A true connection with the elements is integral to the McLaren Elva driving experience but that hasn’t stopped McLaren innovating a world-first, the Active Air Management System (AAMS) to enhance driving pleasure. The system channels air through the nose of the Elva to come out of the front clamshell at high velocity ahead of the occupants before being directed up over the cockpit to create a relative ‘bubble’ of calm.

The seats are of a bespoke design, with a new lightweight carbon fibre shell that not only supports the head, shoulder and back area of the occupants, but works seamlessly with the upper shape of the cabin. The lower area of each seat is marginally shorter than a conventional McLaren seat, allowing enough space within the footwells for driver or passenger to stand should they want to in order to enter or leave the vehicle. 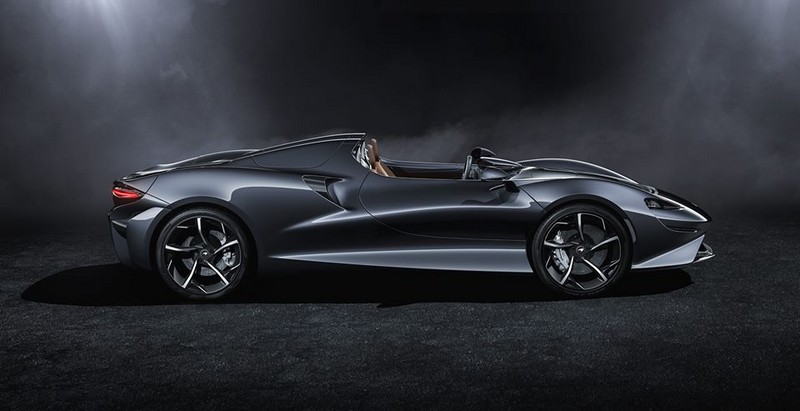 The McLaren Elva does not have an audio system as standard (in line with the determination to minimise vehicle weight) but customers can specify a bespoke system at no additional cost. Further non-cost options include 5-Spoke Super- Lightweight forged alloy wheels in lieu of the 10-Spoke Ultra-lightweight wheels fitted as standard; track-focused Pirelli P Zero Corsa tyres rather than Pirelli P Zero tyres; and a vehicle lift system.

Additional personalisation options available through McLaren Special Operations (MSO), the bespoke division of  McLaren, include interior colour choices for the Ultrafabric and leathers; virtually limitless exterior paint colours and almost anything else between a delicate pin-stripe on the wheels and a blended full-body ‘contour’ or ‘velocity’ finish that mixes multiple colours across the length of the vehicle.

The McLaren Elva can also be personalised with 18ct white gold or platinum badges that feature a TPT inlay. An automotive world-first when introduced on the McLaren Speedtail, thin-ply technology carbon (or TPT for short) is formed from multiple ultra-thin carbon layers just 30 microns in depth. Positioned at a 45-degree angle, when gently milled they expose a stratified, shimmering surface that resembles flowing water. Additionally, MSO offers a 24ct gold engine bay heat shield.

The new Ultimate Series McLaren is priced from £1,425,000 including UK VAT3, the final specification is determined by customer choice.

Power is directed to the rear wheels through a seven-speed seamless shift gearbox, and working in conjunction with a launch control function, the performance is breathtaking: 100km/h from a standstill (0-62mph) is reached in less than three seconds, while the McLaren Elva is quicker than the McLaren Senna to 200km/h (0-124mph) at just 6.7 seconds. 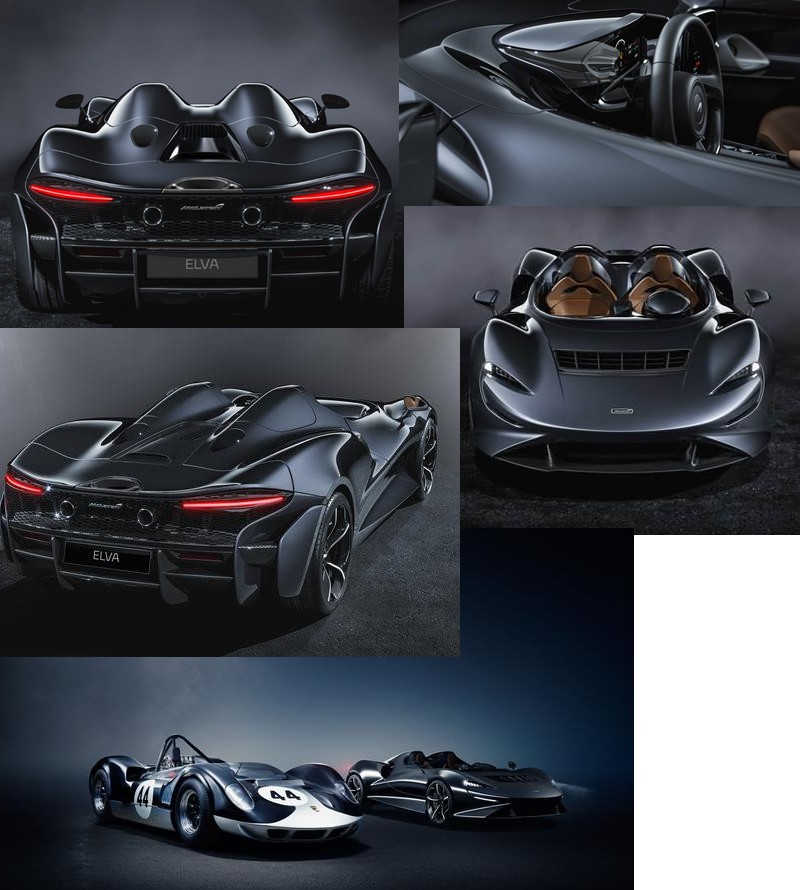 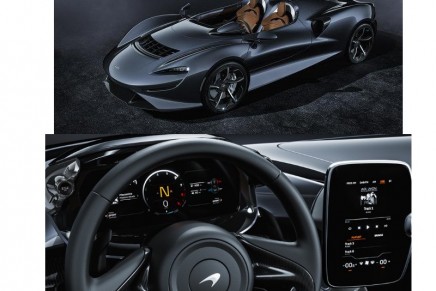 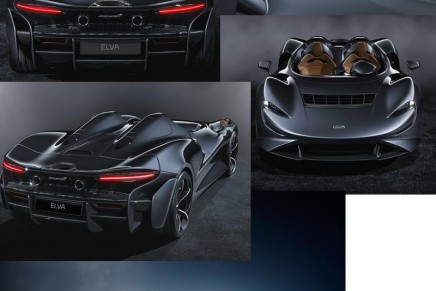 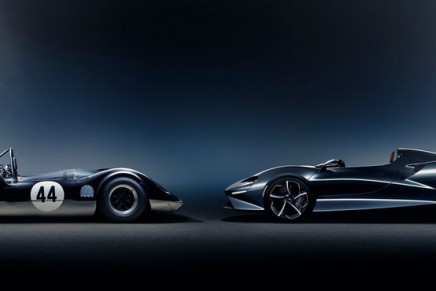