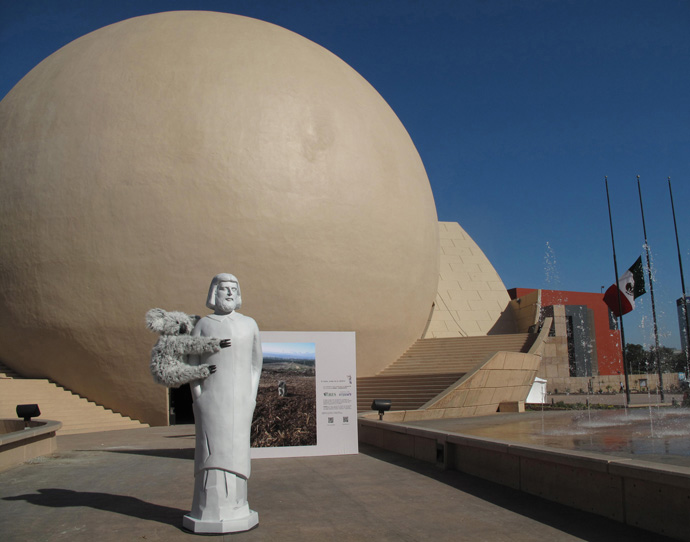 Native only to Australia, the Koala populationsare listed in the majority of eastern Australia as vulnerable to extinction. The main threat to the koala is loss and degradation of habitat. Organizations like WIRES from Australia are doing what they can to help koala populations survive. Wires is the largest wildlife rescue service in Australia, dedicated to helping sick, injured, orphaned or displaced animals in New South Wales (a state in the east of Australia).

An image of a koala appearing dazed and homeless was the centre of a large, outdoor installation at the festival Entijuanarte in Tijuana, Mexico (3 – 6 October 2013). The piece sparked debate among festival visitors.

The installation entitled The koala plagued by his fate confronted the audience with the future and options for survival of one of the world’s iconic species, the koala. The piece featured a koala clinging to a biblical-like statue with a backdrop of a WIRES image of a koala sitting on woodchips in a desolated, logged area of the Vittoria State Forest, NSW.

“This iconic image encapsulates the plight of the koala in Australia: The koala verses the need for timber,” says Justin McKee, WIRES spokesperson. 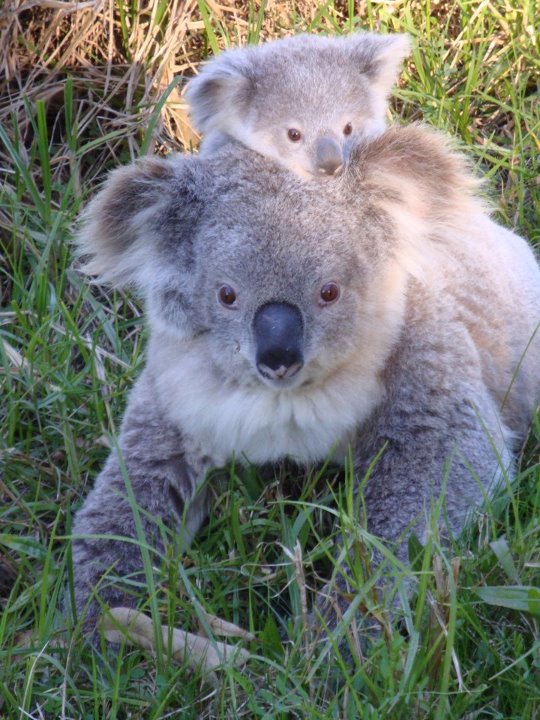 “On this side of the globe, we are used to seeing the cuddly koala in zoos. It is difficult to contemplate that this maybe where the koala ends up as a species; confined to public exhibition in a non-native environment,” said California based artist, Jerome Sli.

“The outcry to protect this unique creature from extinction is coming from all corners of the globe. While organizations like WIRES are doing what they can to help koala populations survive, ultimately it is the Australian Government that must lead an appropriate and timely response,” says Mr McKee. “WIRES is honored to have this opportunity to address the tens of thousands of people attending the festival and raise awareness about the issues of the koala in Mexico.

In its time, WIRES has rescued, cared for and released thousands of koalas back into the wild,” says Mr McKee. WIRES is the largest wildlife rescue service in Australia, dedicated to helping sick, injured, orphaned or displaced animals in NSW. 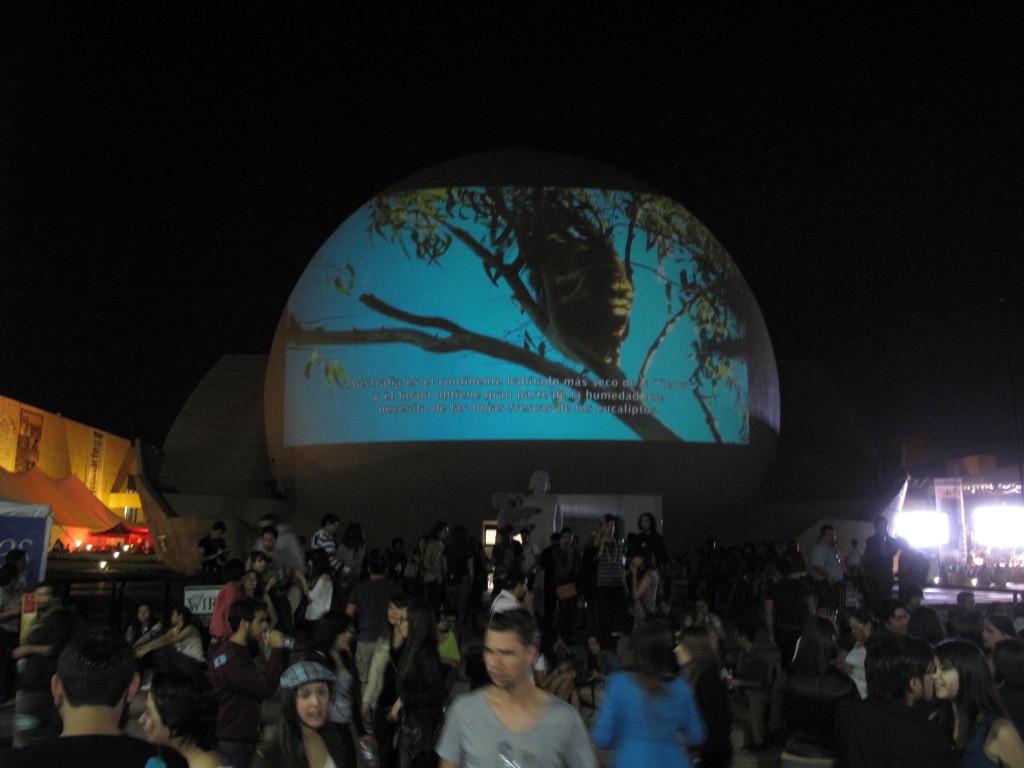 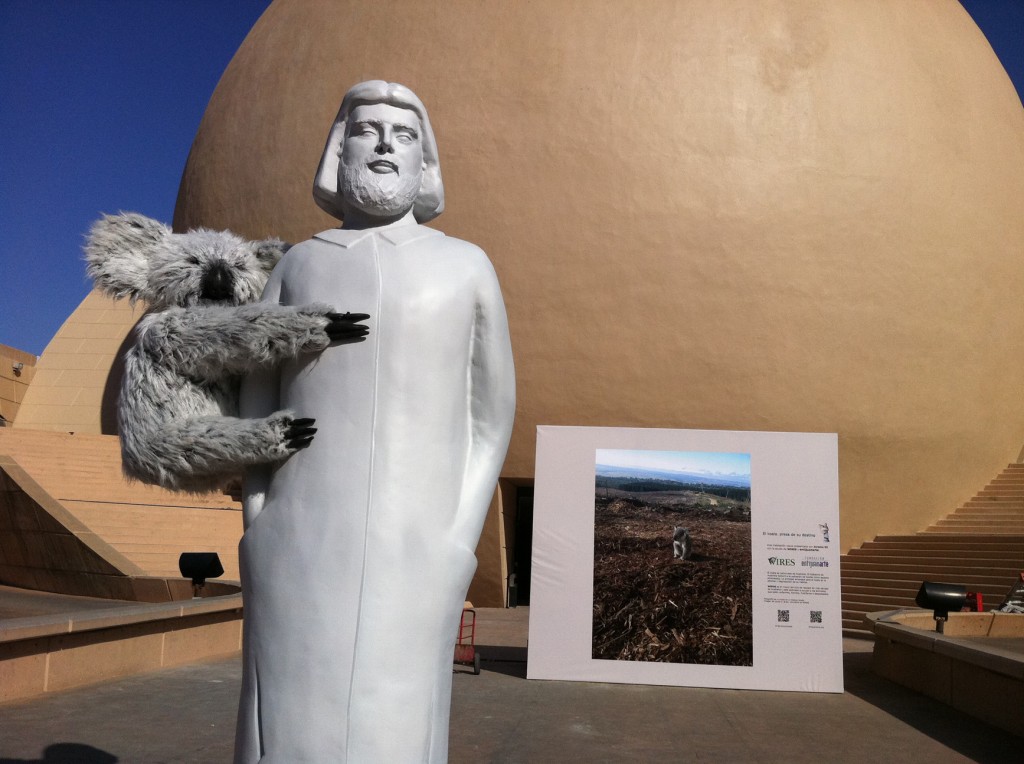