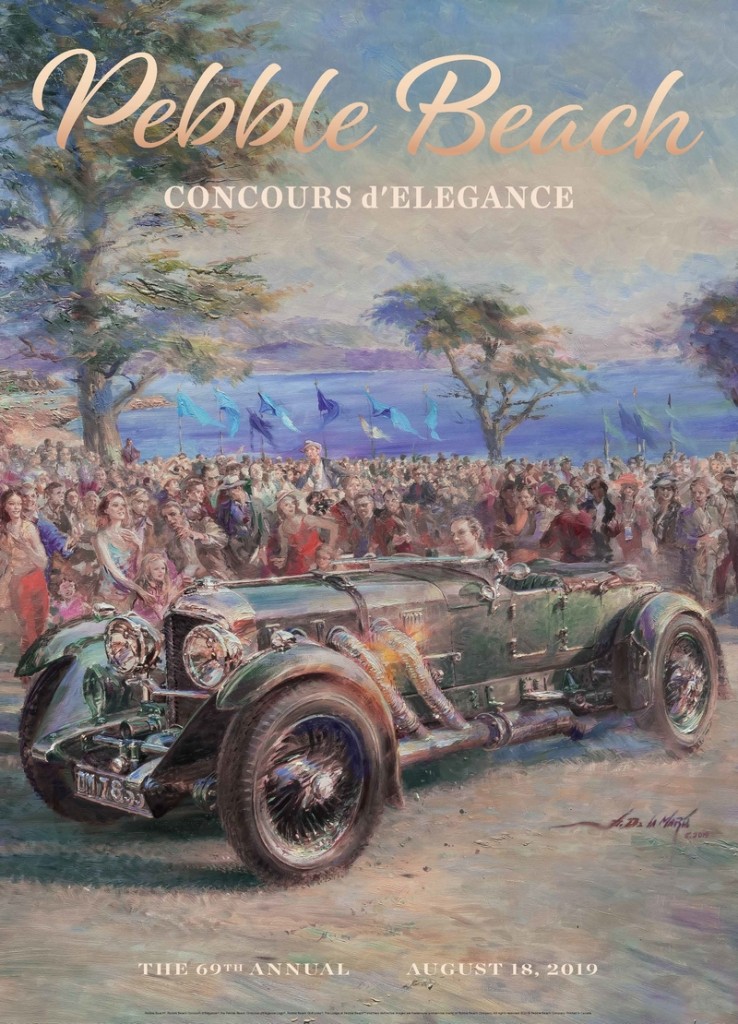 Every August, the history of the automobile rolls onto the competition field of the Pebble Beach Concours d’Elegance where, this year, 216 classic cars from 17 countries and 31 states represented the evolution of the automotive dream. The 1931 Bentley 8 Litre Gurney Nutting Sports Tourer of The Honorable Sir Michael Kadoorie of Hong Kong was presented with the prestigious Best of Show award at the Concours. 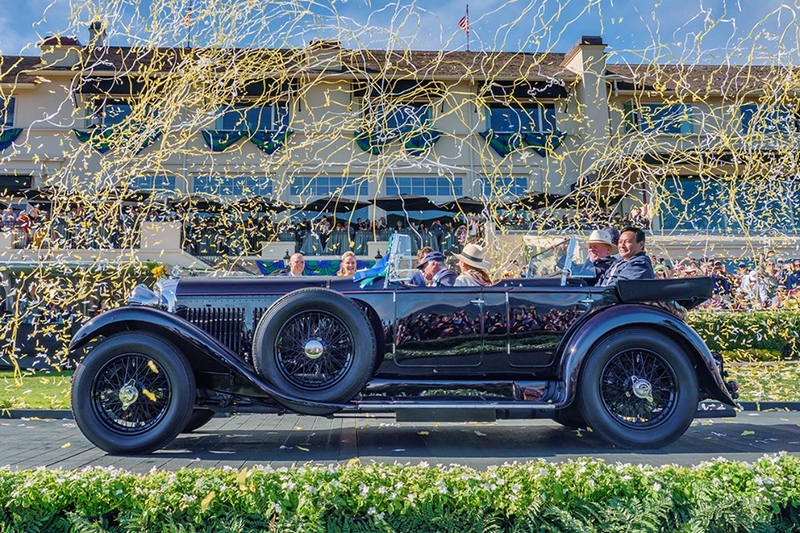 In its centennial year, Bentley took center stage at the 2019 Pebble Beach Concours d’Elegance, as one glance at the event poster made clear. The 2019 Pebble Beach Concours d’Elegance poster, painted by renowned impressionist Alfredo De la Maria, features what is likely the world’s most coveted Bentley 8 Litre. Ordered by pioneering Welsh aviator and Brooklands racer Captain Vivian Hewitt, it was the ultimate sporting machine, pairing a short chassis with a lightweight body, massive power (witness the enormous side exhaust) and large Le Mans–style fuel tank and gauges. Now owned by Daniel Sielecki, it remains an unrestored original.

The concours d’elegance is not a contest of speed, but of elegance. Automobiles are judged for their style and technical merit, as well as their history, their originality and the accuracy of their preservation or restoration—and the best garner reward and recognition.

Bentleys constituted about a quarter of this year’s Concours competitors, filling six complete classes with several special groupings. Offerings ranged from the earliest surviving 3 Litre to a multitude of racing greats and superlative postwar cars.

“This Bentley exudes strength and confidence, and that translates into elegance,” said Concours Chairman Sandra Button. “Yes, this is a fast, strong, sturdy car, but it also has perfect proportions, a stunning stance, and a boldness that draws you to it. When you drive it, it does everything you ask of it.”

“The Centennial of Bentley may have played a role in this award,” Sir Michael said, “but the 8 Litre is the ultimate W. O. Bentley–era automobile. This is the car that represents Bentley at its finest, and I have been very fortunate to have a car that has this elegance and finish, and that the Pebble Beach Concours feels is worthy.”

Walter Owen Bentley, who preferred the simple moniker “W.O.,” founded his namesake company on July 10, 1919. The brilliant engineer, who pioneered the use of alloy metals in automotive and aircraft engines, served at its helm just a dozen years before the financial stress of the Great Depression forced the company’s sale to rival Rolls-Royce. But in that short time, Bentley forged a legacy that survives to this day—as does the Bentley marque, now part of the Volkswagen Group.

“W.O. made an indelible mark on history,” said Peter Hageman, Concours Selection Committee member. “He created heroic cars that were driven to glory by heroic men and women. Their stories fueled the imaginations and desires of a host of early automotive enthusiasts, and they continue to inspire us today.” 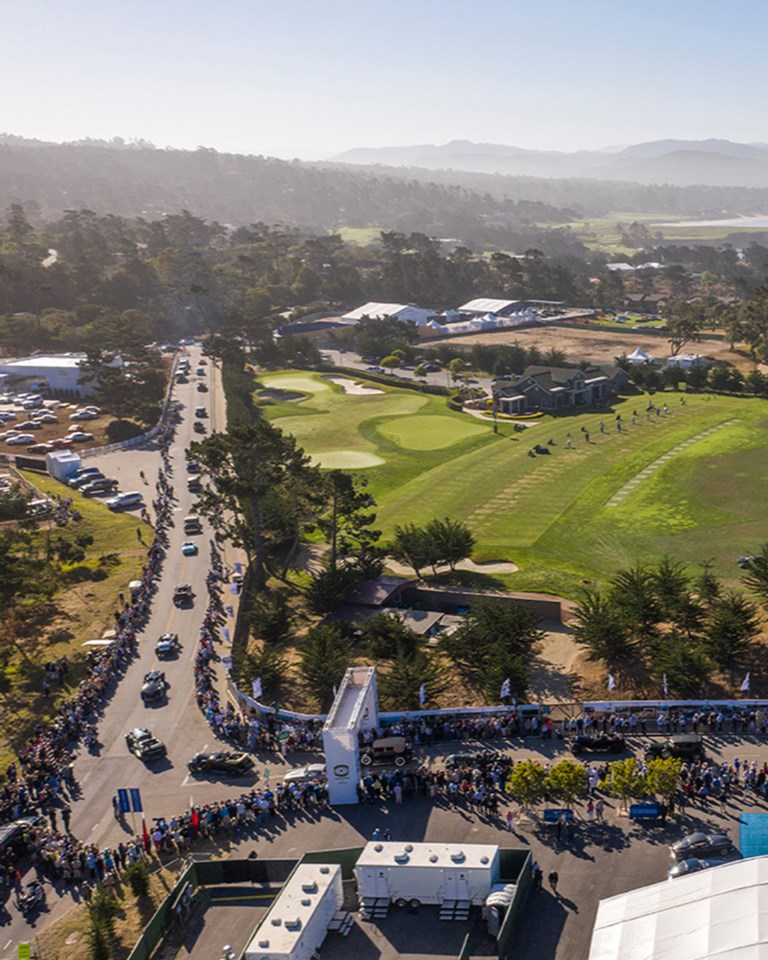 A bird’s eye view at the start of the 2019 Tour d’Elegance presented by ROLEX;; photo: Sherman Chu Photographer

Bentley last claimed the Best of Show trophy at the Pebble Beach Concours in 1965.

The 2019 Pebble Beach Concours d’Elegance featured the following marques and special classes among others: Bentley Centennial, Zagato Centennial, Bugatti Race & Touring Cars, Historic Hot Rod “Cover Cars”, Thomas Flyers Ballot, and Lamborghini Miura In tandem with the competition between extraordinary historic automobiles, the Concours also served as gracious host to some of the world’s most anticipated concept and new car debuts each year.

The 2019 automotive event raised more than $2 million for charity. Through the Pebble Beach Company Foundation, the primary charitable partner of the Concours, these funds will benefit more than 80 local charities, impacting the lives of more than 10,000 children annually in Monterey County. 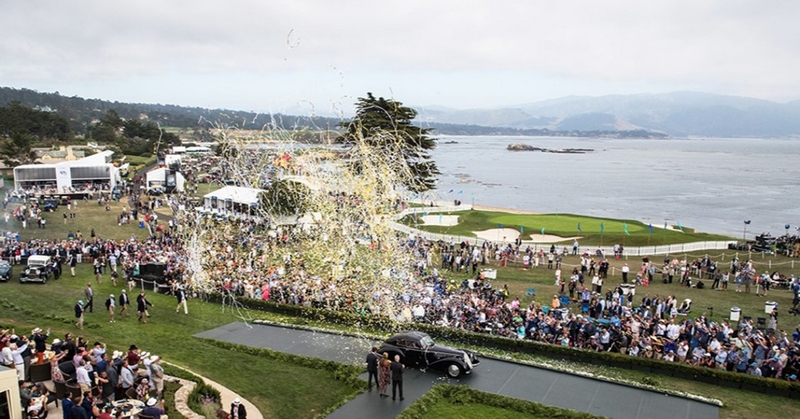 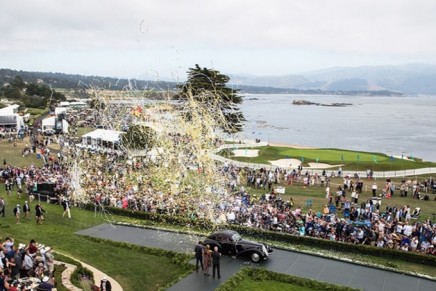 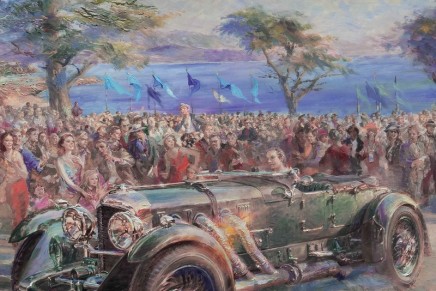 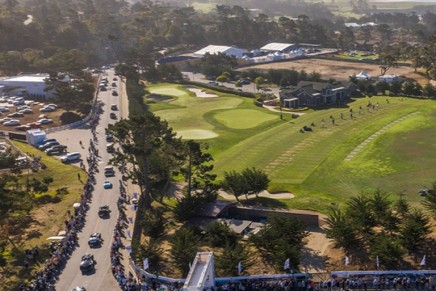 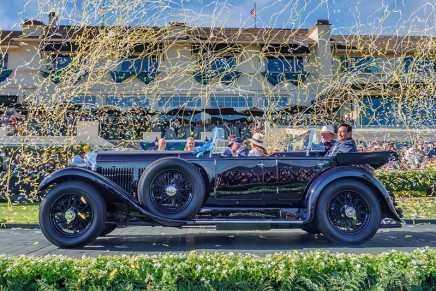