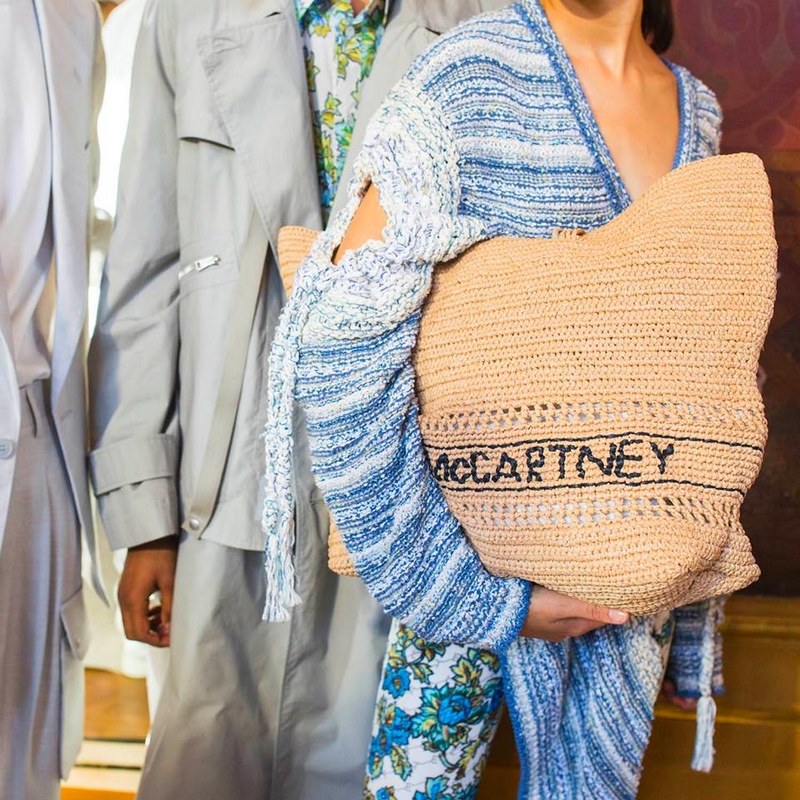 This article titled “Stella McCartney in punchy mood in first show as brand’s boss” was written by Jess Cartner-Morley, for theguardian.com on Monday 1st October 2018 17.16 UTC

For the first time in her 21 years at Paris fashion week, Stella McCartney took her catwalk bow not only as designer, but as the sole owner and unchallenged boss of the brand.

In March, McCartney bought out the 50% owned by Kering, with which she founded her label 17 years ago after leaving Chloé. Backstage after the show, she waved away the suggestion that the event felt different as a result.

“I have lived and breathed this brand all along,” she said. “It’s always been my name above the door, my face as the face of the brand. So for me nothing has really changed, but I think what it has done is given everyone else on the team a boost. It’s bold, it’s exciting and it’s put a spring in everyone’s step.”

McCartney’s aesthetic oscillates between the dreamily bohemian and the athletically urban. This season she was in a punchy mood, and swerved toward the latter. The show opened with a neoprene playsuit, conjoining a swimsuit top half with cycling shorts, covered in bold blue flowers.

Next was an off-white trouser suit that oozed the savoir-faire McCartney brings to her suiting, for men and women. (There was even a ticket pocket, that extra smaller pocket located just above the waist on the right-hand side of the jacket, which is a classic Savile Row touch.) Jumpsuits, a Stella staple, came as silky flight suits and organic denim boilersuits.

McCartney does not use leather, on moral and environmental grounds, a stance that for a long time was assumed to be a significant brake on her business ambitions. But sustainability is casting off its worthy image and becoming increasingly inseparable from aspiration – there being few concepts more fundamentally aspirational than the survival of the planet – and Stella-logoed handbags, in every shape from backpacks to totes, were impossible to miss on a catwalk where several models carried more than one. The focus on accessories suggested that the brand has its eye firmly on the commercial prize.

The designer’s newly minted “girlboss” status felt significant at a Paris fashion week at which the premier talking point has been an about-turn at Céline, where the female-friendly aesthetic of Phoebe Philo has been upended by the new designer Hedi Slimane.

“Is a woman’s point of view relevant at fashion week? You’d hope so, wouldn’t you?” said McCartney after her show, but she was reluctant to be drawn further. (Without getting snarled in the annals of fashion history, McCartney’s positioning vis-a-vis Céline is complicated by a rivalry with Philo, who was once her assistant.) “For me, it’s always been about equality between men and women,” she said. “Our brand is about allowing someone to be confident in themselves, whoever they are.”