Each year new beauty trends rise to the forefront, and 2013 is no different as Wella Professionals’ Global Creative Directors collaborated to identify four emerging styles: Fusion, Decibel, Echo, and Allegra. These Hair Trends for 2013 revealed at the 10th Annual International Trend Vision Awards  in a collection inspired by the Sound of Color provides inspiration to stylists and women.

“I react very well with music–I see colors, I see textures, I see shape, I see movement, I get a feeling for the character that we are trying to create for a collection; so, for me, marrying those two areas is a totally natural process,” said Eugene Souleiman, Wella Care and Styling.

Josh Wood, Wella colorist, added that these trends have “given me as a colorist the license to break all the boundaries and experiment.” Inspired by this new level of artistry, Wella’s creative duo referenced these trends at the Spring 2013 fashion shows and are ultimately influencing future styles in the year ahead. 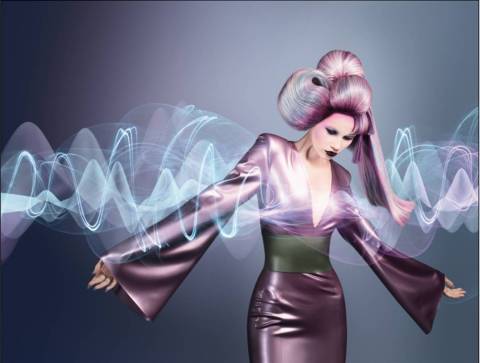 Defined by the merging of Eastern experimental spirit with Western culture, Fusion embodies the contradictions of a modern day geisha meets club girl. There is a graceful and minimalistic elegance to this sculptured look, which is perfectly represented by the traditional sumo wrestler style at Haider Ackermann’s Spring ’13 show. Souleiman created a modern twist with a ponytail tied away from the crown and folded back on itself. There is also a shift away from the super natural hues into the more precious pastel territory to allow an altogether more sophisticated palette of willow and porcelain with pastel accents – a look that Wood says is “creativity gone to the next level.” 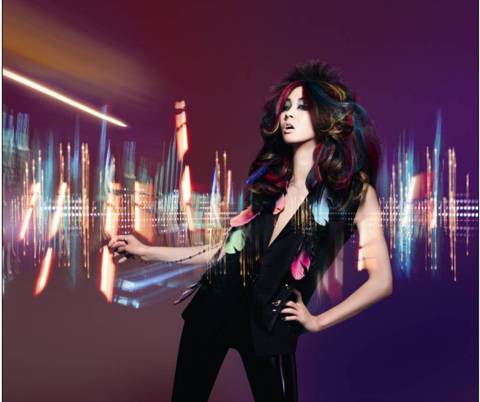 Decibel is the antithesis to generic, pristinely finished hair. “This trend is all about the feeling of a technical style becoming unfinished, left looking raw and unpolished,” Souleiman asserts. At the Missoni Spring 2013 show, the Decibel theme of expressive, disconnected hair was brought to life with a smooth and sleek top section contrasting with free and flowing mid-lengths. A similarly expressive concept is conveyed with textured looks intensified by pops of virtual colors seen at the Peter Som Spring ‘13 show. The style and color collaboration pay tribute to the ‘70s period of glam rock that allowed a freedom and empowered women to experiment with fashion and beauty without the restriction of rules. 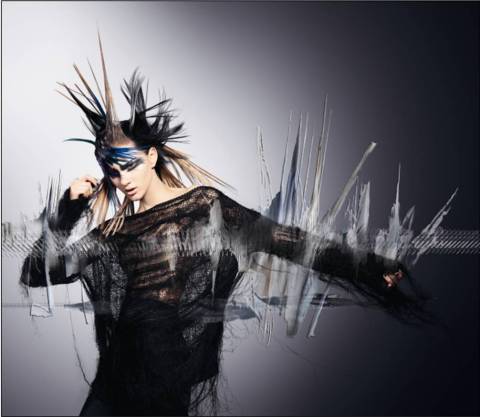 Echo is not only a reflection, but a reaction to the world’s current state of affairs and economic downturn. This trend represents the complicated, introverted personality that transcends to a hairstyle designed with this inherent tension in mind. The impression is a chic yet tormented soul, who struggles with the harshness of life but has a romantic melancholic side to her. “She’s obviously a forward thinking woman with this kind of conflict in her,” said Eugene Souleiman. Tory Burch’s Spring ’13 show featured a windblown fishtail braid that exhibits the dichotomy of disheveled, yet complicated look. The color palette is just as emotional with a juxtaposition of incredibly natural looking tones against incredibly dense tones. 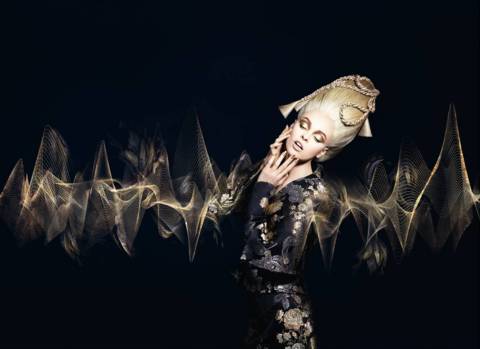 ALLEGRA: The Object of Beauty

Allegra is an extreme contradiction to Echo because she escapes into the bright world of the decadent elite by completely embracing the ostentatious culture she was born into. Allegra is enamored with her own beauty and views herself as a piece of art. “She’s an object of beauty and desire and she loves that,” adds Eugene. Her hair is healthy and clean, embodying her perfection. The color palette is a brazen gold, rose gold, platinum, green gold.