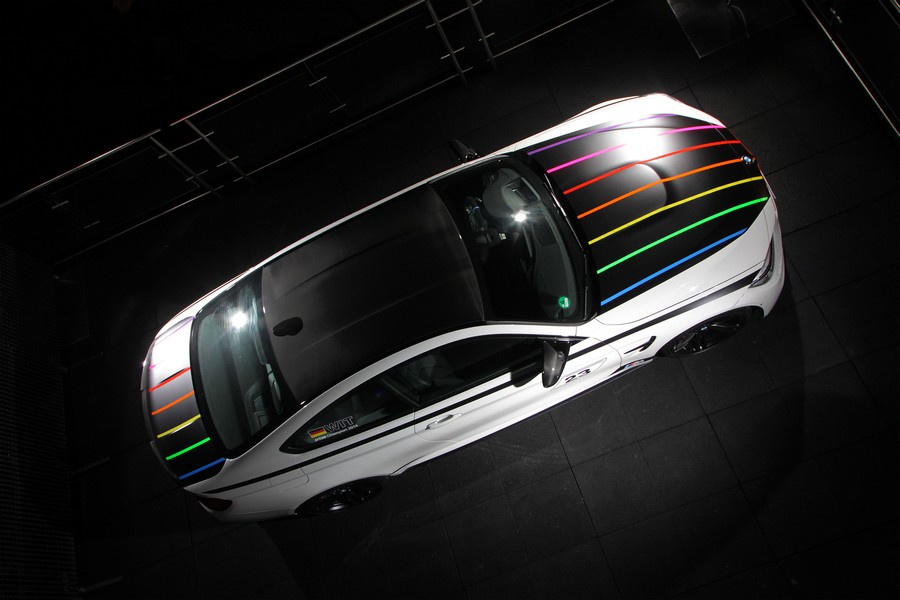 Keen to celebrate this success in fitting style, BMW revealed the Champion Edition model (0 – 100 km/h / 62 mph in 4.1 seconds, fuel consumption combined: 8.8 l/100 km [32.1 mpg imp]; CO2 emissions combined: 204 g/km). In a tribute to the Ice-Watch BMW M4 DTM, the Champion Edition will be offered exclusively in Alpine White. The other signature features of the special-edition model, which will be refined exclusively at the BMW Individual Manufactory in Garching (near Munich, Germany), will likewise display close links with the victorious BMW M4 DTM. The matt-black bonnet and boot lid with the eye-catching stripe design make an excellent visual complement to the standard CFRP roof, as does the black character line along the car’s flanks. 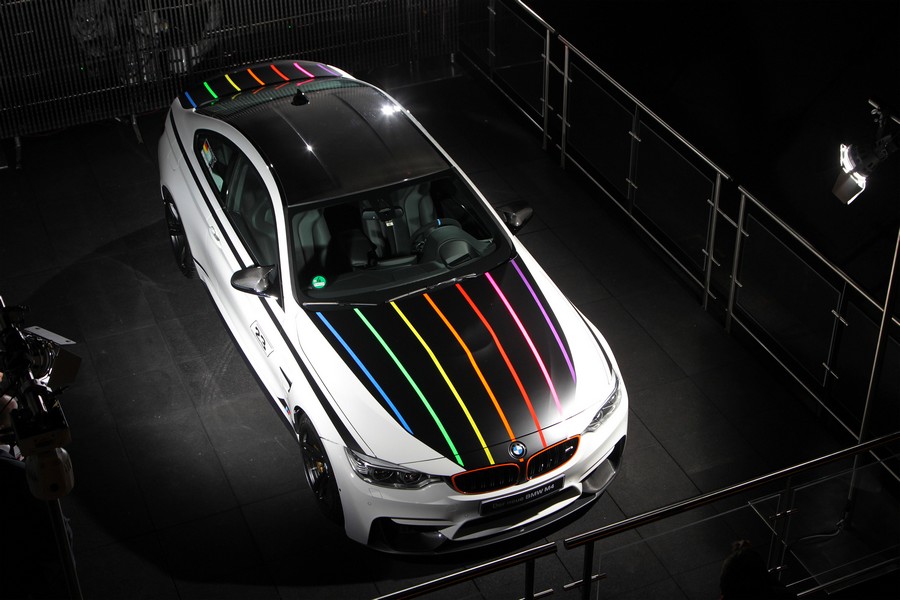 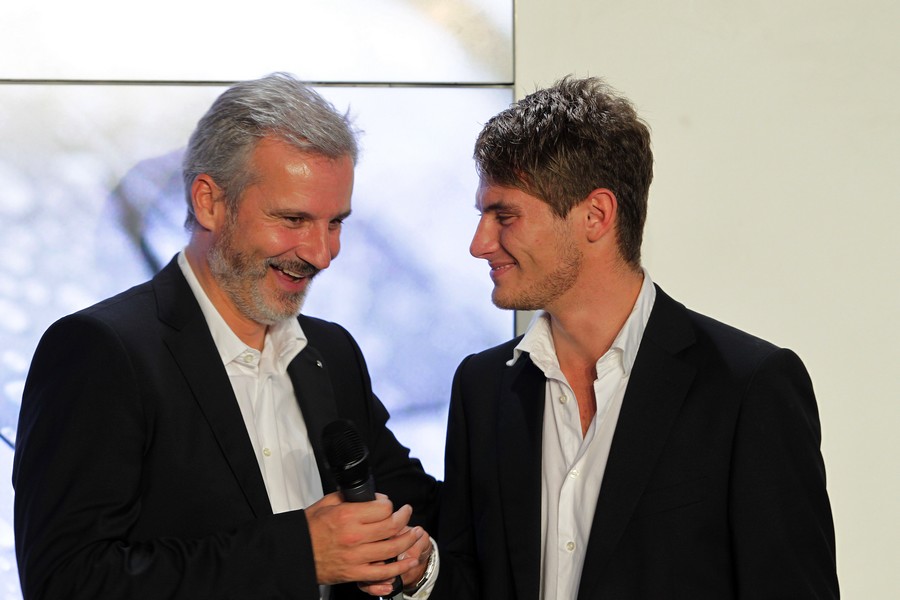 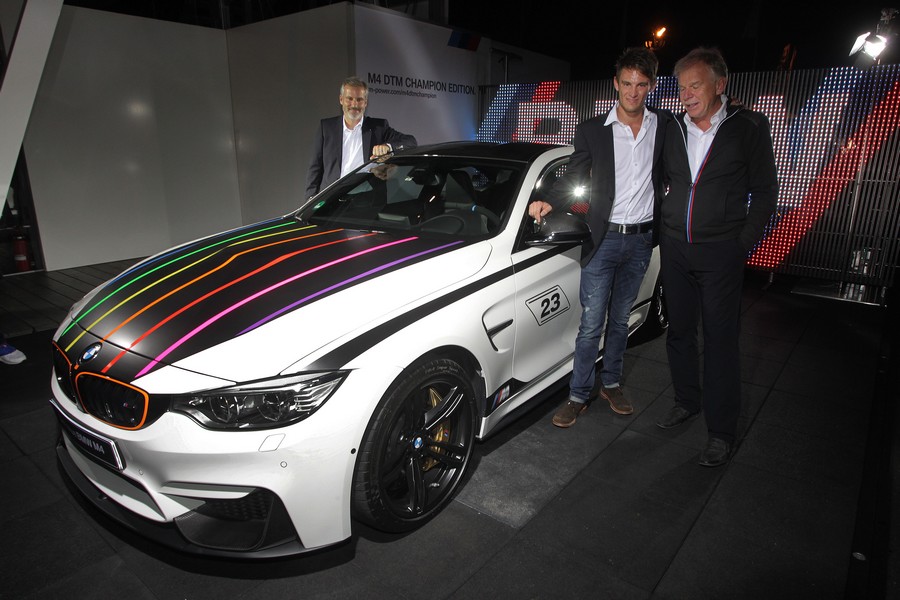 Added to the mix are an M kidney grille with orange surround, an M logo rearwards of the front wheel arches, the number 23 on the doors and the flag along with “WIT” and “DTM Champion 2014” lettering on the rear side windows. The BMW M4 DTM Champion Edition is also fitted with 19-inch light-alloy wheels, a black front splitter, a black side skirt blade, carbon front flaps, carbon mirror caps, a rear spoiler and a carbon diffuser insert from the M Performance Parts range.

The Champion Edition underlines its exclusivity once again when you step inside. The door sill plates bear Marco Wittmann’s autograph, while carbon interior trim strips – likewise signed by the 24-year-old from Fürth, Germany – feature “DTM Champion 2014” lettering and the car’s serial number. 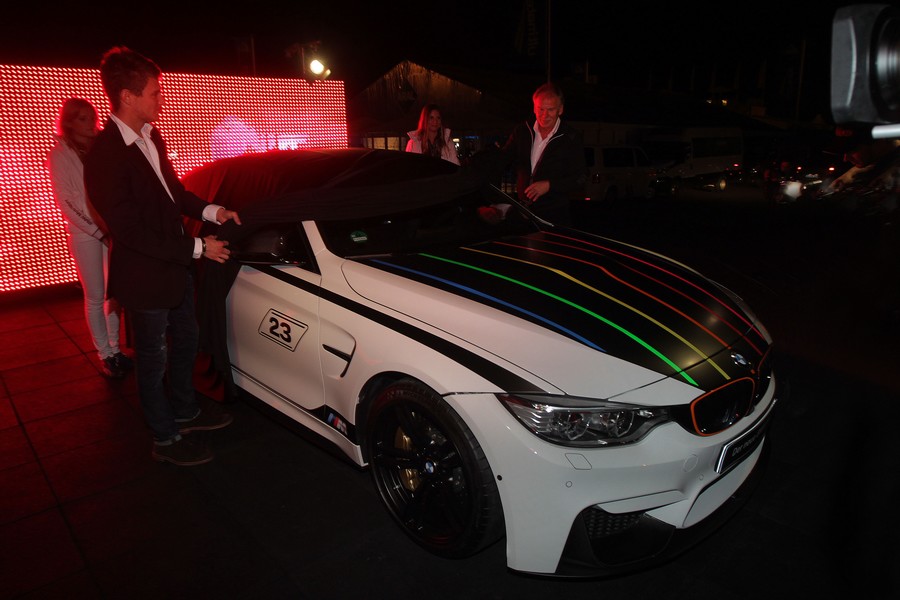 “Marco Wittmann has an extraordinary season behind him, in which he has given BMW Motorsport an awful lot of pleasure,” said Marquardt. “It is now our turn to reward him for his efforts. The contract renewal for the coming season is a logical step for us, as he has consistently impressed us in the three years he has been working with us within the DTM – both on and off the track. For this reason, BMW M GmbH has come up with something very special. I am delighted that we can also make his childhood dream come true with the Formula One test. Thanks to the relationship we enjoy with our premium partner Red Bull, it was possible for us to organise a test drive in the Toro Rosso. We are excited to see how he fares in this car – and are then looking forward to more top- class performances from Marco in the BMW M4 DTM.”

“The production version of the BMW M4 Coupé is the new centrepiece in our range. We could obviously not have hoped for anything better than for Marco Wittmann to win the BMW M4 DTM’s very first race and to end the season as the champion in the drivers’ and team standings,” said Friedrich Nitschke, Chairman of the Board of Management of BMW. “You cannot get more emphatic proof of the performance of our cars. Therefore, it is a pleasure for us to recognise Marco Wittmann’s performances by launching a BMW M4 DTM Champion Edition in the colours of his Ice-Watch BMW M4 DTM. The Champion Edition will be built in a limited run of 23 units, reflecting Wittmann’s car number – a very special memento of a very special season.”

“I am overwhelmed,” said Wittmann, given the wealth of surprises awaiting him after the season finale. “The entire season has been incredible. After all, coming into the opening race of the season here in Hockenheim, I never believed I would be standing here in the same place as the DTM champion. And then to have my contract as a BMW works driver renewed and receive a Formula One test – that is a dream come true for me. I cannot find the words to express how proud and happy I am to be part of the BMW family. The BMW M4 DTM Champion Edition in my colours is the icing on the cake at the end of this outstanding year. The car looks fantastic. I can hardly wait to take it out for a drive. And the test in the Scuderia Toro Rosso F1 car will definitely be an amazing experience.”