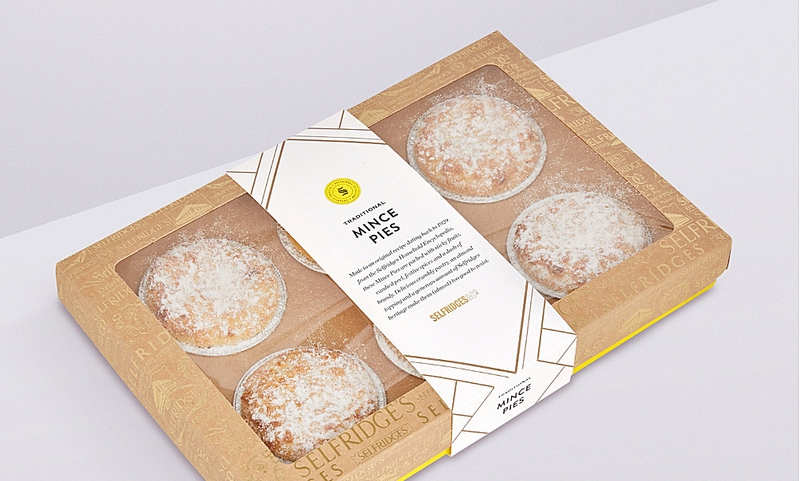 This article titled “Selfridges is selling Iceland own-brand mince pies – and proud of it” was written by Rebecca Smithers Consumer affairs correspondent, for The Guardian on Monday 15th October 2018 10.49 UTC

Boxes of Iceland mince pies have made a low-key debut in Selfridges’ food halls this year, sharing the aisles with £1,450 tins of beluga caviar and £5,000 Christmas hampers.

The unusual collaboration between the upmarket department store and the frozen food specialist is on sustainability grounds, as both retailers seek to boost their environmental credentials by committing to removing palm oil from their own-brand ranges.

Iceland – which has shrugged off its links to Kerry Katona and doner kebab pizzas to enjoy a revival in sales by offering “luxury” foods to broaden its appeal – got there first.

Selfridges praised its competitor’s products, priced at £1.89 for six: “We’re committed to becoming completely palm-oil-free by Christmas 2019, so these delicious palm-oil-free mince pies by Iceland offer a little taste of what’s to come. For us, there’s no point palming off the inevitable – together we must end deforestation.”

In April Iceland became the first major UK supermarket to pledge to remove palm oil from all its own-brand foods in a bid to halt the ongoing destruction of tropical rainforests in south-east Asia. It said the controversial ingredient had already been taken out of half of its own-label range, with the rest to be reformulated by the end of 2018.

Palm oil – a cheap and mass-produced ingredient renowned for its versatility – is currently found in more than half of all supermarket products, from bread, pastry, biscuits, cereal and chocolate to soap and detergent.

But only a small percentage of palm oil comes from an officially approved sustainable source. In Indonesia and Malaysia, where expanding palm oil and wood pulp plantations are the biggest driver of deforestation, the orangutan is among the wildlife species threatened with extinction.