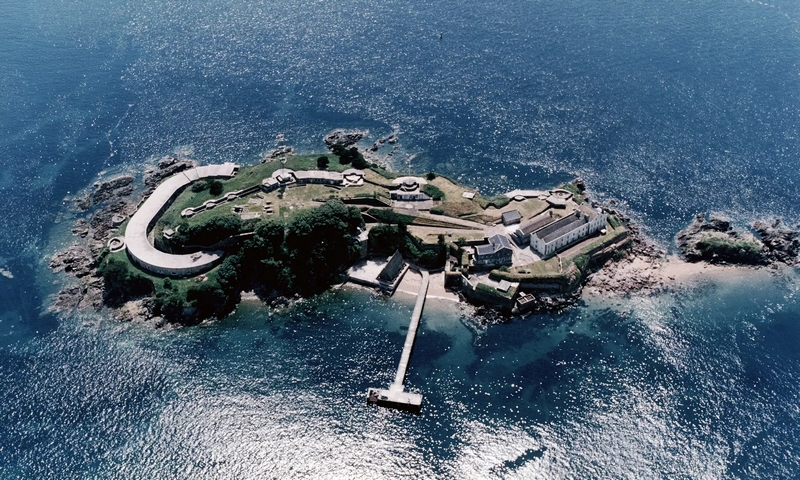 Drake’s Island boasts six acres of land, a 16th-century barracks and a series of tunnel; theguardian.com

A fortress island in Plymouth Sound that includes 16th-century barracks and a series of tunnels has gone on sale with a guide price of £6m.

Drake’s Island, named after the seafarer Sir Francis Drake, has planning permission for a luxury hotel and spa complex. However, a new owner may have other ideas for how best to use the six-acre plot.

The Devon island boasts an extraordinary history. Drake set sail from it in 1577 to circumnavigate the globe and it played a crucial role in defending the maritime city from French and Spanish invasions.

It has also been used as a prison, a religious centre, a refuge and, most recently, an adventure training facility, which closed in 1989. In 2005, anti-nuclear campaigners briefly set up a peace camp and declared the island a nuclear-free state.

The island was bought by Dan McCauley, a businessman and former chair of Plymouth Argyle FC, in the mid-1990s and last year permission was obtained to build the hotel and spa.

JLL property consultancy is offering the freehold of the island for sale. John Kinsey, the lead director of JLL in Exeter, said: “Drake’s Island is a remarkable piece of British history and a much-loved landmark that the Plymouth community holds close to its heart. It has long been the owners’ priority to bring the island back into sustainable use for the benefit of visitors, local residents and the wider economy.

“With the added attraction of planning permission for a luxury hotel and spa, this is a unique opportunity to lead one of the south-west’s most exciting and unusual developments. But of course, that’s only one permitted approach. Now being sold freehold, it means the future is wide open for this historic island.”

McCauley’s son, Aidan, said his father had an affinity with the city and had long-held a vision to see the island brought back into use. He added: “As a family, we are passionate about seeing his vision turned into a reality and are exploring all options to make this happen.”