Conscious of the current circumstances and its waves of radical change, Saint Laurent has decided to take control of its pace and reshape its schedule. 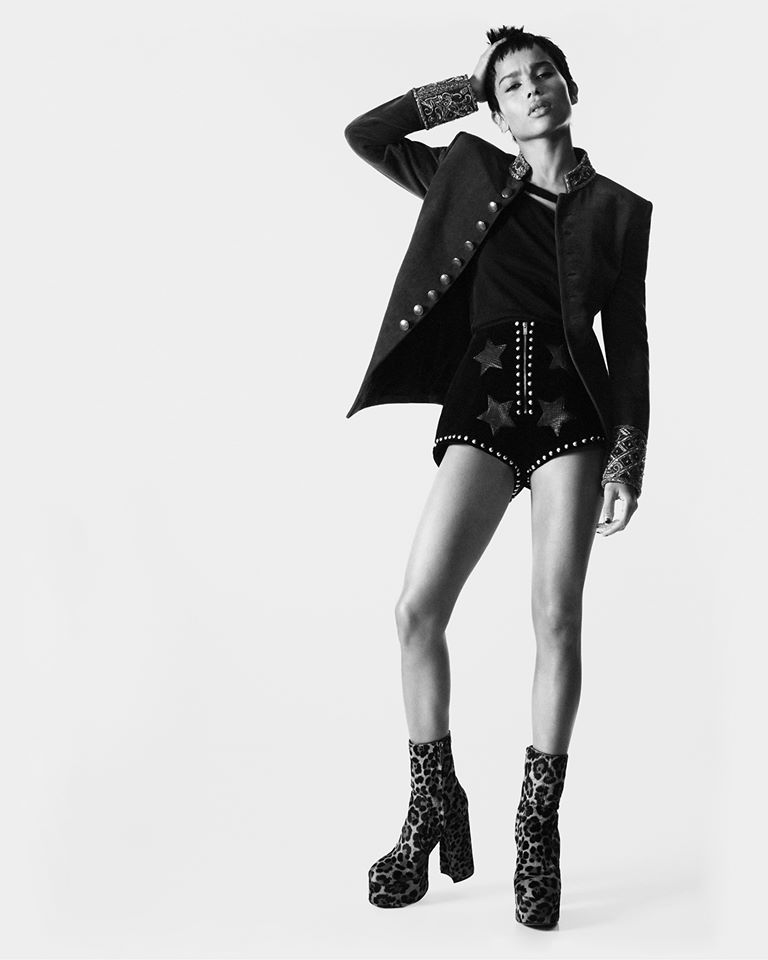 @saint laurent/ YSL SERIES 06⁣ PHOTOGRAPHED by DAVID SIMS⁣ ; CURATED by ANTHONY VACCARELLO who revisits his various artistic collaborations and selects his most emblematic images through the years.

This article titled “Saint Laurent has left the Paris schedule. Is this the end of fashion week as we know it?” was written by Lauren Cochrane, for theguardian.com on Wednesday 29th April 2020 05.00 UTC

Saint Laurent has announced that it will remove itself from the fashion calendar. It is a decision that feels like the first step towards a post-coronavirus future in the industry. The French brand will no longer adhere to the fashion calendar of showing collections twice a year on the international fashion calendar – instead, it will create its own. “Saint Laurent has decided to take control of its pace and reshape its schedule,” the company said in a statement released on Monday. It will “launch its collections following a plan conceived with an up-to-date perspective, driven by creativity”.

What precisely this entails is, as yet, unclear. In an interview with the website Women’s Wear Daily (WWD), Saint Laurent’s creative director, Anthony Vaccarello, and CEO, Francesca Bellettini, suggested there may yet be a Saint Laurent show this year – even if not in the fashion week allocated schedule – and that the brand may now move to “formats that are more intimate and closely aligned to the final customer”. This could include digital shows, more select presentations for press and buyers, and so-called trunk shows, the social-distancing-friendly events where brands show their collections to a smaller guest list of high-end customers.

From sport to art, music to manufacturing, almost all industries are adapting their established annual schedules to the impact of the coronavirus crisis – and fashion is no exception. With fashion weeks cancelled and cruise shows postponed, the very existence of the fashion calendar, where press and buyers travel to different cities around the world biannually, is being called into question. The men’s shows coming up in June in London are to be switched to a digital format while Moscow fashion week this month was shown online. Sometimes this goes beyond simply presenting a collection and instead uses all the technology available to create an immersive experience. In Shanghai, fashion presentation Xcommons used augmented reality to, as it put it, “replicate, transform and bring the logic, process and the etiquettes behind traditional fashion shows into the digital age”.

This month, Balmain’s creative director, Olivier Rousteing, Chloé’s creative director, Natacha Ramsay-Levi, and Balenciaga’s CEO, Cedric Charbit, spoke to Vogue about the future of the fashion show and the potential move to digital – a far more difficult prospect for an international megabrand than the small brands in Shanghai and Moscow. Ramsay-Levi argued that the fashion show – an event where about 600 invitees gather in a room – was important as “a moment where you can gather the community; it’s a moment where there is human sensitivity”. Rousteing, a card-carrying millennial who has built his following online with close to 6 million followers on Instagram and “THIS IS MY REALITY” as his bio, had a different point of view. “I don’t see digital as less emotional, I see digital as an experience where you can push your dreams to the next level,” he said. Both agreed that a more inclusive approach was needed – with Rousteing wanting to bring the fashion show to the streets. At the moment, bringing them to screens might be the next best thing.

The fashion show format has existed in one version or another for about 70 years. Saint Laurent’s Vaccarello and Bellettini, in the interview with WWD, stressed that their move – while prompted by the coronavirus crisis – reflects a mood that has been in fashion for some time.“We have known for years that something has to change,” said Vaccarello. “The time is now. There is no good reason to follow a calendar developed years ago when everything was completely different.”

The designer suggested a slower way of working is the way to avoid burnout and keep creativity in the future of fashion. “I don’t want to rush a collection just because there is a deadline,” he said. “This season, I want to present a collection when I am ready to show it.” This idea echoes the way that fashion’s favourite maverick, Azzedine Alaïa, worked. The designer, who died in 2017, left the fashion show calendar in 1992, reverting to a practice of holding intimate presentations only when he was ready to do so. It may be that, nearly 30 years and a crisis later, the rest of fashion is coming around to his way – and, indeed, other ways – of thinking beyond the catwalk.