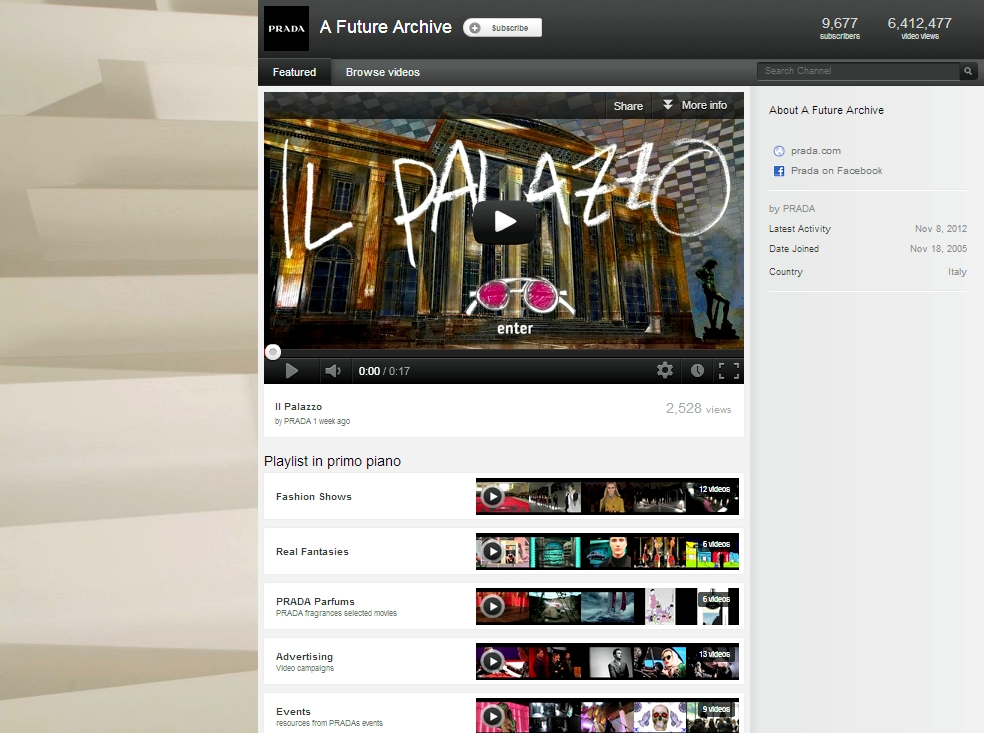 New social channels and the explosion of video content have opened up doors for brands to own the conversation with their audience and bypass traditional gatekeepers (and in the process save millions of dollars in ad spend).

Prada, Burberry and Louis Vuitton have the best social video strategy in the luxury brands category, according to a new global report by branded video distribution network, goviral.

The first goviral Social Video Equity Report lists the top 100 most powerful brands in branded content in 2012. Energy drink Red Bull beat technology giants Google (2nd) and Samsung (5th), with Apple and Microsoft both failing to make the top ten, coming in at numbers 11 and 37 respectively.

“We wanted to look at how brands were using social video to connect with their audiences and which ones had seen the biggest return on their eorts in 2012. Ultimately, the reward is for a brand to become part of the conversation rather than sit ignored on the sidelines in a 30 sec ad break,” states the authors of the study.

The report explored how video content is being used by global brands as part of their marketing strategy. Brands were audited based on volume, total views and engagement for content uploaded to YouTube, Vimeo and Facebook in 2012.

Luxury fashion brands strike gold with Prada (7th), Burberry (16th) and Louis Vuitton (18th) all featuring in the top twenty as a result of high engagement scores. In the battle of the car brands, BMW came out top in 12th, ahead of VW (13th), Mercedes Benz (15th), Toyota (20th) and Porsche (22nd). Alcohol brands failed to make an impact, with Smirnoff (90th), Corona (93rd) and Jack Daniels (99th) all lying at the bottom end of the scale. Visa proves the exception to the norm in the financial sector. At 24th, it benefited hugely from an aggressive video content programme for its Olympic sponsorship.

Only 15% of brands have official channels on Vimeo, with the majority relying solely on YouTube to host content.

“The results of goviral’s Social Video Equity Report prove that when it comes to branded content, fortune favours the brave. An effective social video strategy can elevate a brand beyond the product, creating an experience consumers really want to part of,” commented Mads Holmen, Planning Director, goviral.

The brands evaluated in the goviral’s Social Video Equity Report were drawn from Interbrand’s 2012 Best Global Brands Report with the additions of Red Bull and Old Spice (6th), which goviral found to use video in a highly impactful and engaging way. 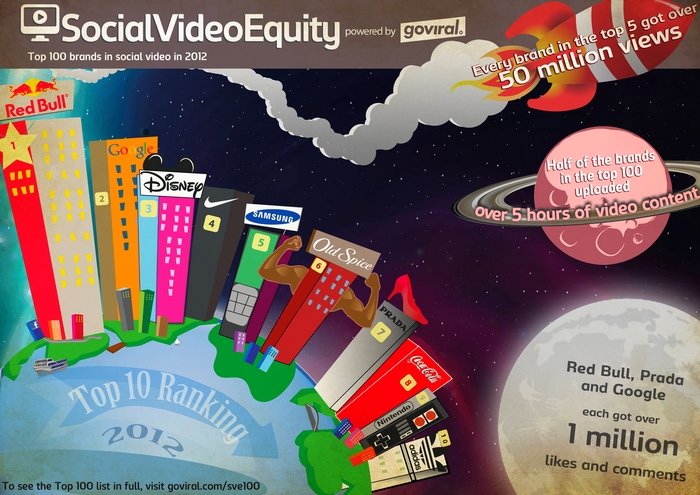