The Nautilus by Patek Philippe. Timelessly contemporary for 40 years. 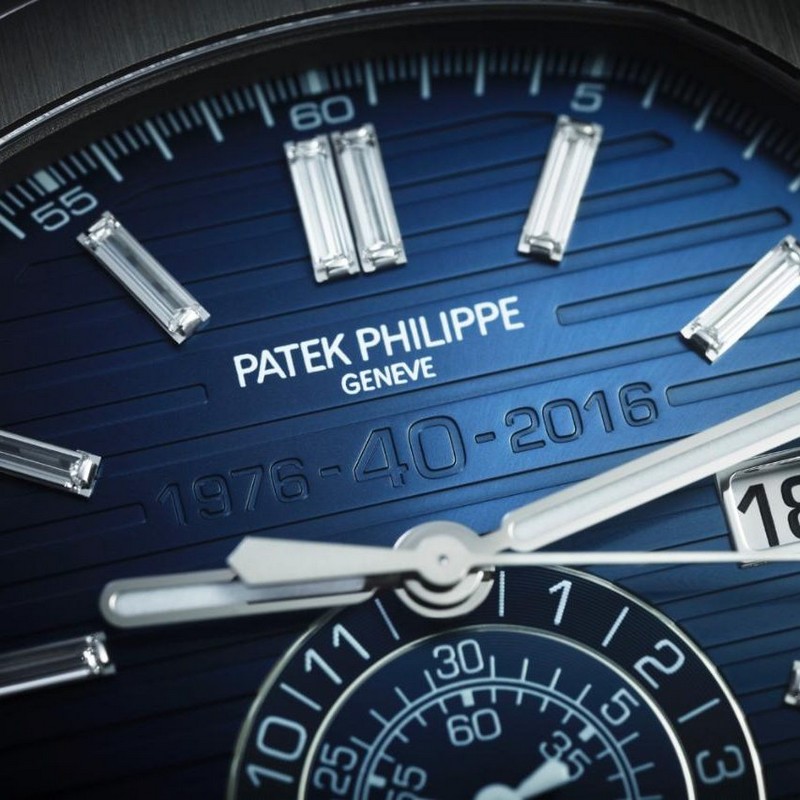 This year, Patek Philippe celebrates the 40th anniversary of its casually elegant Nautilus collection. Born in 1976, revived in 2006, the Nautilus watch concept has stayed true to its sporty origins nonetheless. The 40th Anniversary is available in a limited edition of 700 watches. With its platinum case, it perpetuates a grand tradition that began with a stainless steel debut model in 1976.

The original Nautilus timepiece from 1976 was voluminous and made of steel, although the prevailing trend favored very slender watches in gold. It was water resistant to 120 meters, a sensation at the time. And unlike any other wristwatch, it embodied a maritime, nautical aspect. Patek Philippe’s President Philippe Stern was a passionate skipper and successful regatta contestant on Lake Geneva.

“A look back to 1976 not only shows how quickly and dramatically the world has changed since then but also illustrates how well the Nautilus has stayed its course across four decades in terms of design, dependability, and popularity. With two limited-edition Nautilus 40th Anniversary models, the manufacture manifests its ability to keep pace with the times while preserving the key facets of a legend,” said the top-end watch
manufacture. 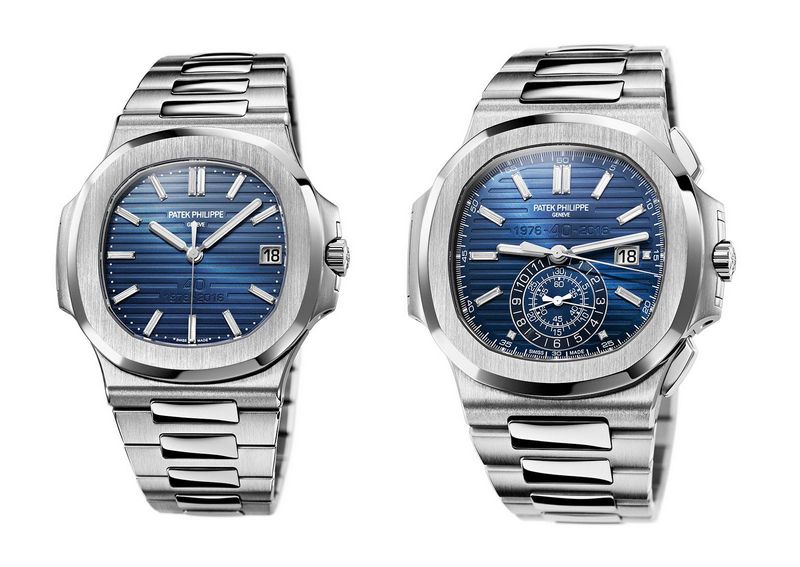 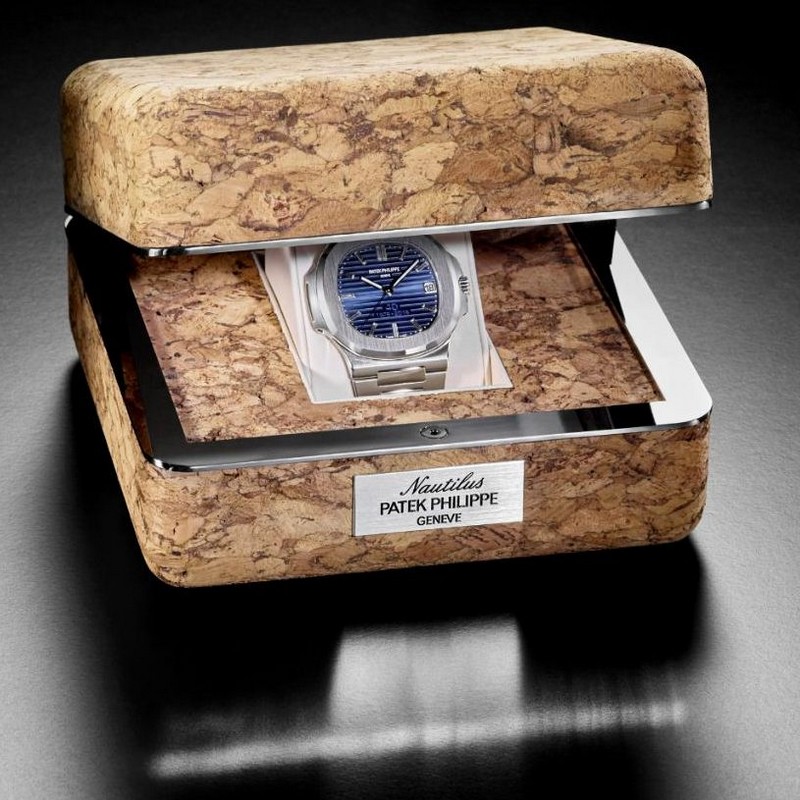 Patek Philippe also explored uncharted territory with the Nautilus launch advertisements and headlines such as “One of the world’s costliest watches is made of steel” and “It goes with a wetsuit as well as with a tuxedo”. Pioneers don’t always have an easy start. But within just a few years, it turned out that the argument behind the Nautilus – casual AND elegant – carried far more weight than concerns regarding the size of the watch and stainless steel as the case material. Those who possess an original Nautilus Ref. 3700/1A today own not just a milestone in horological history but also a precious collector’s piece envied by scores of watch enthusiasts.

To commemorate its 30th anniversary in 2006, the design of the Nautilus collection for men was subtly reworked, the two-part case superseded by a three-part construction, and crowned with the launch of the Ref. 5980/1A self-winding flyback chronograph model. The 2010 launches introduced the Ref. 5726A Annual Calendar Nautilus with a leather strap and the first chronograph with a leather strap. In 2009, in cooperation with watchmaker Gérald Genta, the ladies’ collection was delicately reworked and updated. New versions with leather straps and steel bracelets as well as more feminine dials were added in 2013. The first self-winding Ladies’ Nautilus in steel without diamonds was presented in 2015. 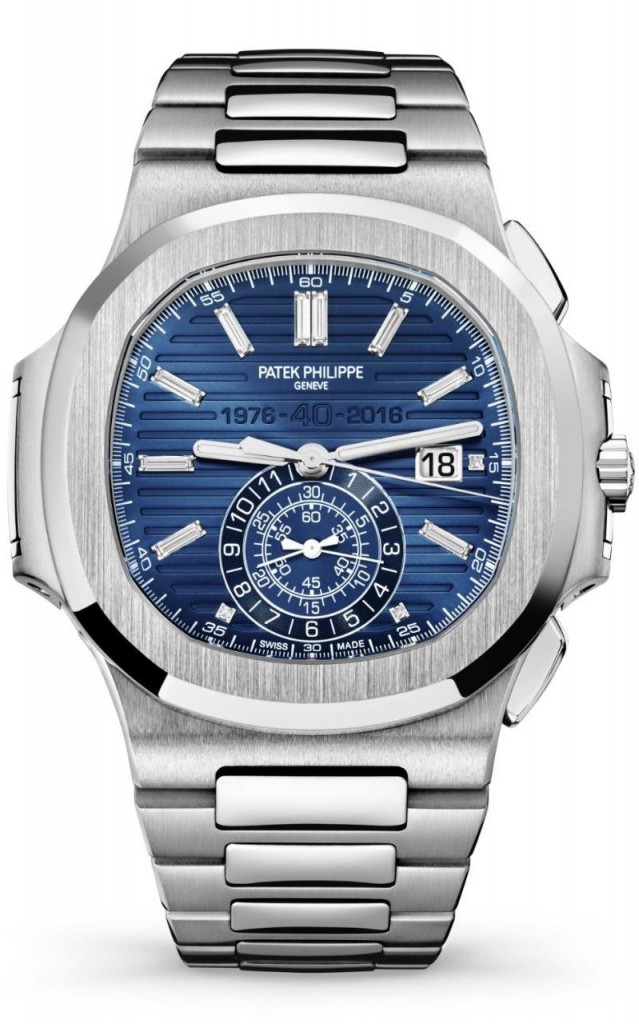 The limited-edition Nautilus models launched on the occasion of the 40th anniversary subtly allude to the history of Patek Philippe’s first casually elegant model family. The Ref. 5711/1P with the 40-mm platinum case pays tribute to the original Nautilus Ref. 3700/1A “Jumbo” dating back to 1976, while the 44-mm Nautilus flyback chronograph Ref. 5976/1G salutes the tastefully redesigned 30th anniversary collection
introduced in 2006. Both models feature a blue dial with diamond hour markers, the typical Nautilus embossed decor, and a discreet recessed anniversary logo.

The dial of the Ref. 5711/1P is a special anniversary version as well. It is made of 18K gold and unlike the original Nautilus features a dark blue hue with a bright/dark gradation from the inside to the outsidethat perfectly complements the cool shimmer of platinum and assures a superb contrast of the hourmarkers: 12 applied batons in 18K white gold with flawless Top Wesselton baguette diamonds with a total weight of approx. 0.34 ct.). The blue sunburst background features the typical horizontal Nautilus embossing and, in the bottom half of the dial, the very discreet two-line anniversary citation “40” and “1976–2016”. The date aperture, also slightly larger in proportion to the bigger case, is located at 3
o’clock and set in a polished 18K white-gold frame. Against this backdrop, the luminous baton-style hour and minute hands in white gold and a svelte, counterbalanced seconds hand keep track of the time with superior accuracy. The daily rate deviation is merely -3 to +2 seconds, clearly exceeding the benchmark officially imposed on a chronometer. 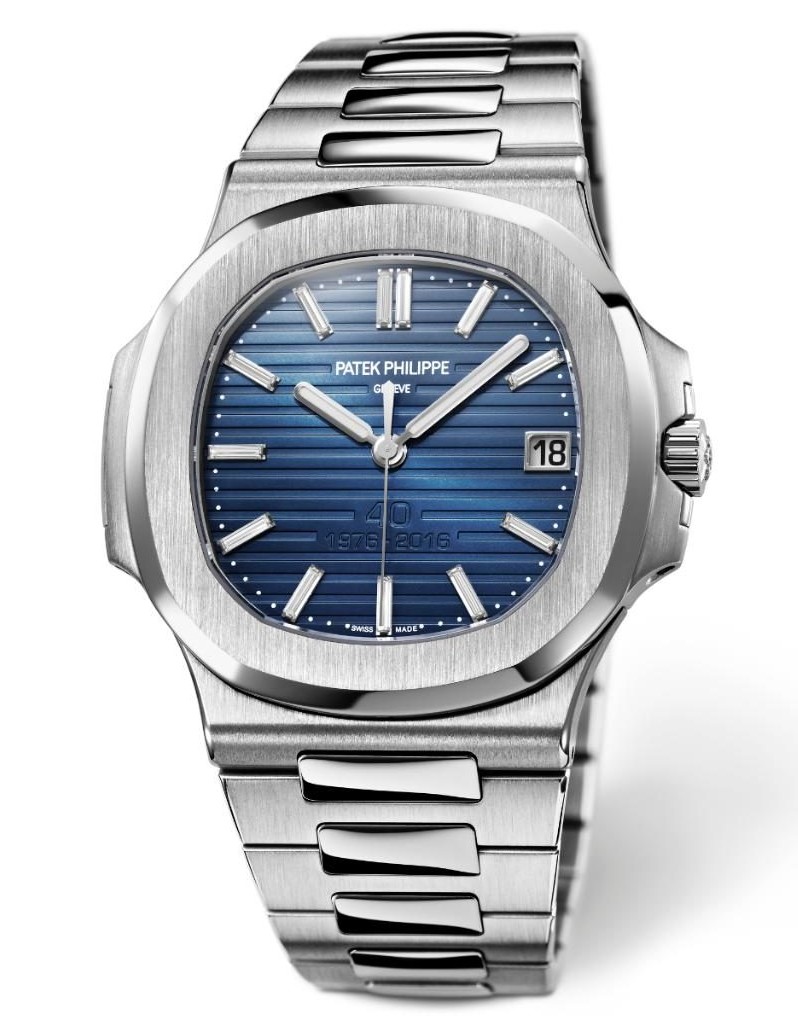 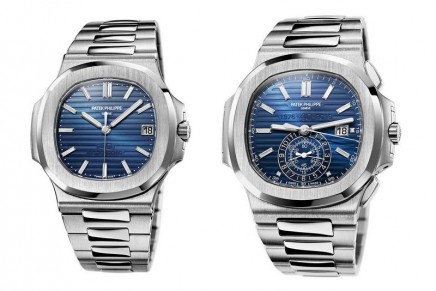 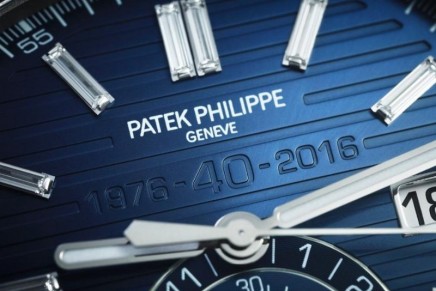 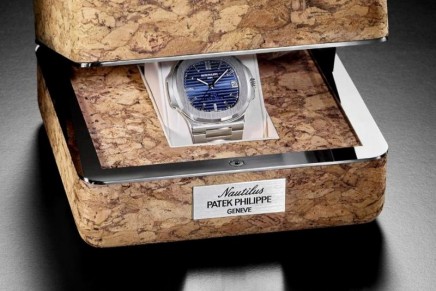 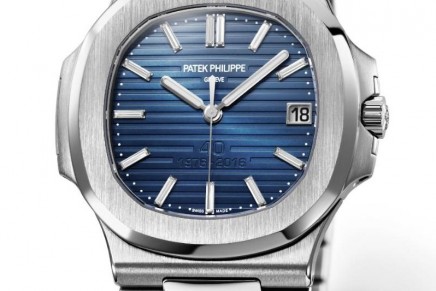 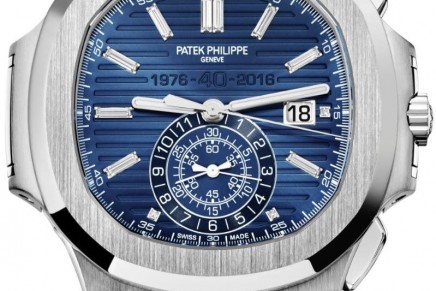