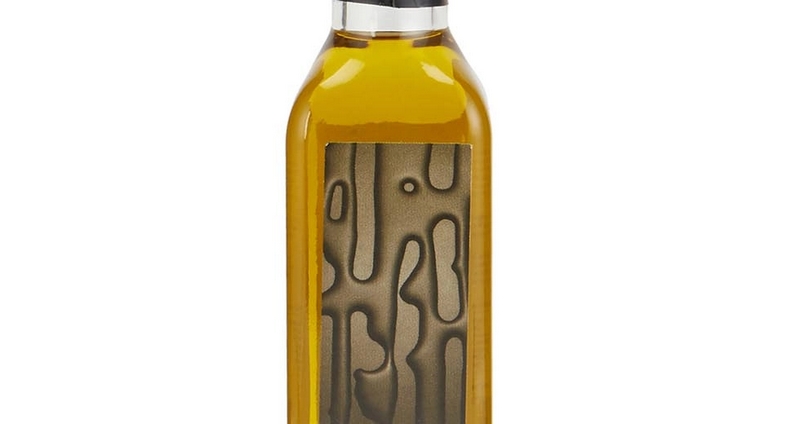 This article titled “‘Okra is the most foul thing ever grown’: chefs on their most hated ingredients” was written by Tony Naylor, for The Guardian on Thursday 19th September 2019 04.59 UTC

It is common to hear chefs wax lyrical about ingredients they adore. We hear far less about those that are a pain to prep, a nightmare to cook with or difficult to arrange on the plate. To put that right, G2 spoke to a variety of chefs who talked of soapy herbs, dangerous shellfish and the ingredients they have come to hate.

Globe artichokes look interesting and beautiful, but they over-promise. It’s the amount of effort for the lack of benefit. The French like to nibble the outer leaves, but you have to put them in iced lemon-water as you peel them off or they go a cacky-brown. And some of the leaves you can eat and some you can’t, which I find faffy. You then have to hack off the bottom of the globe artichoke and the stem, and scoop out the fluffy, fibrous choke (if you eat it, it sticks in your throat and chokes you), until you get to this really small artichoke heart – which is fresh and most definitely a vegetable, but hardly packed full of personality or flavour. For a domestic cook, spending 15 minutes on one might be entertaining, but if you’re prepping double or triple digits of them, it’s pointless. You can buy artichoke hearts pre-prepared and they don’t lose any flavour.
Liz Cottam, chef and co-owner, Home, Leeds

Okra is the most foul thing ever grown. When fusion food became a thing in London, chefs started using every ingredient on the planet and, if you don’t know what you’re doing with okra, it goes really slimy – and tastes bitter, too. The only time it’s near-edible is when you deep-fry the hell out of it. But anything works deep-fried; what’s the point? I refuse to work with it. If I see it in a dish, I ask for it to be removed.
Jason Atherton, chef-proprietor, the Social Company restaurants

When I was about 12, I worked as a kitchen porter in a local golf club – I lied about my age – and I’d spend eight hours shelling crayfish. It’s the worst job known to man. While delicious, there’s not much meat in them, so you’re doing 200 for service. It’s tedious and the shells are very sharp. If you’ve not got double gloves on, you’re constantly slicing your fingers open. You end up with blue plasters everywhere, and every time you stick your hands into the salt during service you’re reminded why.
Sam Grainger, executive chef, Belzan, Liverpool

Barely a pinch of asafoetida will flavour any dal or curry, but even a milligram more can add a bitterness that ruins everything. It doesn’t help that every time you buy it, it’s a little different, more or less pungent, so there’s no way to test it other than throwing it in and seeing what happens.
Dhruv Mittal, chef-owner, DUM Biryani, London

Coconut milk in a curry I can deal with, but I can’t understand why anyone eats flavourless, sawdust-like desiccated coconut – or fresh coconut, for that matter. Chefs have to risk their limbs to smash open this big, horrible, hairy nut, and it’s not like the flesh is softly juicy. It’s watery, rock hard and brittle and gets stuck in your teeth. If I was on a desert island, I’d starve.
Tommy Banks, chef-owner, the Black Swan, Oldstead

You know the yellow stain on your kitchen counter when you spill curry? That’s what a few grams of dried turmeric powder does to plastic. Imagine your hands after peeling 5kg of raw turmeric root, as I did every day when I worked in Madras. You wash and wash, but the yellow is still there. Good for the stomach, flavour and health. Not good for family photos.
Gouranga Bera, head chef, Curry Leaf Café, Brighton

The thing I struggle most with is the “snot” you get on turbot. The skin exudes mucus that, when it sits for a little while, turns green, like someone has sneezed on the turbot. After boning-out pigs’ heads, it is the most stomach-churning job. I battle through and prep it – I love turbot – but that mucus is absolutely disgusting.
Mary-Ellen McTague, chef-owner, the Creameries, Manchester

Kids will get a bottle of cheap truffle oil – that very pungent fake rubbish; the nearest it’s come to a truffle is probably a chocolate truffle in the supermarket – dress a risotto with it and the whole flavour is ruined. They think they’re giving the guest luxury because it’s truffle oil, but because of its overexaggerated chemical flavour, it just ruins your palate. Don’t get me wrong, we use brilliant truffle oil, but guess what? You pay for it.
Sat Bains, chef-owner, Restaurant Sat Bains, Nottingham

I love wild garlic capers, but I hate preparing them. Early wild garlic season is lovely, picking the flowers and leaves, which are quite easy to cook with, but once the flower has gone you get the [caper-like] seedpods coming, 10 or 20 to each stem, and we have to process about 30 kilos to last us until next year. Picking off the pods takes days, your hands start turning brown and everything stinks of garlic. It’s nice for half an hour, but a week later it’s: “Why did we even start this?”
Luke French, chef-owner, Jöro, Sheffield

Coriander lifts our Cali-Mex dishes, but it’s so messy. It gets everywhere: stuck to knives, hands, chopping boards. You’re finding it for days and, after all that, certain people complain it tastes like soap.
Meriel Armitage, chef-owner, Club Mexicana, London

I hate this new-fangled foraging hype. There’s a reason meadowsweet isn’t a popular ingredient and that’s because it’s not nice – kind of floral, herbal and soapy. No one sits at home going: “You know what I fancy? Some meadowsweet parfait.” No one cares if you were roaming fields at 5am picking it. The only thing anyone should be foraging is wild mushrooms. The rest? Go to a farmer.
Tom Brown, chef-owner, Cornerstone, London

I put peppercorns in braising dishes, soups and stocks because it’s a slow-release flavour, like bay leaf. I love them in Jewish chicken soup and in Filipino food. But I cannot be having cracked black pepper. I hate it as a cooking ingredient, where chefs in pretend-French-bistros season beef fillet with it or it gets into a béchamel. Then it’s automatically added to cooked food, where its fiery flavour can easily ruin a dish if it’s overused. The only thing you should put pepper on is eggs or steak, after cooking them.
Rachel Stockley, chef, Baratxuri, Ramsbottom

In four years, we’ve only used fennel once and that was a very small piece. Some say it’s good with fish, but fish is delicate and fennel’s full-on flavour simply overpowers everything on the plate. And it’s a difficult vegetable to cook. The strong fibres can make it stringy. You have to braise it for a long time to get past that. Go too far and it can turn to mush.
Richard Bainbridge, chef-owner, Benedicts, Norwich

I struggle with octopus, particularly cold. I don’t find its gelatinous quality pleasant. I feel I should like it – but no.
Jane Baxter, co-owner, Wild Artichokes catering, Devon

Smoked salmon leaves a lingering smell that gets under the fingernails, hangs around far too long and is seemingly impenetrable to the effect of soap and hot water. I always wear gloves.
Josh Katz, chef-founder, Berber & Q, London