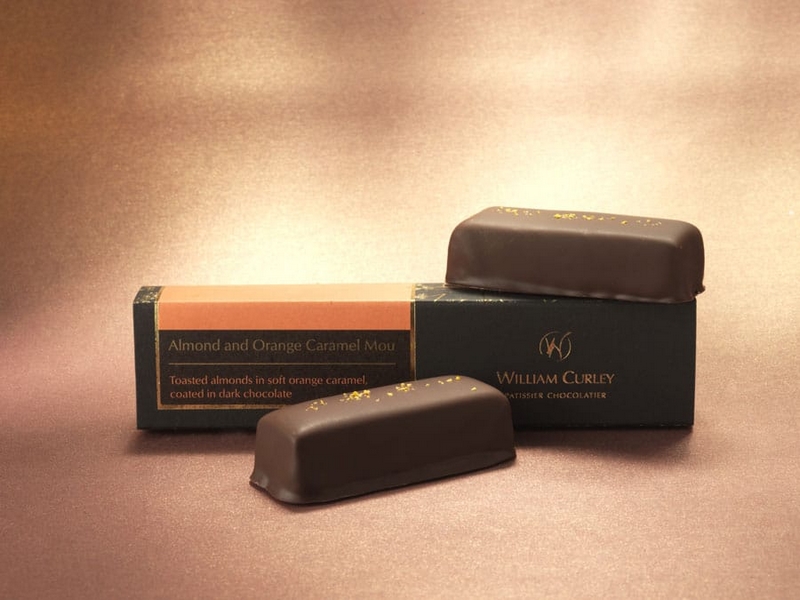 This article titled “Notes on chocolate: I’ve found some wonderful new flavour combinations” was written by Annalisa Barbieri, for The Observer on Sunday 19th July 2020 08.00 UTC

Lockdown, or the semblance of it that remains, has been getting the most of me this week, which is why I was particularly attracted to the words ‘mou in a bar’. Regular readers will know that one of the things I crave are more grown-up versions of classic newsagent bars like Topic and Snickers.

So it was that I purchased an Orange and Almond Mou caramel bar, £5 from William Curley. This was a chewy (but the perfect amount of chew, as in, not too chewy because grown-ups sometimes have fillings), caramelly bar with toasted almond slices. Not really like anything from a newsagent per se, but a real treat. The Peanut Nougat Bar, £5, was like a delicious, grown-up Snickers.

But what really blew me away – although I hesitate to say this since last time I mentioned this brand they sold out and there were angry scenes in my inbox from readers – was the new Botanical Collection from the Careless Collection. These were four bars of such exquisitely judged flavours that all my resolve to have just one bar (divided into four) a night were gone by night two.

Everything here turned what I thought I knew and liked on its head. There was a ruby wafer bar – I hate ruby chocolate, but loved this. A caramelised white chocolate with smoked chilli and gianduja (hazelnut) paste filling was probably my surprise favourite – it blew my mind. There was a milk chocolate containing beer and biscuit (no alcohol remains, however) and, finally, dark chocolate with pink pepper, mango and passion fruit, £15 for four. You won’t regret it.