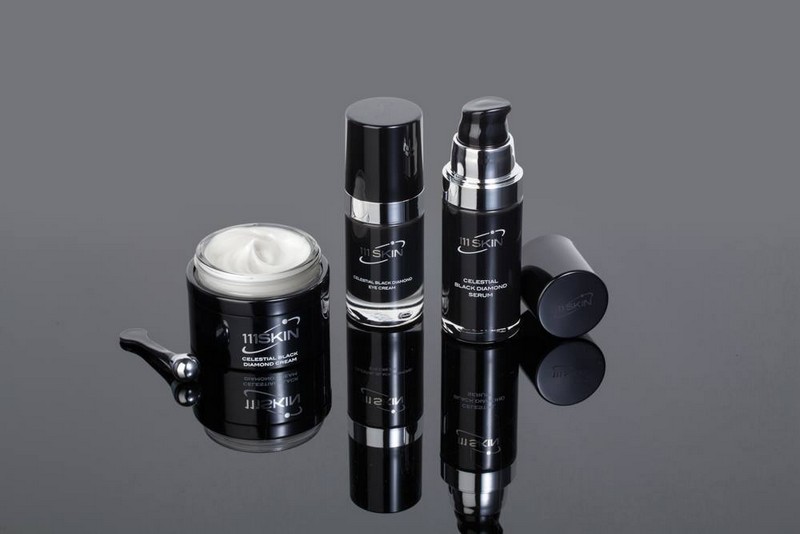 This article titled “Never mind the Botox: meet the men opting for non-surgical treatments” was written by Tim Dowling, for The Guardian on Wednesday 24th February 2016 17.28 UTC

The office of plastic surgeon Dr Yannis Alexandrides, on the second floor of his clinic at 111 Harley Street, has a reassuringly expensive air. The ceiling is high, the desk large and the decor includes an artwork featuring a pair of full-size seated skeletons that the doctor, for obvious reasons, would prefer not to be photographed with.

Dr Yannis, as everyone in the practice calls him, is himself very reassuring, calm and precisely spoken. If he concurs with what you’ve just said, he looks over his clasped hands and says “correct”. And he broadly agrees with my assertion that plastic surgery is a costly option (his prices for a facelift start at £6,500).

“It’s expensive because it requires very high expertise to be performed well,” he says. “It requires some kind of hospitalisation, usually, so it comes attached with this cost. And also follow-up, so it’s not just about having an operation.”

According to figures released by the British Association of Aesthetic Plastic Surgeons (Baaps), there were 51,140 cosmetic surgery procedures in the UK last year, up a whopping 13% on the previous year. Of those, 4,164 procedures were performed on men. This is almost twice the number of men who had cosmetic surgery a decade ago, remaining at about 9% of the total.

The broader figures chime with the numbers at 111 Harley Street. “Funnily enough, we’ve seen a small decrease in surgeries for men last year,” says Dr Yannis, “but we’ve seen a big increase in non-surgical treatments.” And that’s where the real uptake in male vanity seems to be occurring.

Cosmetic procedures also break down into surgical and non-surgical: a facelift is the former; among the latter are “injectables” (Botox, dermal fillers etc), laser treatments, facials and prescription skincare regimes. At 111 Harley Street, they provide all this in addition to – or, increasingly, in place of – surgery. According to the clinic’s managing director, Agata Podwika, while surgery has seen a small decrease, the number of men having non-surgical treatments has risen by 50% year on year.

Botox wasn’t marketed at guys. Men have caught up massively with the options that are out there

David, 50, a client who has had regular Botox treatments since 2001, has also had filler injected into his lips and “laser lipo” on his jaw and neck (“Really chuffed with that one,” he says). He’s a big fan of the subtle effect of skilfully deployed non-surgical treatments. “You’re not gonna look like the ‘Bride of Wildenstein’,” he says (I believe him, but can’t confirm; we spoke on the phone). He claims that acceptance of these treatments has risen sharply among men since he started. “Back then, Botox wasn’t widely known about, it wasn’t marketed at guys,” he says. “Men have caught up massively with the options that are out there.”

When Daniel Smith had his first Botox treatment last June, he was 34. Although he had been concerned about some wrinkles that he felt aged him beyond his years, he was apprehensive about what he calls “that frozen look” and only had a small dose. He has a picture on his phone from his most recent treatment, in December, with 13 dots drawn on his forehead and round his eyes, to indicate where the injections were to go.

“I’ve lost quite a deep vertical and horizontal frown line, but I’ve kept some subtle age lines,” he says, “Personally, I saw a dramatic difference in the effect round my eyes, so I’m happy with that. I’d definitely do it again.” If he wants the effect to persist, he’ll have to do it again, in about three months’ time.

Smith doesn’t see cosmetic intervention as a brave new world for his gender, because he already works in skin care (he also has an interest to declare; he does brand consulting work for 111Skin, Dr Yannis’s range of products). But he does perceive a growing openness about anti-ageing procedures for men. “I think, a few years ago, people had Botox and didn’t talk about it. I tell everyone. If people say: ‘Hey, your skin looks great’, I’ll show them the photo and say: ‘This is where I had it.’”

Smith has no interest in graduating to plastic surgery, but he doesn’t rule out other procedures in the future. “If you were asking what I’m thinking of next,” he says, “it wouldn’t be filler. It would be a Silhouette lift.”

The Silhouette, or “soft thread” face lift is one of several procedures marketed as a non-surgical counterpart to classic plastic surgery (Liposonix is a proprietary, noninvasive alternative to liposuction; a “non-surgical nose job” involves the strategic injection of fillers to minimise bumps or irregularities). With the soft thread lift, a needle is used to pull filaments under the skin of the face to tighten the neck and jawline. If that sounds horrible, try watching a YouTube video. The effect lasts between three and four years.

People are in the workforce a lot longer. You’ve got younger people you’re competing with

When it comes to cosmetic surgery, it seems that dissuasion is often part of the consultation. A 2008 Baaps survey found that half of plastic surgeons turned away 10% of their patients in the course of a year, and that one in five surgeons had turned away 30%. Reasons for refusing patients included unrealistic expectations, preexisting medical conditions and people wanting procedures that weren’t warranted. I put it to Dr Yannis that lots of his patients must come with preconceived notions of what plastic surgery can achieve for them in terms of wellbeing.

“Correct,” he says. “I think it’s important to understand the psychology of a patient who seeks plastic surgery. That’s paramount, at the end of the day, because it’s an elective surgery. We remind patients that this is for them to become happier, more confident, to boost the morale. If you feel, even beside the fact that you can technically perform a successful operation, that the patient wouldn’t be happy, would not be more confident, or might actually have more problems, then, in my book, you shouldn’t go ahead.”

This raises the thorny question of what precisely is a legitimate frame of mind in which to seek cosmetic surgery.

“A lot of people come in,” says Dr Yannis, “and they say: ‘Look, I’m not really bothered, but everywhere I go everybody says, Oh, you look so tired.’” This runs counter to my experience of British life, where everyone goes round telling everyone else how tired they feel. It sounds like an excuse.

“People don’t retire as early as they used to,” says Dr Tammy Manning, Dr Yannis’s surgical nurse. “You will see gentlemen come in for anti-ageing procedures because they’re in the workforce a lot longer. You’ve got younger people you’re competing with.”

For what it’s worth, the very existence of this pressure is denied by both the male clients I spoke to. “No pressure at all,” says David. “I do it personally for myself. I like to look as good as I can. There’s no need to look like an old knacker.”