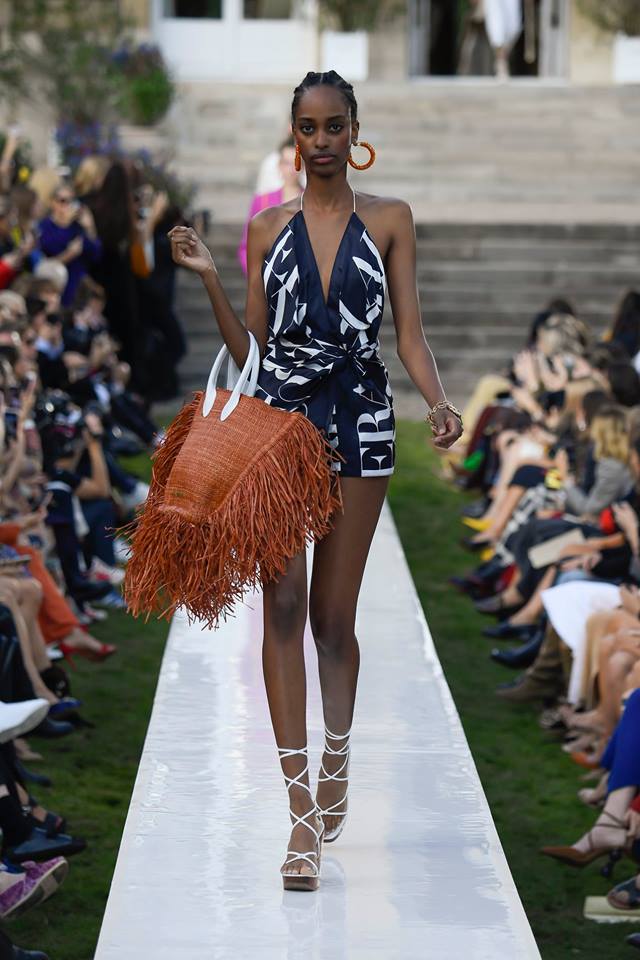 This article titled “Move over micro bags, big handbags are making a comeback” was written by Scarlett Conlon, for The Guardian on Friday 5th October 2018 11.49 UTC

The reign of the micro handbag is ending, according to Paris fashion week, and the big bag is poised to make a comeback.

Though most could fit little more than a credit card, mobile phone and small set of keys, the miniature bag was a hit with Instagrammers and the likes of Kate Moss. Away from social media, however, wearers were often forced to carry a second and even a third bag to transport their belongings.

Related: Small is beautiful: how fashion embraced the micro update

The person behind the return to practicality is Simon Porte Jacquemus, the French designer who also helped make the oversize straw hat a high-street hit this summer. His spring-summer 2019 collection included an enormous beach-worthy straw tote worn with maxi dresses and sandals.

Though his version will not be available for a couple of months, the fashion website Lyst has recorded 5,000 searches for Jacquemus’s giant bag since it was unveiled and a 29% rise in page views for the brand’s bags in general.

The roots of the trend can be traced to Balenciaga, where the wunderkind designer Demna Gvasalia created oversized market bags for his debut collection in 2016, followed by his take on the blue Ikea Frakta carrier last year, which garnered more than 15,000 unique searches in the month after its release.

While the new incarnation of the trend may be impractical for the rush hour or school run, warns Therese Bassler, a personal shopper and founder of Style Coach, pared-down-yet-still-jumbo options are popping up all over the high street. Topshop has a huge yellow canvas tote for £32, while Zara has several jumbo styles from £9.99.