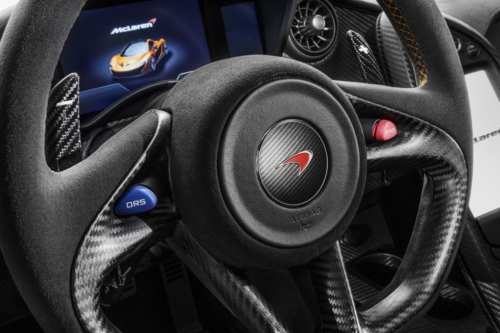 The McLaren P1 will have the combined force of two highly-efficient powerplants, offering the optimum mix of superb throttle response, day-to-day drivability and top speed. A mid-mounted 3.8-litre twin-turbo V8 petrol engine and a highly effective electric motor give a combined output of 916PS (903 bhp) and a maximum torque figure of 900Nm, ensuring instantaneous throttle response through the rev range, more akin to a naturally aspirated engine. Emissions of less than 200g/km on the combined cycle are reduced to zero in full electric drive mode, while the Formula 1-derived DRS and IPAS technologies offer an increase in straight-line speed and an instant boost of power.

The lightweight electric motor, developed by the McLaren Electronics arm of the Group, produces 179PS (176 bhp), and is unique to the McLaren P1. The motor produces maximum torque of 260Nm instantly from a standstill, greatly increasing the throttle response of the McLaren P1™, and peak combined torque of 900Nm is delivered from just 4,000 rpm. In addition to this, the McLaren-developed ‘boost’ system, IPAS, provides up to 179PS instantly. The instant response of the electric motor provides a sharper throttle response more associated with a normally aspirated engine, and the significantly enhanced air-charging system enables the McLaren P1 to have more top-end power – the perfect combination for high performance.

The electric motor is mounted directly onto the engine, and all drive is channelled through the dual-clutch seven-speed gearbox to drive the rear wheels. Thus, the electric motor and 3.8-litre twin-turbo V8 petrol engine work seamlessly together, providing more than just added ultimate power and torque.

A further benefit is that the e-motor can provide faster upshifts. This is achieved through the application of instant negative torque at the point of shift, making the engine revs drop as quickly and efficiently as possible to the required engine speed for the upshift.

In addition to the obsessive weight-saving measures demonstrated throughout the McLaren P1, so too is the optimisation of usable energy. When off-throttle the electric motor provides additional drag torque, recovering energy to the battery that would otherwise be lost to the brakes.

The McLaren P1 can be driven in a variety of modes, powered by the engine and electric motor together, or solely by the electric motor. This ensures versatility and ease of transportation, allows use in low emission zones and residential driving is optimised with near-silent running.

Maximum power comes when using both powerplants together, but even in E-mode the performance is strong. E- mode is the most economical mode available with zero tailpipe emissions. In E-mode, the McLaren P1 can travel more than 10km with electric-only power – enough for most city journeys. When the battery is empty, the petrol engine will automatically start to maintain drive and charge the battery. 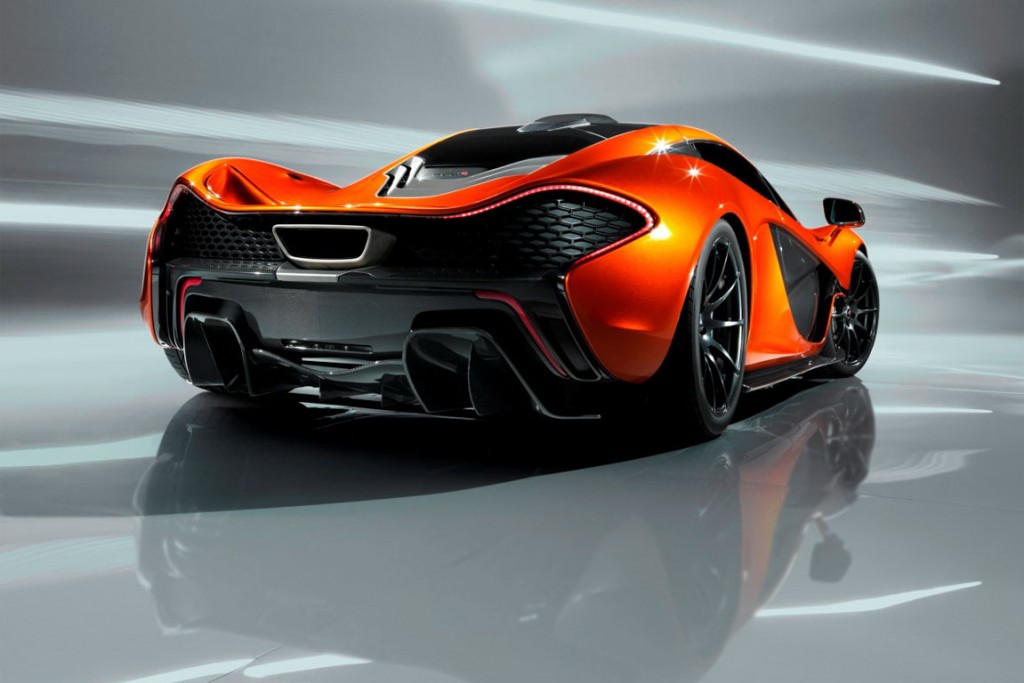