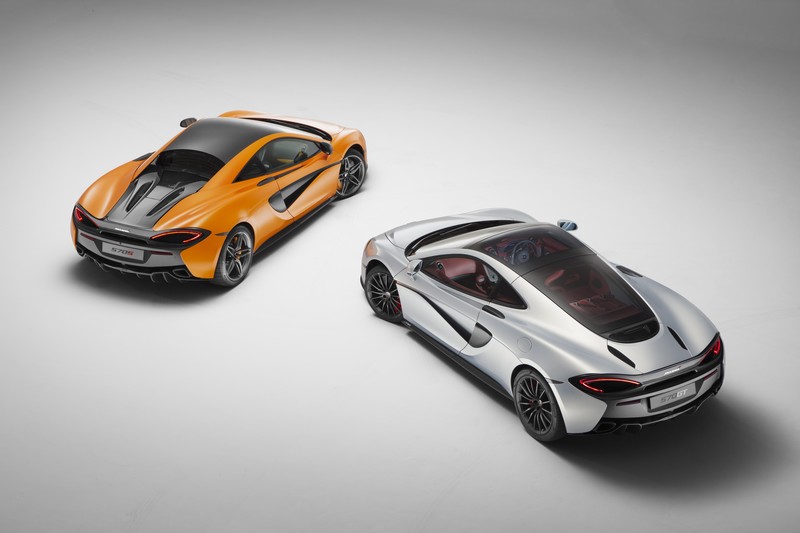 British supercar company McLaren is unveiling its most practical and luxurious model to date ahead of next week’s Geneva Motor show. The new 570GT will go on sale immediately after its reveal and will cost from £154,000 ($198,950).

McLaren extends the appeal of the sports series in Geneva with the 570GT, a car described as “the most luxurious and refined of any McLaren to date”. The car features a panoramic glass roof as standard, extra storage capacity, electrically operated and heated leather seats, and a light, airy cabin upholstered and specified with the highest quality materials throughout.

The McLaren 570GT joins the 570S Coupé and 540C Coupé as the third model in the recently announced Sports Series family. The clean lines of the revised glasshouse give the 570GT a sleek and refined silhouette, and mark out the second of three bodystyles which will eventually complete the Sports Series. 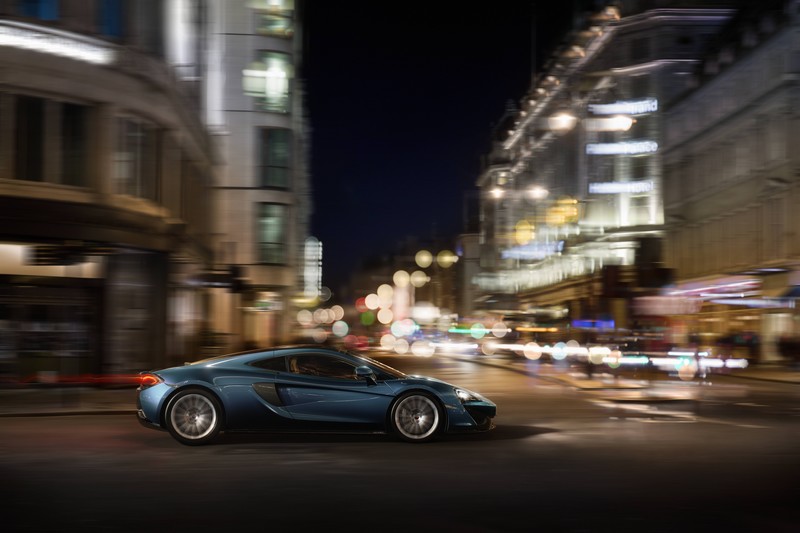 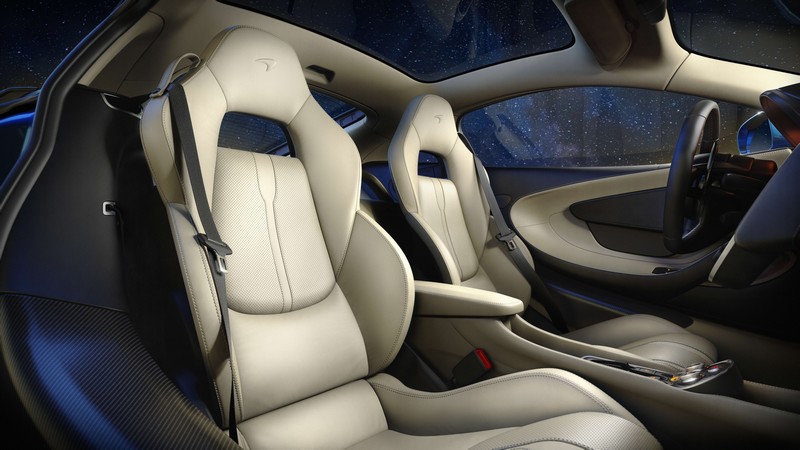 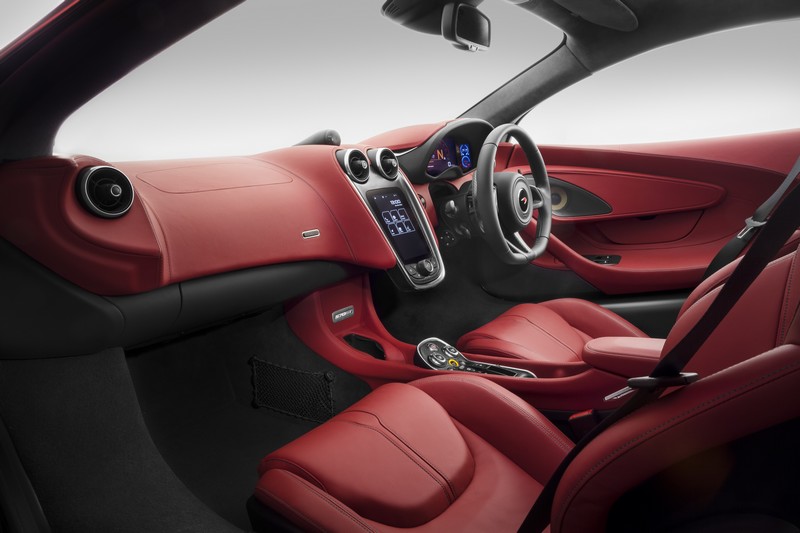 The 570GT is the most practical model ever launched by McLaren Automotive, targeted towards longer journeys and weekends away. As with all Sports Series models, ingress and egress are optimised through a lower and narrower sill, while the signature dihedral doors open with a more upward arc. Within the spacious and ergonomically-optimised cabin, a pair of eight-way electrically adjustable sports seats are upholstered in eather as standard. The control interfaces for the air conditioning, telephony, navigation and audio systems are managed through the centrally-mounted touchscreen while vehicle setup is configurable via the TFT LCD digital instrument cluster.

The 570GT is fitted with the McLaren-developed 3.8-litre twin turbo V8 M838TE engine which debuted in the 570S Coupé. Power and torque remain at 570PS (562bhp) and 600 Nm (443lb ft) and power is delivered to the rear wheels via a seven-speed seamless-shift transmission with adjustment through Normal, Sport and Track settings to produce one of the most rewarding and engaging driving experiences in the sports car class. 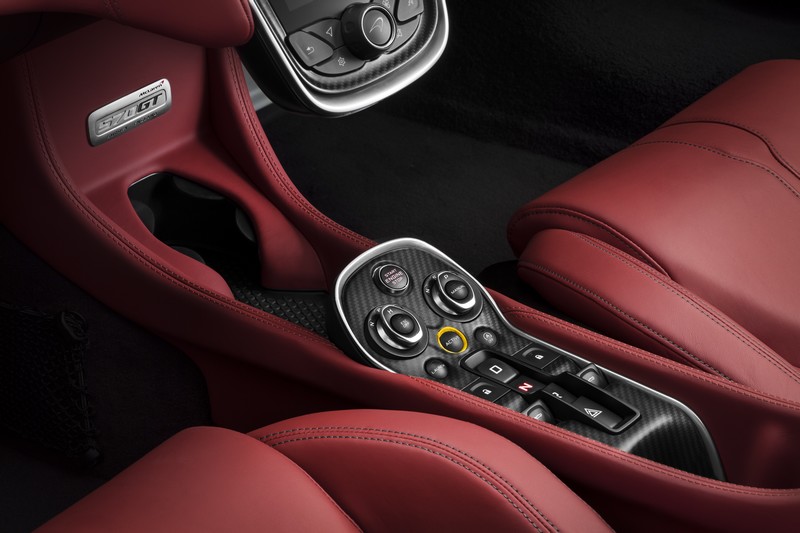 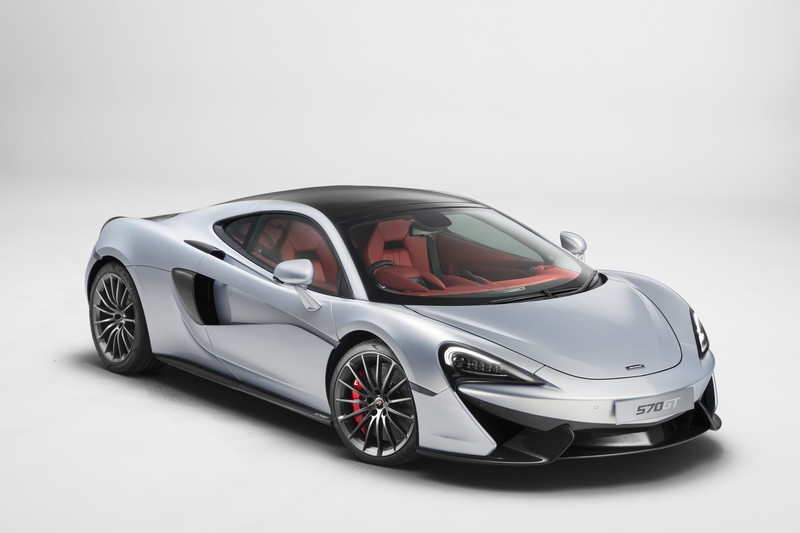 As with all McLaren models since the introduction of the MP4-1 Formula 1™ car in 1981, the 570GT uses a carbon fibre chassis. The MonoCell II debuted in the 570S Coupé, and is shared across the Sports Series models. Weighing just 75kg, the lightweight yet extremely stiff chassis contributes to a dry weight of 1,350kg (2,976lb). 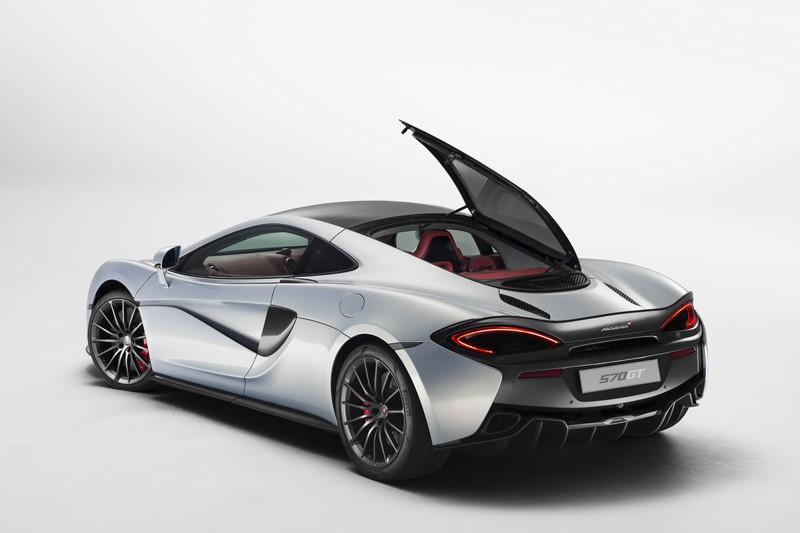 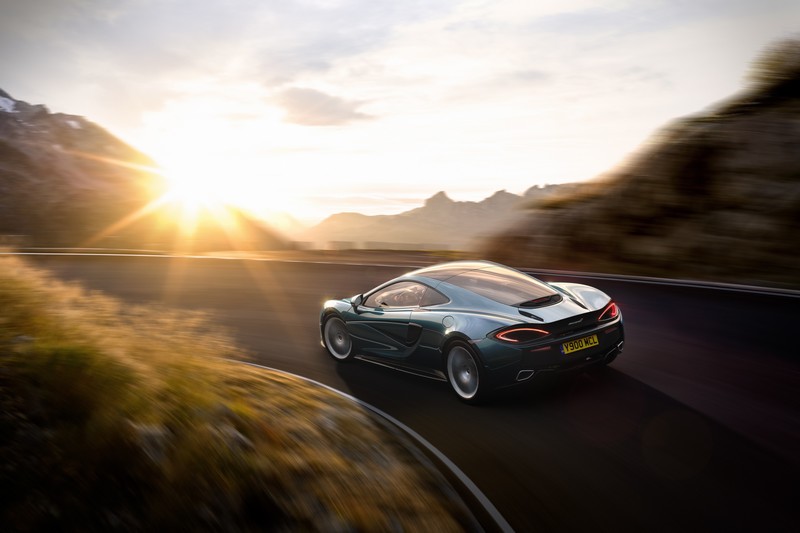 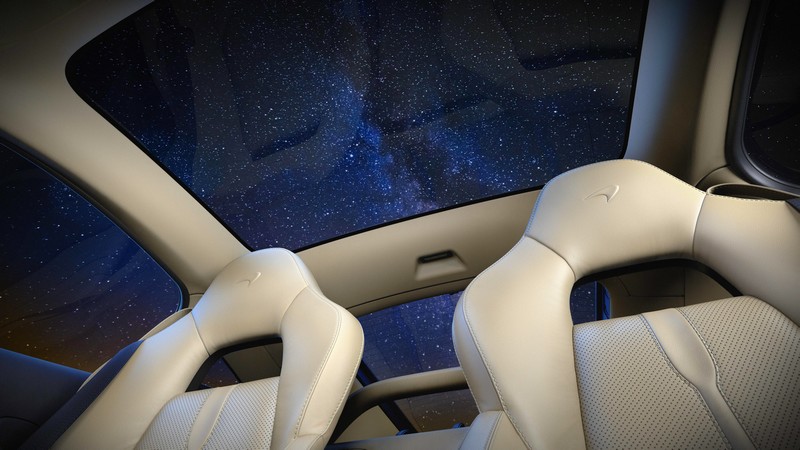 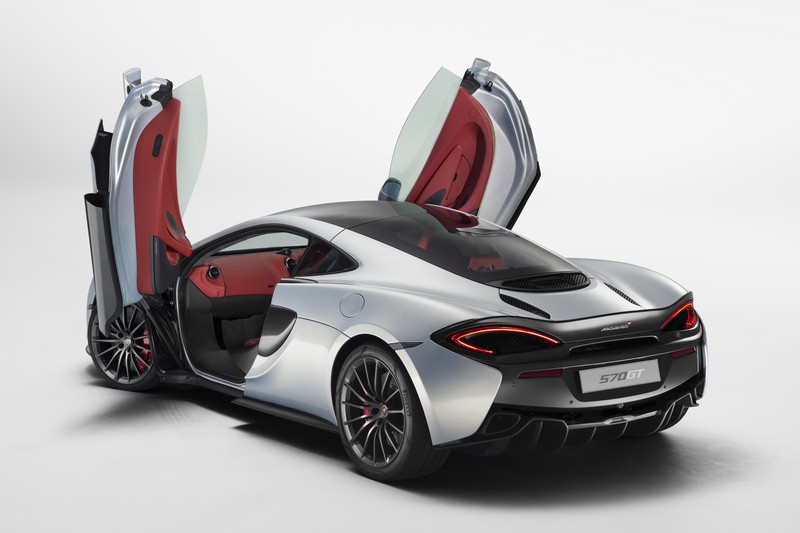 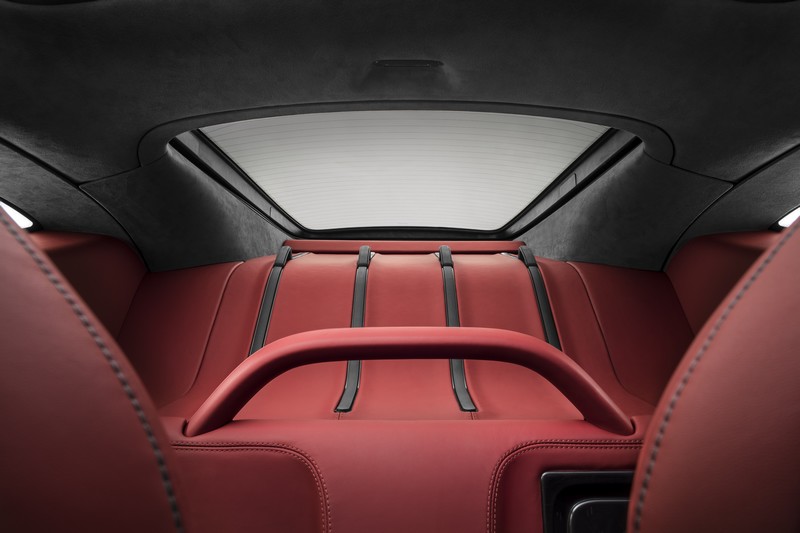 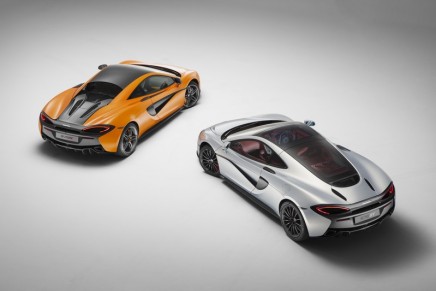 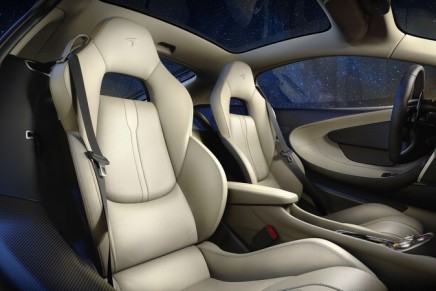 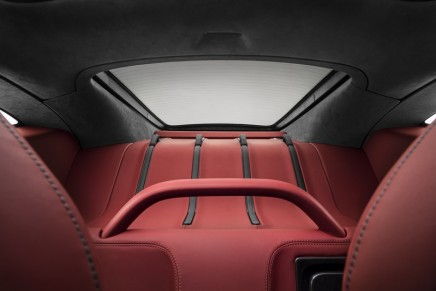 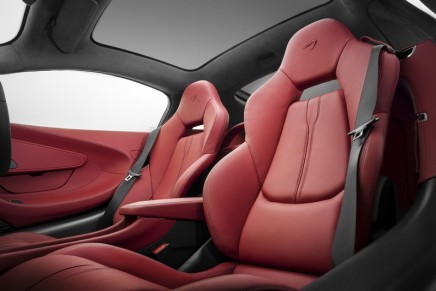 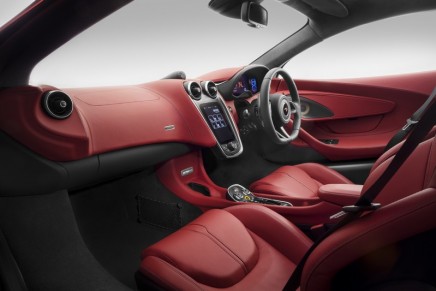 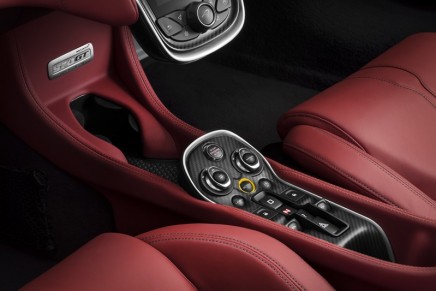 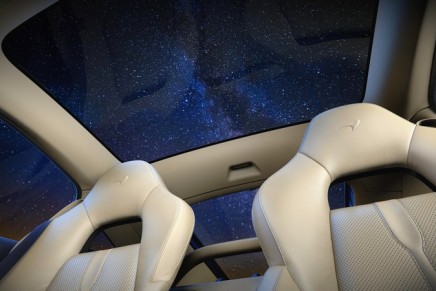 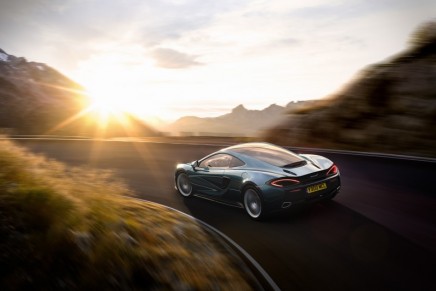 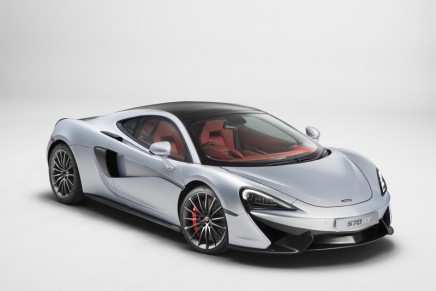 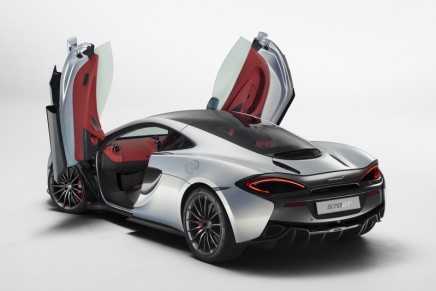 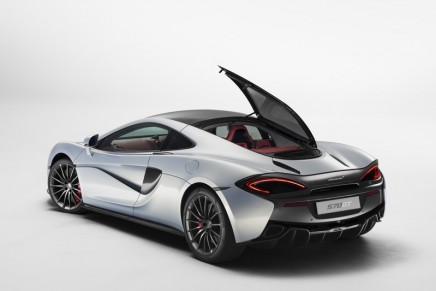 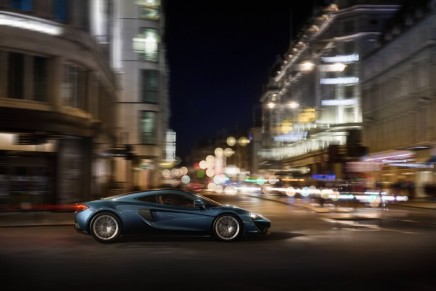