Luxury music boxes manufacturer Reuge and Nicolas Court have teamed up with MB&F, the world’s first ever horological concept laboratory, to create Kelys & Chirp – a stunning creation made of two unlikely companions. The result of this collaboration is a simphony of 480 components working their brilliance with a mechanism keeping the 1.4 kg Kellys turtle and Chirp bird in motion. Celebrating friendship, Kelys & Chirp automaton is available in four limited editions of 18 pieces each in blue, green, yellow or ochre. 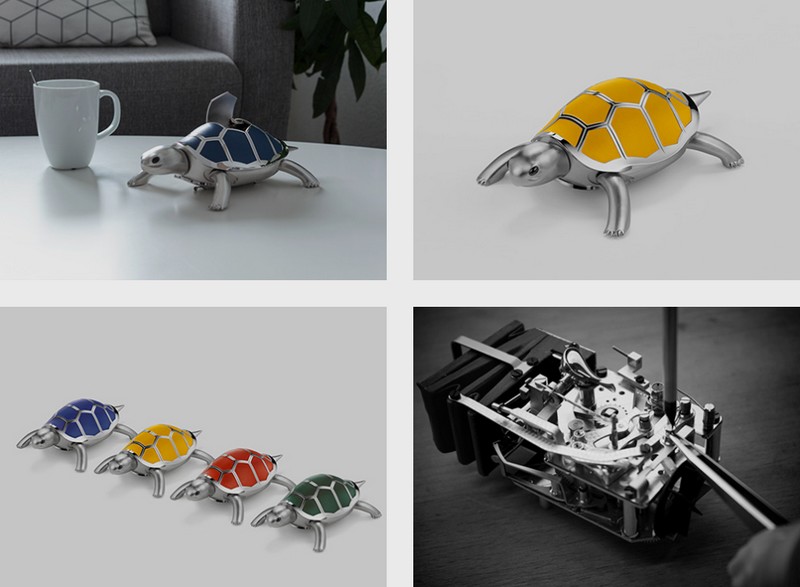 With more than 150 years of expertise and experience, Reuge is positioned as the only premier producer of music boxes in the world today. While Reuge has a comprehensive collection of both classical and contemporary music boxes, the brand also prides itself on its ability to create bespoke pieces or limited series – like the MusicMachines created with MB&F – for discerning clients.

When the idea first came up of a turtle automaton with a singing bird on its back, Reuge – which had expanded from music boxes to also offering singing birds – was the natural partnership choice for MB& F. In turn, Reuge partnered with automaton specialist Nicolas Court to develop Kelys & Chirp’s mechanism that moves the turtle so realistically.

While Kelys & Chirp automaton may look relatively unsophisticated compared to a complicated watch, its 480 components (enough for a minute repeater) lie testament to the complexity within. This is where Nicolas Court and his team worked their magic: working around the Singing Bird,which is a complete movement itself, they faced significant challenges when developing the turtle automaton mechanism. These included moving the relatively heavy (1.4 kg) turtle with the little power available from the small mainspring of the Singing Bird movement, while ensuring that the turtle moved realistically. The first was solved by finding the optimal low ratio gearing, the latter by the use of elliptical gearing in the power train, along with cams dictating the movement of the legs.

Court and his team added a friction clutch security system, which detects surface edges and immediately stops the turtle moving forward over the abyss… They also reintroduced a Reuge security system for the bird movement: if Chirp or her cover are accidentally pushed down while she is singing, she stops and instantly retreats to her nest. 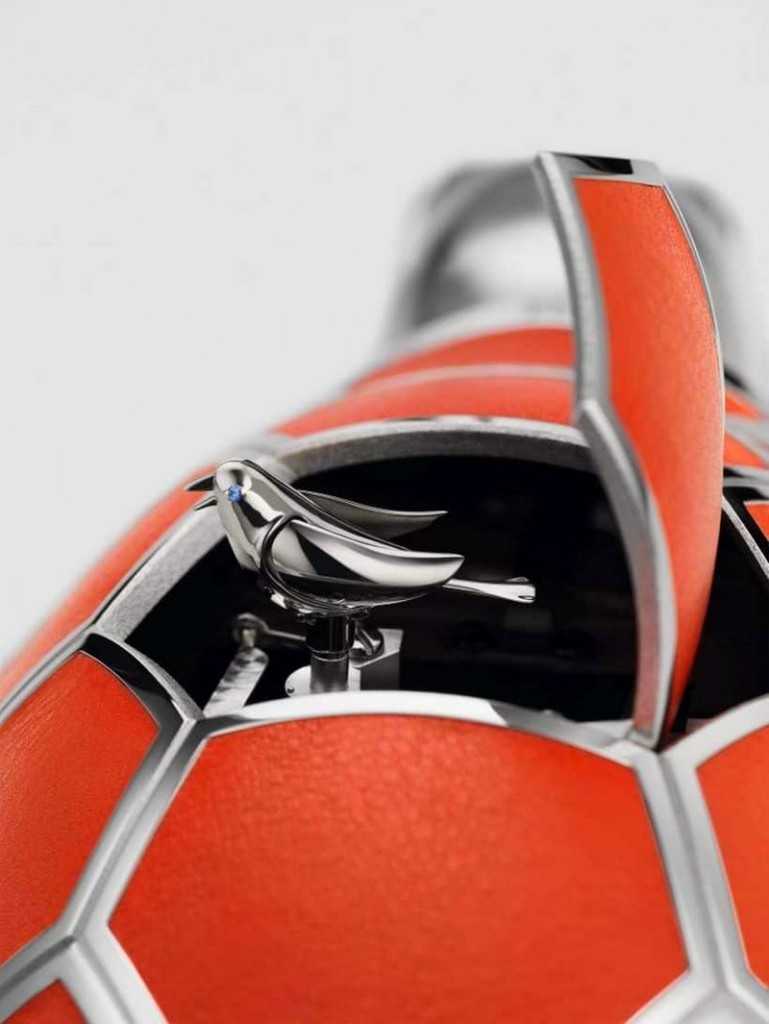 The scales (turtles are reptiles) on Kelys’ shell are individually hand made from high quality leather in four different colours, creating a warmer and more natural feel than bare metal.

Rather than move their paired legs alternatively like most animals, tortoises push themselves forward with both rear legs, after which the front legs catch up. This creates a very distinct intermittent start/stop gait that the Nicolas Court team eventually replicated by using elliptical gearing and cams, the shapes of the cams dictating the movement of the legs. 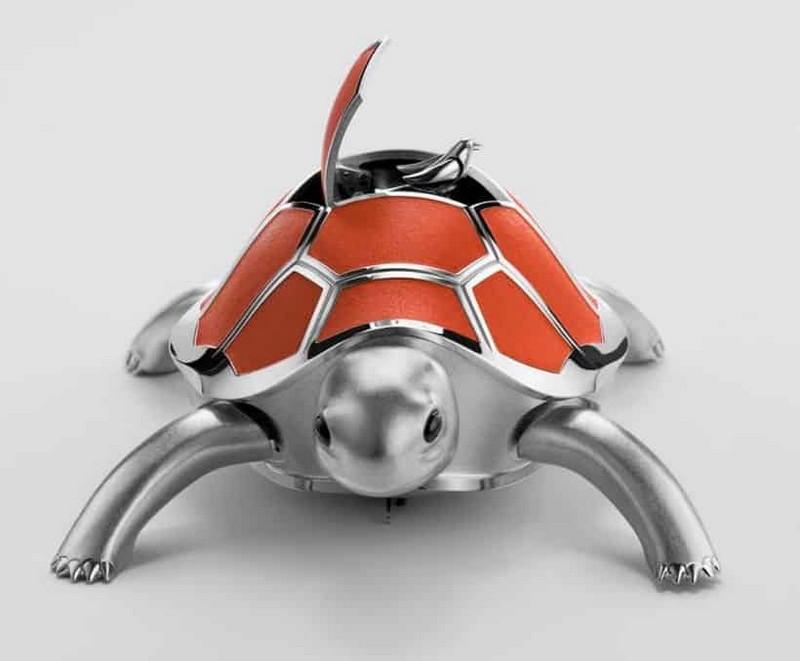 The turtle’s movements are synchronised with the bird’s own movements and singing.

A friction clutch security system integrated into the automaton mechanism detects surface edges and immediately stops the turtle moving forward over the abyss.

Court also reintroduced a Reuge security system for the bird movement: if the bird is pushed
down while singing (something to generally avoid), a lever system safely pivots the bird and it returns to nest.

The invention of the modern Singing Bird complication is generally credited to Pierre Jaquet-Droz (1721–1790). By 1785, Droz had both miniaturized the mechanically-controlled bird and developed a compact movement: his secret was in recreating a realistic birdsong using just one bellow of variable pitch rather than multiple single-pitch bellows. 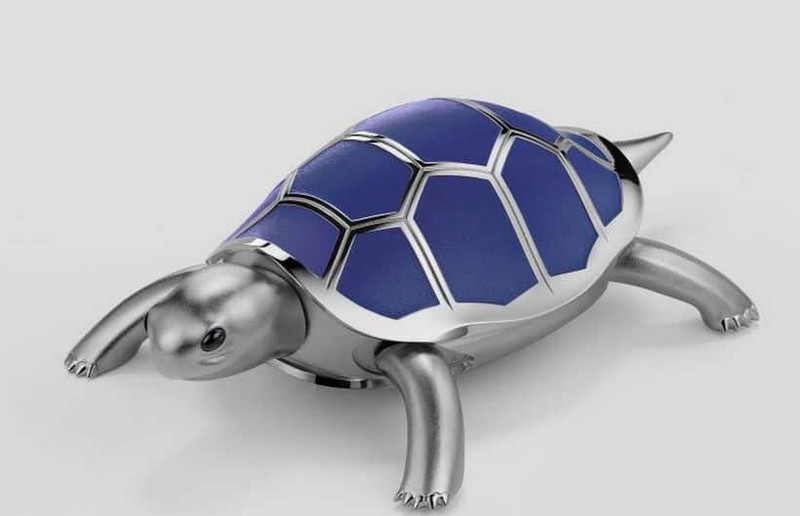 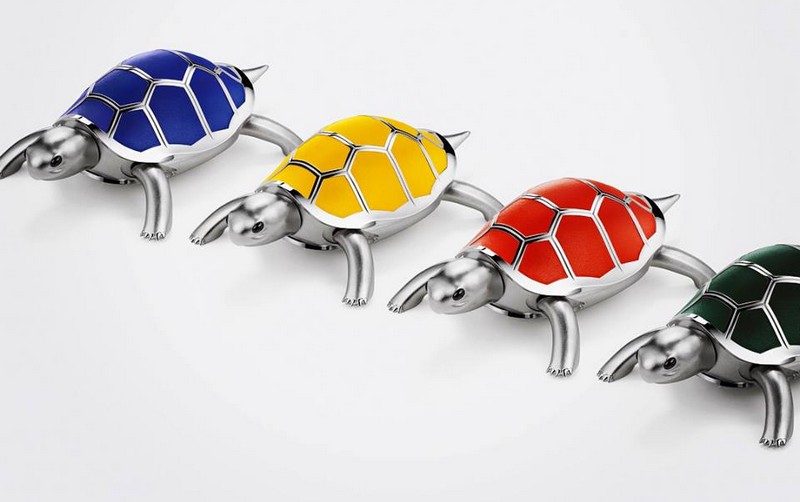 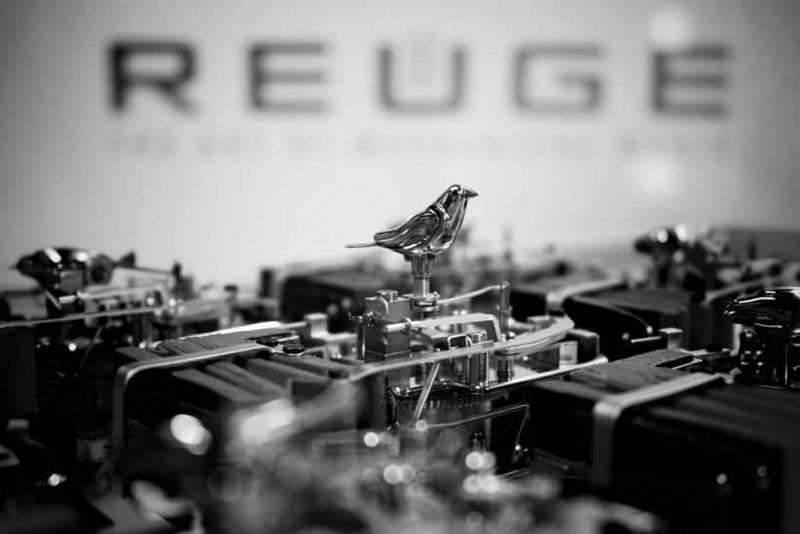 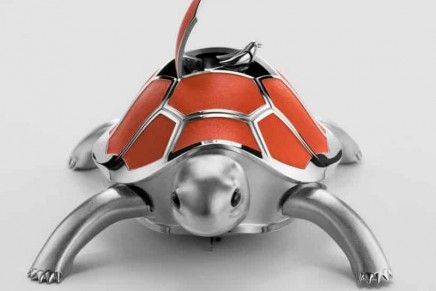 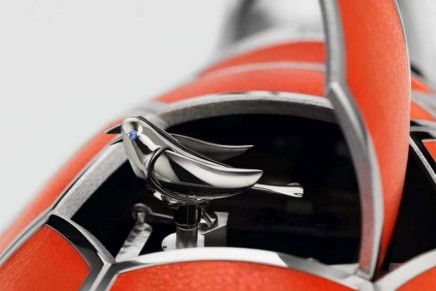 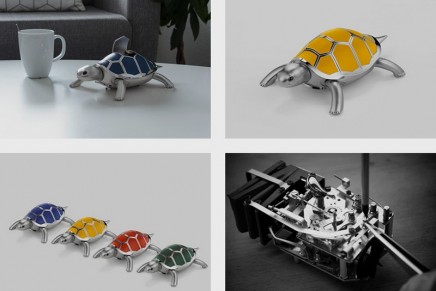 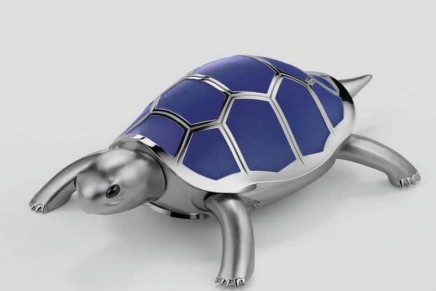 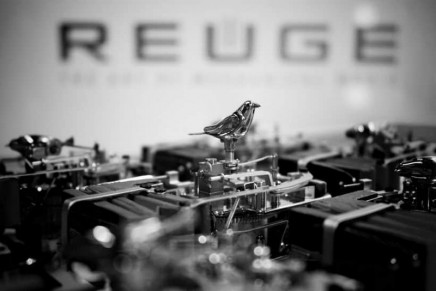 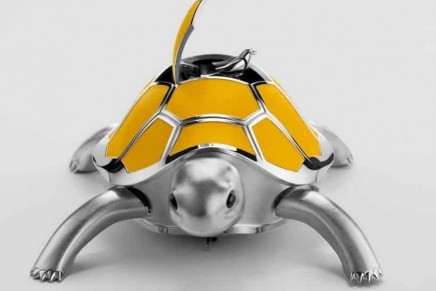 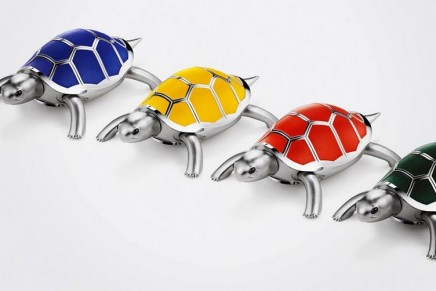