Louis Vuitton sets off to conquer the fascinating territory that is today’s woman, a complement of strength and fragility. And it offers up an exhilarating challenge: “The adventure depends on you.” 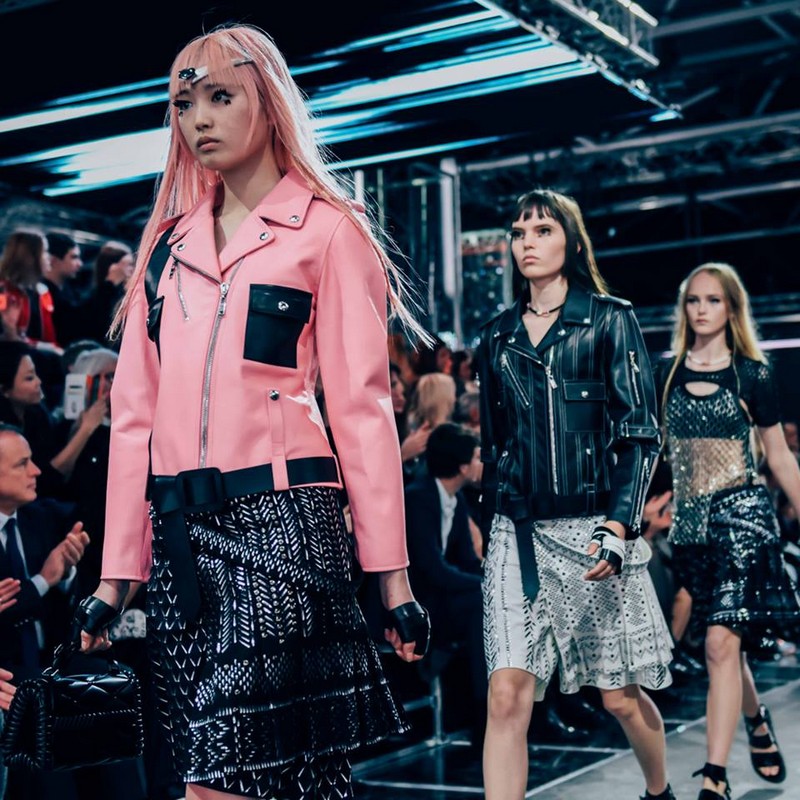 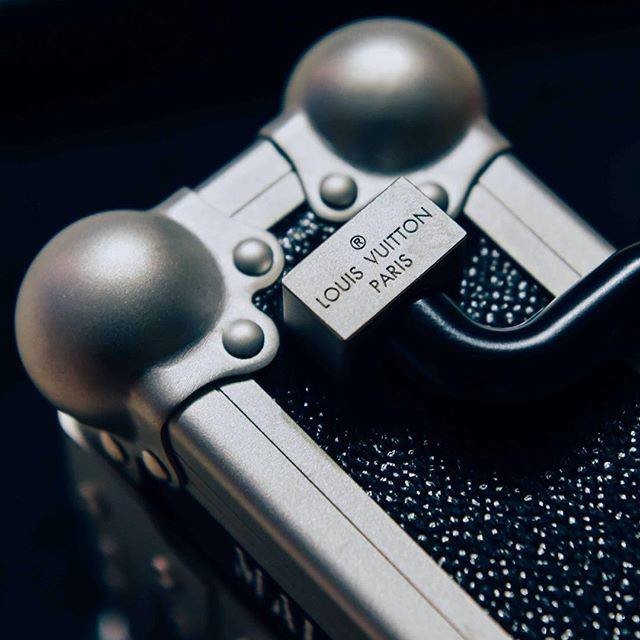 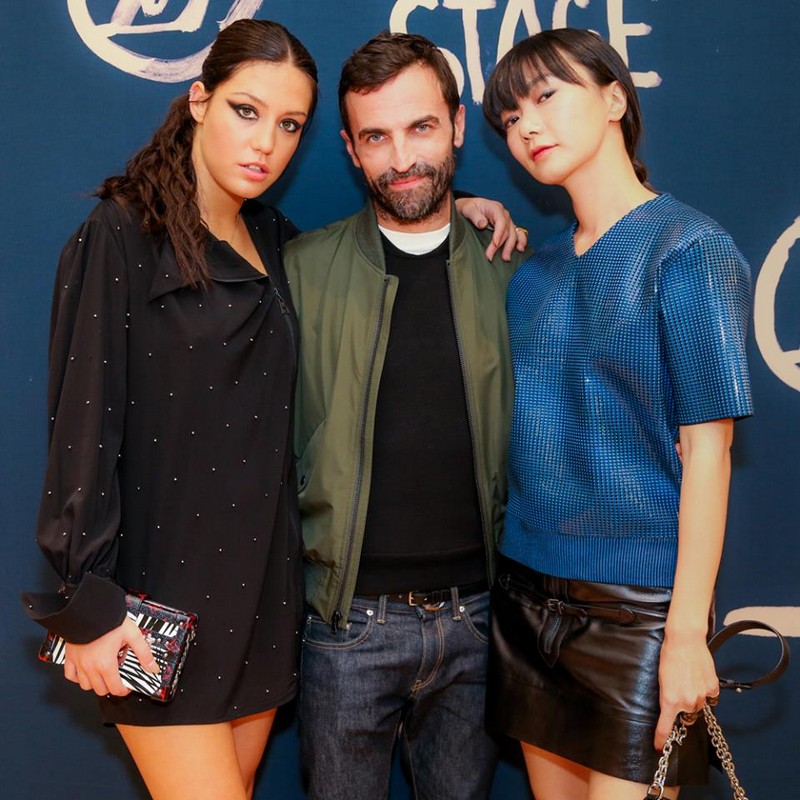 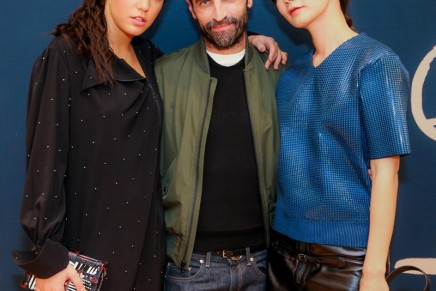 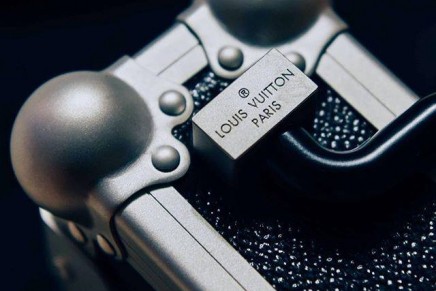 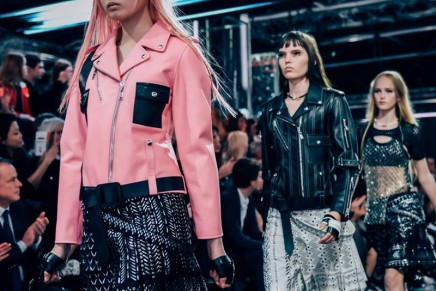 To witness the pinnacle of fashion today – in terms of both commercial might and creative endeavour – it doesn’t get much better than the Louis Vuitton show that has taken place in Paris.

According to the fashion house’s creative director, Nicolas Ghesquière, this collection was about “the frontier of the digital world” – a theme that enabled him to dress models in shimmering space-age creations while flagging up the brand’s heritage as a purveyor of very posh luggage. “It’s another way of travelling at the end of the day,” he said, “this digital travelling that we are all experiencing.”

Often when designers refer to the digital landscape they do so straightforwardly, staging catwalk “moments” or creating novelty accessories designed to break Instagram. Ghesquière’s approach on Wednesday was more conceptual: models looked like wild creatures from Mad Max or Blade Runner with pink hair or mohawks or their ears painted silver.

There were punky biker jackets and jumpsuits, cowboy-influenced spurs and leather waistcoats, and two-tone trousers that looked like chaps. Red stripes on leather jackets recalled the US flag, but were joined by Louis Vuitton’s yellow and brown insignia rather than stars. The final looks were tulle skirts appliquéd with celluloid sequins that looked like a glamorous oil slick.

The accessories were particularly tough: leather cuffs worn on the fingers like boxers’ tape, bags covered in swirls of smudged graffiti; silver headpieces that looked as though models might be plugged into the mainframe. Even when dresses were long and flowing they were paired with squidgy-soled shoes, brogues or slingback loafers.

Video screens ran alongside and above the catwalk, images morphing from a virtual reality headset to silvery, robot curves and a voiceover quoting the video game Minecraft and Jeff Bridges in Tron.

Backstage, for half an hour, Ghesquière greeted a procession of stars who looked smaller in real life than they do on the screen – Alicia Vikander, Catherine Deneuve, Michelle Williams – to the delight of the attendant scrum of photographers. Like many in the crowd, these celebrities were either clad head to toe in Louis Vuitton or pledged their allegiance more subtly with a top or a handbag. But the influence of this collection will be felt far beyond these hardcore, moneyed fans.

Ever since Ghesquière joined Vuitton from Balenciaga, four seasons ago, his work has had a huge impact on the wider fashion world; the polo necks and sepia-toned mustard and beige 1970s vision he presented for his first Louis Vuitton collection is still being replicated by other designers and on the high street.

This season was a clear continuation of that look, but more streetwise than before. The influence of the ever-important east Asian market was clearly felt. Korean actress Doona Bae, star of the Netflix series Sense8, was a big inspiration this season, said Ghesquière, as well as the Japanese anime Evangelion and Wong Kar-Wai’s sci-fi 2046.

There has been much talk in the luxury industry about customers craving discrete, under-the-radar or unusual brands that reflect their taste and individuality rather than staying loyal to the big names whose designs are universally recognised as unapologetic signifiers of wealth – and universally copied by counterfeiters. Louis Vuitton is the biggest brand of them all – worth $28.1bn (£18bn) according to Forbes – and has answered this challenge by producing collections and collaborations aiming to marry high art with big commerce.

The show’s venue – the Frank Gehry-designed Louis Vuitton Fondation in the 16th arrondissement, of Paris – encapsulates this ambition. The 40,000 sq ft art gallery – a staggering building made of irregular glass panels rising into the sky in a ululating motion like a windmill – was opened last year at a reported cost of $143m.