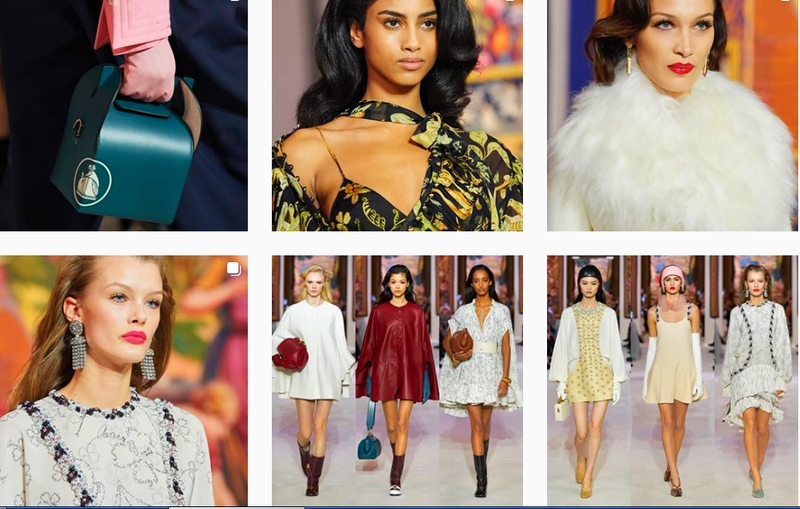 This article titled “Lanvin looks back to go forward in chic Paris fashion week show” was written by Hannah Marriott, for The Guardian on Wednesday 26th February 2020 16.43 UTC

That France’s oldest surviving couture house was founded by a woman raised in poverty, as one of 11 children, is a narrative that feels ripe for mythologising.

The story of Jeanne Lanvin has recently lain dormant, however, after five years of creative and financial turmoil at a house that was once the pinnacle of Parisian fashion.

The Lanvin brand’s latest incarnation, under the French designer Bruno Sialelli, is starting to feel more solid, with a third confident collection delivered on the catwalk in Paris on Wednesday.

Models held boxy handbags under their arms – as prim Parisians of old might hold lap dogs – while prints from the brand’s archive were deployed on long tasselled scarves and soft, voluminous dresses. There was loads to love – particularly the neat coats and subtly quirky men’s suits, which were so good they overshadowed the women’s evening looks, which were chic but less distinctive.

After the show the understated Sialelli, who wore a slouchy jumper and had four rows of gold hoops in his ears, said that building bridges between himself and the brand’s founder “was the idea behind everything”.

Lanvin’s life story had inspired him a lot, he said, in the way that she raised herself up from modest circumstances. “Yes, she married well,” he said, “but she managed to put her daughter, who she loved, in the best schools and that’s how she started her business – by sharing her designs with the other mums.”

The show was an olfactory experience too, with models walking in a cloud of perfume down the catwalk. This capitalised on “something I love which in French we call capiteux, which means fragrant”, and the idea that a person might leave an intriguing whiff of perfume in a room after they had left it.

The no-expense-spared model casting – Bella and Gigi Hadid, Jourdan Dunn and Paloma Elsesser were on the catwalk – signalled the brand’s continued commitment to returning Lanvin to pole position in fashion.

Lanvin has struggled since its charismatic former creative director Alber Elbaz left dramatically in 2015, after the Taiwanese businesswoman Shaw-Lan Wang bought the business. It has since been bought by the Chinese conglomerate Fosun. On Wednesday the company told the trade publication Business of Fashion that there were signs a recovery was under way, with womenswear sales up 20% season-on-season.

Later at the Dries Van Noten show, face masks were distributed to guests, many of whom had recently arrived in Paris from Milan fashion week, as ongoing concerns over the coronavirus outbreak led to speculation that shows could be cancelled.