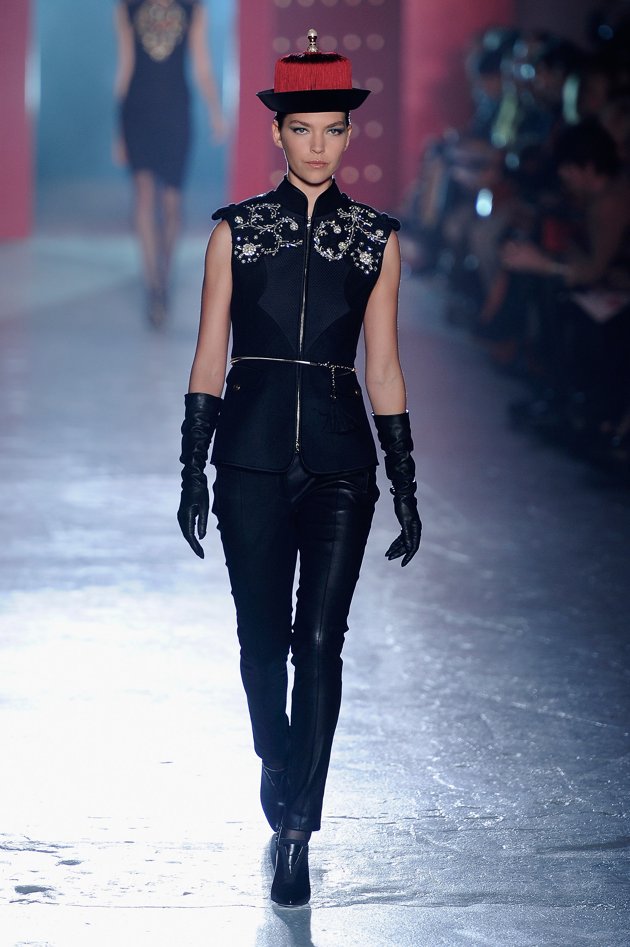 Jason Wu has been considered a strong up-and-comer since Michelle Obama wore a gown by the then-barely known designer to the presidential inaugural balls in 2008. Then came a Target deal that put a limited collection in stores earlier this month.

He tapped into Chinese military uniforms with Mao jackets, grommets, strong shoulders and capes — the best of that look being the green coat with attached cape and black lace that opened the show. A different sort of strength, however, is found in the ornate trappings of the Qing Dynasty and the tassels, embroideries and brocades worn by empresses.

Jason Wu grew up in Taiwan, but hadn’t visited there in years until a trip about 18 months ago. “I almost went back as a foreigner with fresh eyes,” he explained in an interview for AP earlier this week.