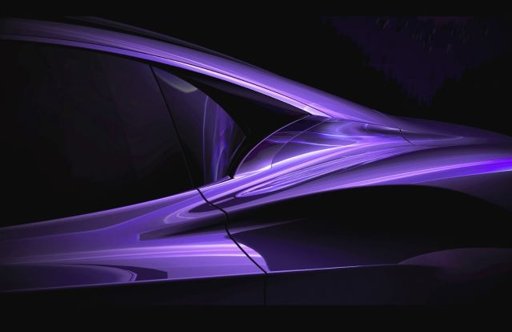 The Nissan owned-brand Infiniti has designed a new model to celebrate Infiniti’s 20th anniversary. Infiniti revealed to AFP that the luxury “green” model will be called ‘Emerg-E’, promising a low-emission, high-performance and high-technology car, with several firsts — and a new design direction for the brand.

The first partial photos of the model appear to show a low-slung form, with a two-seater cockpit and a shape which appears to have been at least partially inspired by the Infiniti Essence concept, revealed at Geneva in 2009.

While there have been no noises from Nissan on whether the Emerg-E will hit production, the trend seems to indicate that Infiniti is working towards a very specific goal.

Whether drivers will accept a range-extended model as an alternative to the Tesla Roadster, still the benchmark for green sports cars, remains to be seen, although Infiniti isn’t the only brand waiting on the outcome of that question, as Fisker uses similar technology in its Karma hybrid. The Geneva Motor Show runs March 8-18 in Geneva, Switzerland.