Ruling over the dimension of time, Planet Earth and some extremely fine haute horlogerie decorations, this white gold, titanium and silk-embroidered duck feather Tarantula by Jacob & co, the manufacturer of revolutionary timepieces and jewelry for men and women, places a very scary parallel universe on your wrist. 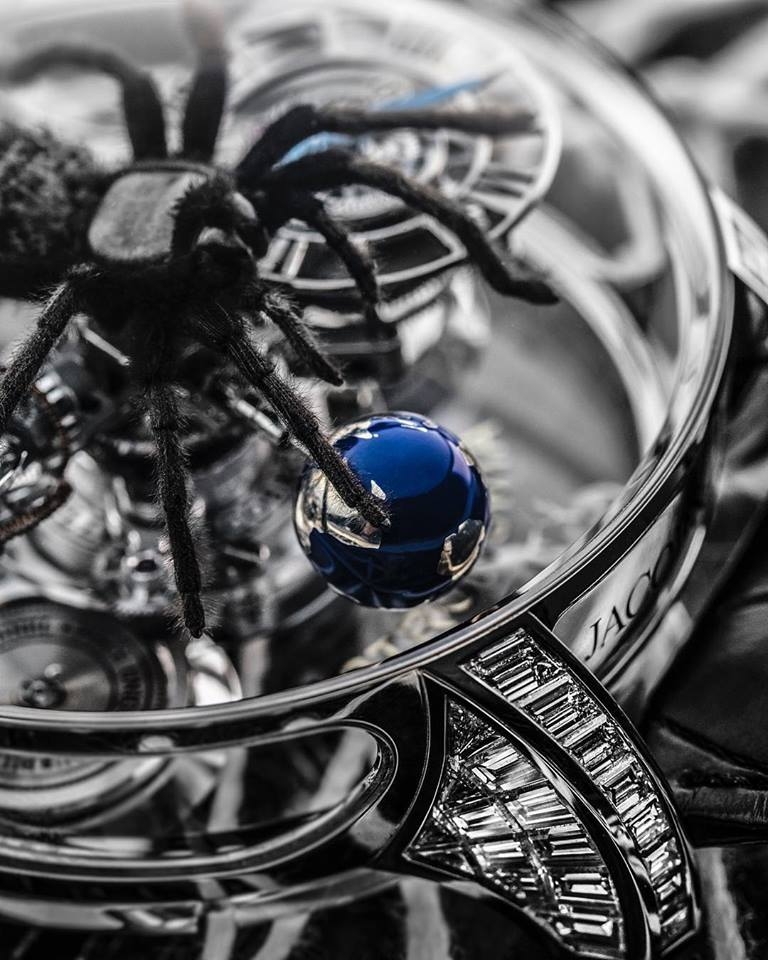 Some of the largest sapphire windows in any high-end watch; photo: jacobandco.com

Brushed and black mirror polished flat surfaces, hand-beveled and polished angles and countersinks reflect light in millions of different ways, fighting for your attention while, there is no other way of saying this… There’s an 8-legged monster in very close proximity! “No other exercise in haute horlogerie has to overcome challenges like the Astronomia Spider has, that’s for
sure!” says Jacob & co.

The luxury watch manufacture developed the exclusive, 288-facet Jacob-Cut to create a special little sphere, performing 30- second rotations around its axis as it orbits over the sapphire crystal case-back. Oh, and that hairy, jointy thing? Don’t mind that, it’s just the leg of a Tarantula. 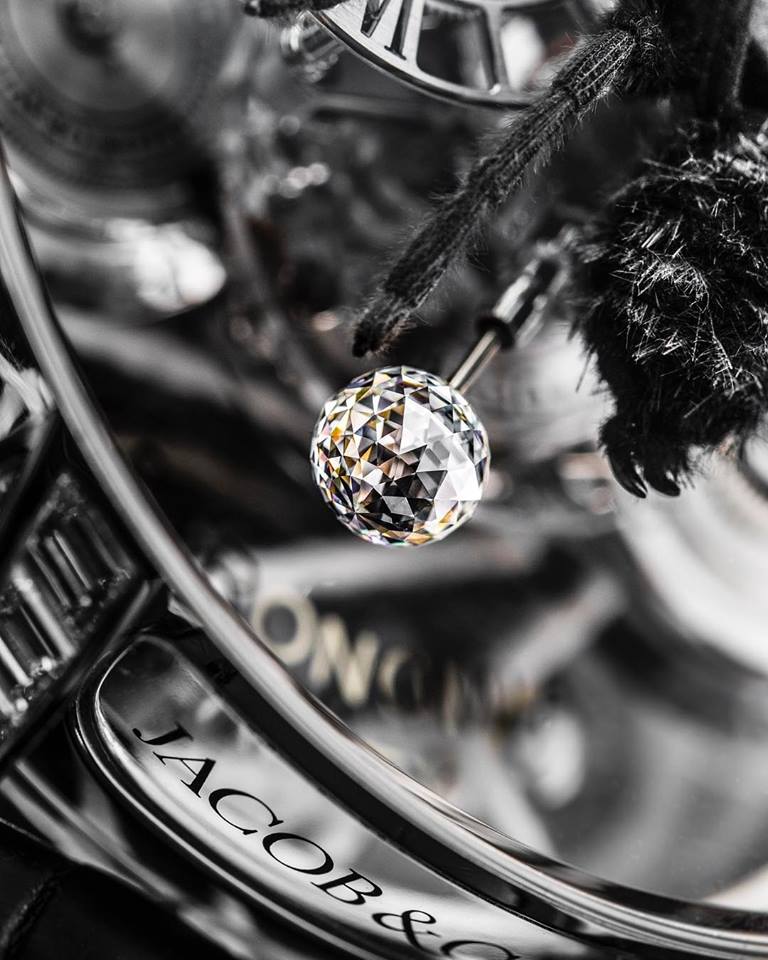 Some of the largest sapphire windows in any watch reveal a blue magnesium globe that rotates once every 30 seconds in the deadly embrace of a Tarantula. A fierce situation like this requires a fitting scenery: 80 baguette-cut white diamonds adorn the 18ct white gold lugs for added drama in the Astronomia Clarity Spider.

Astronomia Clarity Spider timepiece’s four-armed platform makes a full rotation above its double barrels and sapphire case-back once every 10 minutes, with its triple-axis tourbillon, blue magnesium globe and Jacob-cut diamond all perform their own, precisely orchestrated dance.

“As incredibly real as it appears, we actually crafted this 8-legged monster from titanium for its structure, white gold for its external framework which we then treated with black physical vapor deposition. Finally, the tarantula’s “coat” we crafted from duck feathers carefully embroidered with silk thread,” explained Jacob & co the creation process behind Astronomia Clarity Spider watch. 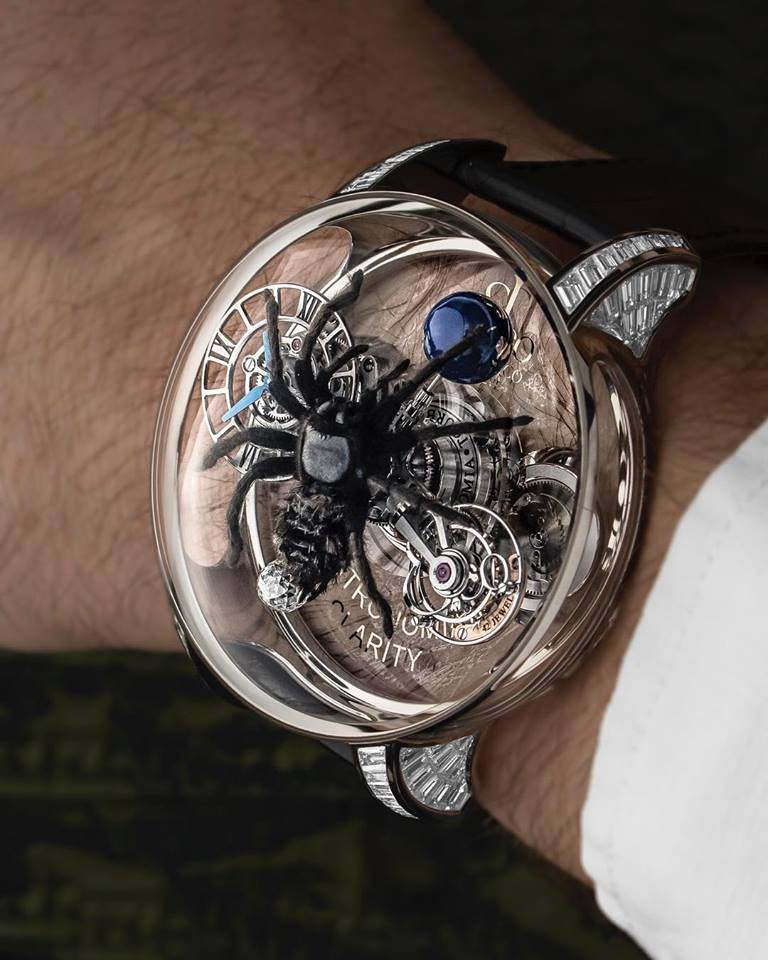 The Astronomia Spider tells more than just the time.

According to Jacob & co the unique watch indicates you understand the importance of traditional, exceptional quality – but you are among those few who figured out a way of expressing your own eccentric personality, not letting it rest oppressed by the self-imposed limitations of the age-old, mythical rulebook of haute horlogerie. 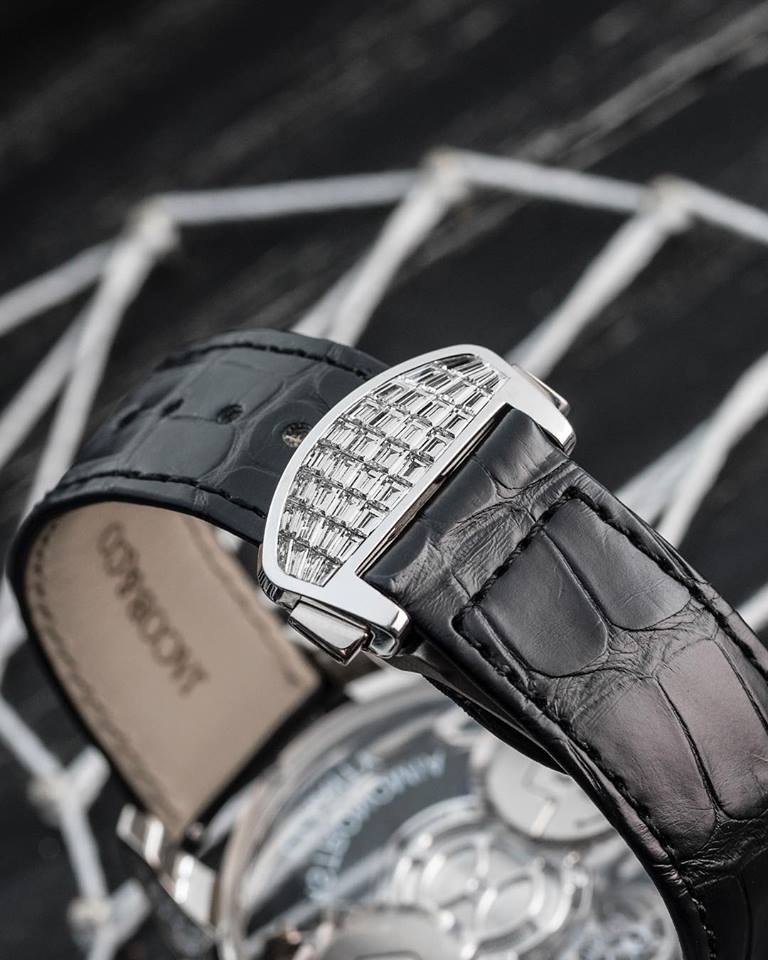 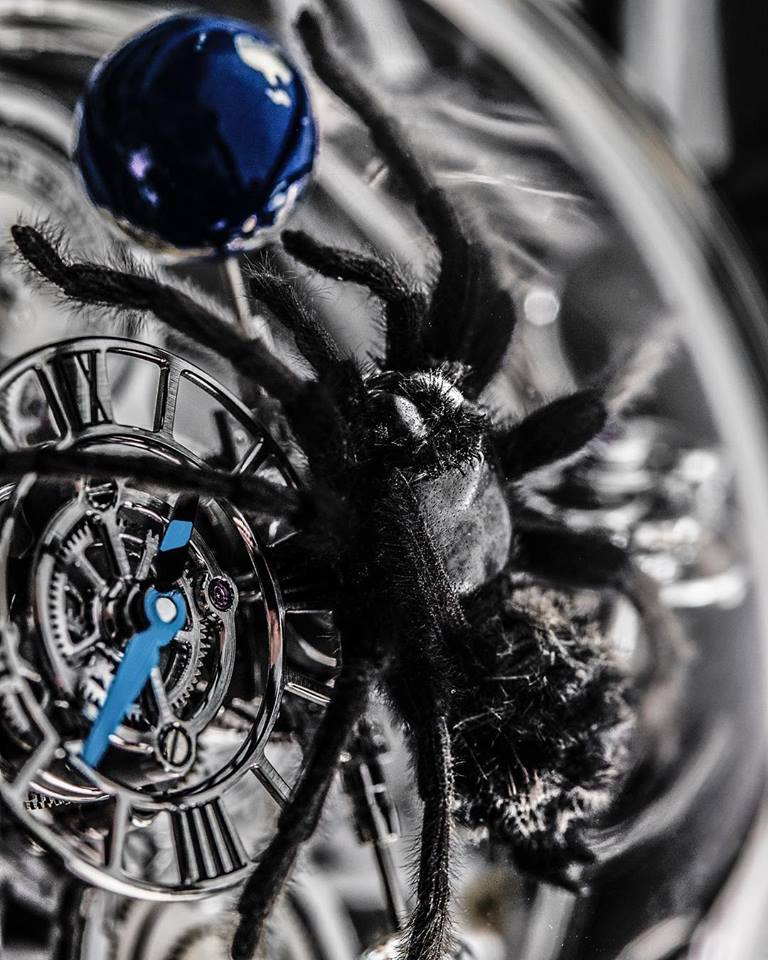 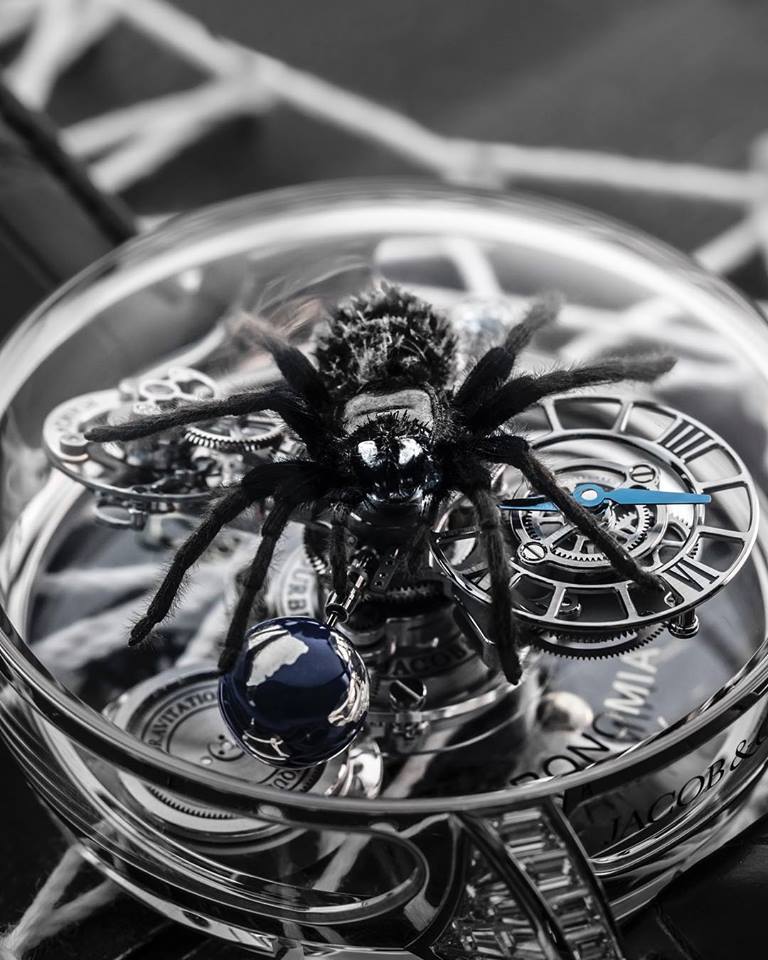 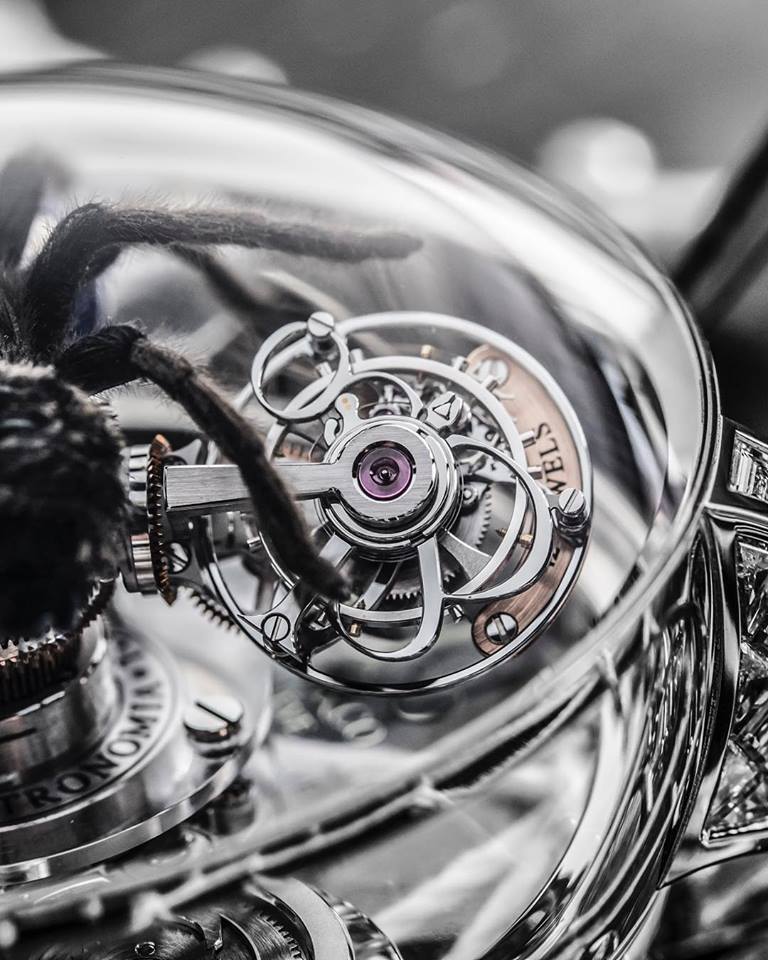 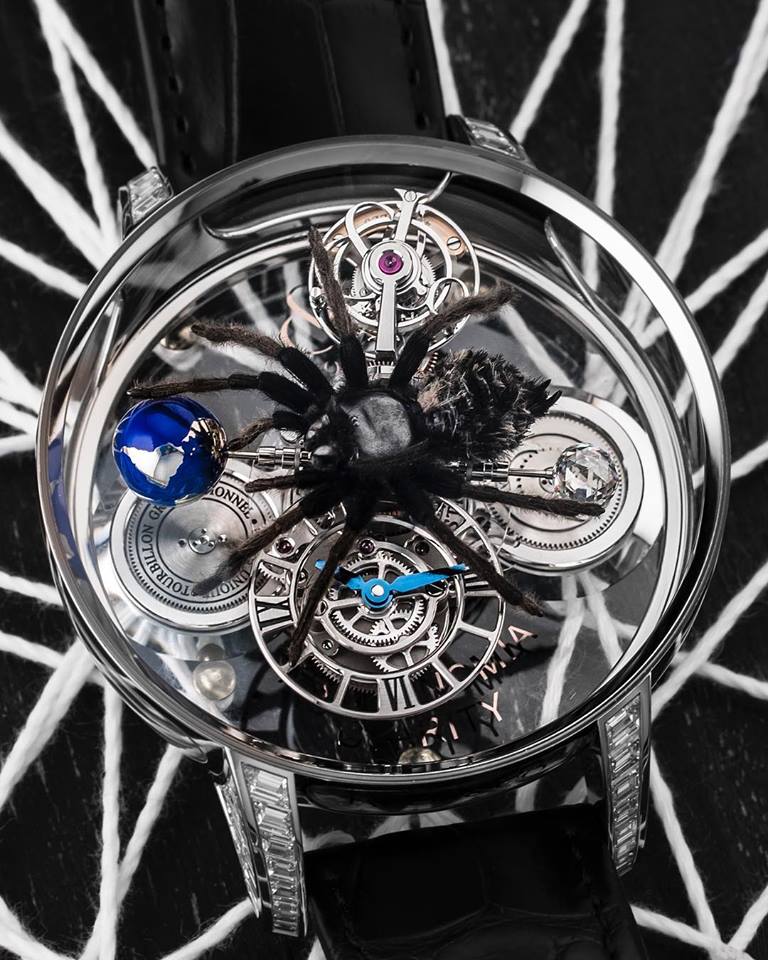 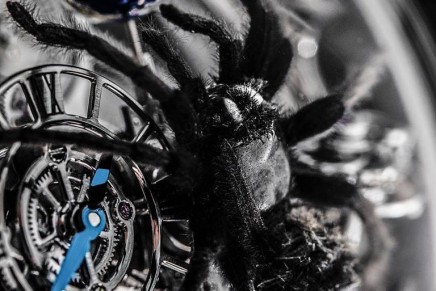 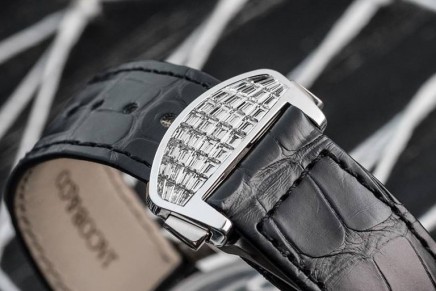 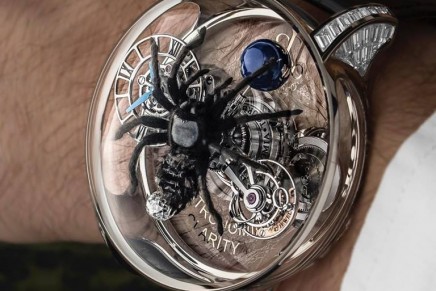 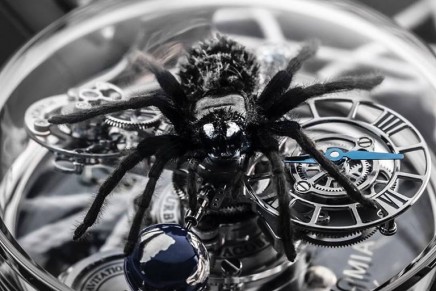 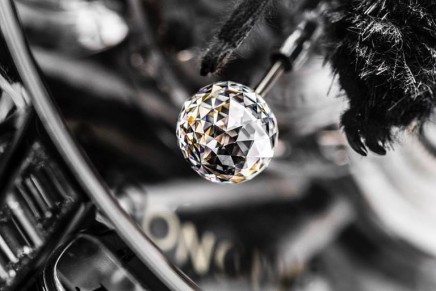 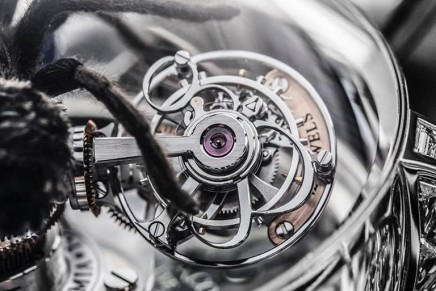 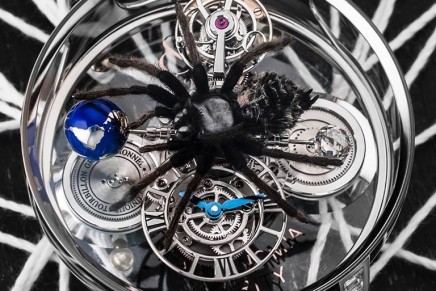 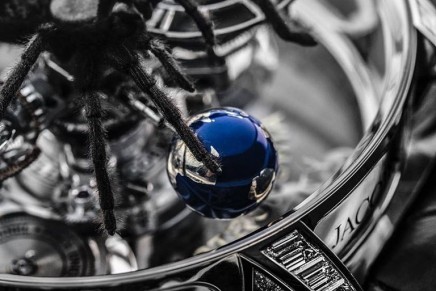