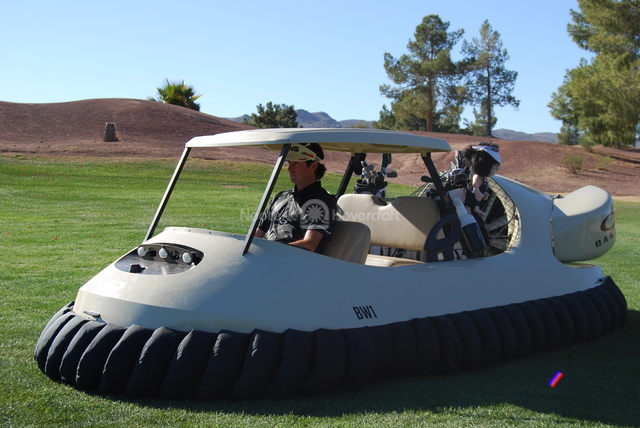 Usually golfers have the choice to walk or ride in a cart, but thanks to an Indiana company, they could soon have the option to hover. American golfer Bubba Watson, winner of the 2012 Masters Tournament, teamed up with golf equipment manufacturer Oakley and Neoteric Hoovercraft to create BW1 Golf Cart, a personal hovercraft for golf courses. Bubba’s hover floats above grass, sand and water on an air cushion, traversing everything a golf course has to offer. It’s sort of a magic carpet floating around a golf course.

“I see a lot of stares, a lot of laughs and then they actually see how efficient it is,” said Watshon.

“I think it’s going to get more people more involved. They’re going to want to just drive the hovercraft and not play golf! That’s how I got started – driving a golf cart, and then golf got in the way.”

Neoteric markets their machines to rescue teams, the military, and now golfers who have about $50,000 to spend. The molding, sanding, buffing and assembly for one craft takes hundreds of hours. Since the YouTube viral video launched, Neoteric has been flooded with inquiries and expects to start filling orders soon.

“The absolutely fantastic thing … is that it is spreading the word that this technology exists and look it can be used for doing lots of different things,” NeotericHovercraft President Chris Fitzgerald said.

But he said as far as the hovercraft replacing the four-wheeled golf cart, it won’t happen soon, if at all.”This is a flying machine and it really requires training,” he said. “You know, you jump in a golf cart and most people can just get in and drive, but this is not like that at all.”

The company requires a minimum 12 hours of training before anyone can hover off with their product.

NeotericHovercraft President told Yahoo News he plans to produce up to 140 of the hovercraft models this year and has had to push back his company’s other production orders to keep up with surging demand.

Other than for the obvious cool factor, why would someone spend upward of $50,000 on a golf cart hovercraft?Fitzgerald acknowledged that it’s largely a novelty, but he said there are a few legitimate reasons. “They have a very low environmental impact,” Fitzgerald said. “They can also get up to 50 mph. You can literally fly over a water hazard.” 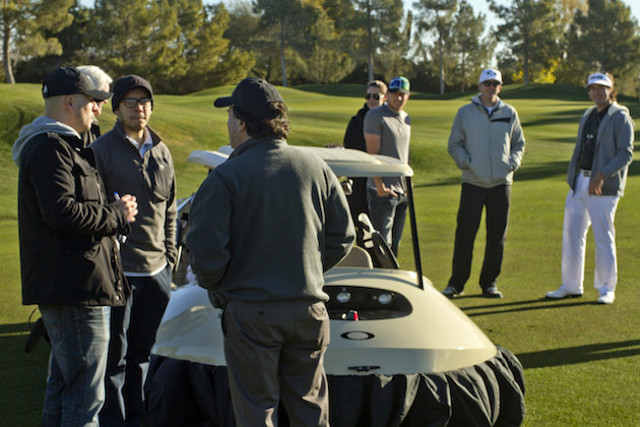