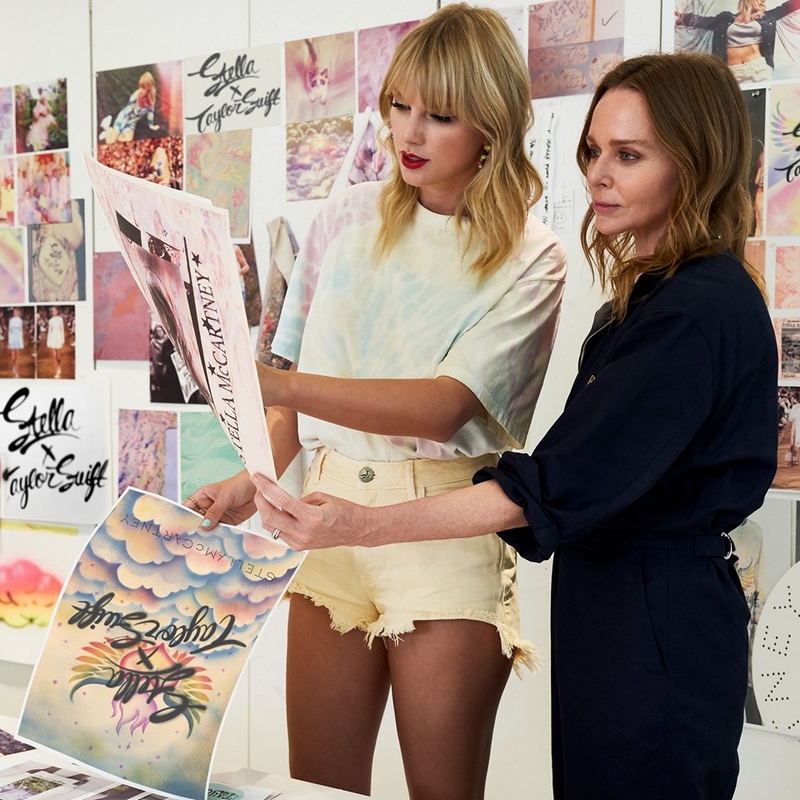 There have been few fashion statements over the years at G7 summits (dress code: world leader suit, sensible shoes).

But this year, G7 leaders will be joined by more than 20 fashion retailers and brands, including the owner of Gucci, Kering, H&M and Zara’s parent company, Inditex, for a key fashion moment – a global pact to fight the climate crisis and protect biodiversity and the oceans.

The deal to be concluded in Biarritz at the weekend comes as the global fashion industry faces an unprecedented backlash from young people concerned that it is contributing more to climate change than the aeronautical and shipping industries combined. Without action, the industry could account for a quarter of the world’s carbon budget by 2050.

The issue is soaring up the agenda, with models on the catwalk at London fashion week next month set on a collision course with campaigners from Extinction Rebellion who want the event scrapped in the face of the climate emergency.

Growing numbers of young people are turning away from fast fashion towards reuse and resale sites such as Depop in the UK, Thredup and The RealReal in the US and YCloset in China. The secondhand market is expected to overtake fast fashion in the next few years and be 50% bigger than it by 2028, according to a report by market analysts GlobalData for Thredup.

The surge in environmental concern is forcing brands to accelerate sustainability plans and club together to bring about change not only in stores but with the factories and suppliers they share around the world.

Last month Inditex, the world’s third-largest apparel company, announced that all of its collections would be made from 100% sustainable fabrics before 2025, the first international high street store to make such a commitment. It is switching to renewable energy and pledging to send zero waste to landfill by 2025.

The UK parliament’s environmental audit committee investigation into sustainable fashion has also prompted action, despite the government rejecting a recommendation of a 1p per garment tax to fund better textile recycling schemes.

The committee’s report published in February named and shamed brands such as Boohoo, JD Sports, Sports Direct and TK Maxx, which had been slow to take action: failing to use sustainable cotton, collect used clothing or sign up to the government-backed sustainable clothing action plan (Scap).

It’s not an option, it’s now a duty of running a global company

Scap, whose nine large retail signatories including Next, M&S, Primark and Asos have committed to reducing their water use, carbon footprint and waste sent to landfill by 15% by 2020, said it had seen a notable increase in inquiries about joining up.

With the spotlight shining on the fashion industry, Primark, one of the flag-bearers for the kind of one-use fast fashion so heavily criticised by environmental activists, is experimenting with clothing recycling bins at its new store in Birmingham and has pledged to introduce a full scheme this year. It has also launched sustainable cotton jeans and eco-friendly glitter.

Giorgina Waltier, sustainability manager for H&M in the UK and Ireland, said: “There has definitely been a significant change in people’s attitudes towards sustainability and fashion in the last 12 to 18 months, with a real sense of urgency around these issues and a definite demand from consumers for more action and greater transparency from brands.”

H&M, the Swedish group that also owns the Cos, & Other Stories, Monki and Weekday brands, is aiming to have 100% recycled or sustainably sourced materials by 2030, up from 57% now. It is also testing out a free mending service.

Marie-Claire Daveu, chief sustainability officer at Kering (whose boss François-Henri Pinault, was asked by French president, Emmanuel Macron to help pull together the G7 fashion-industry deal) said the international fashion pact would enable global retailers to share best practice and ideas and combine their buying power to push for change right back to the agricultural practices involved in supplying raw materials.

“Many companies have taken the initiative but if they do things on their own it has less impact on the ground than if they work together,” said Daveu. She said the group could combine efforts to find solutions to problems such as effective recycling of textiles and fibres for garments that can’t be worn again.

“More and more customers and clients, generation Z and millennials, are expecting brands to act,” she said. “Listed companies also find more and more investors and financial analysts are taking factors like climate change into account on risk management. Chief executives and designers are also citizens of the world and very conscious that they have an important role to play in one of the most important issues of our century.”

“It’s not an option, it’s now a duty of running a global company.”

But there are fears that the G7 pact will only add complexity and confusion: there are already many groups involved in sustainability, including the Sustainable Apparel Coalition, Global Fashion Agenda and Common Objective, a private enterprise that recently took over the former Ethical Fashion Forum, which was run as a charity.

Several retail and sustainable fashion experts told the Guardian they were concerned that the array of standards and global groups which brands and their suppliers were now expected to sign up to could divert resources from actual action.

“It’s great what Macron is doing,” said one big retailer who has held back from signing up to the G7 pact, referring to the fact that it was the French president, Emmanuel Macron, who asked Kering’s boss, François-Henri Pinault, to help pull together the G7 fashion industry deal. “But our responsibility is not to just sign something and the job is done. It is fine to say stuff but actually doing stuff is what’s important. Resources can be consumed by meetings. Let’s keep the balance on delivering.”

David Moon, of Scap,said global initiatives served to get big company bosses focused on environmental issues but he said “national action like Scap can really drive change. We can [muster] capital investment and ensure people are measuring and managing change.”

The UK government has backed an extension to Scap when it winds up next year and the new deal is expected to involve more retailers and to take steps towards developing industry-wide systems to recycle and reuse textiles and fibres.

Most big retailers now agree they have to adapt to survive. Waltier said: “Our planet doesn’t have the resources available to facilitate the linear production model that the vast majority of the fashion industry operates and therefore systemic change is the only option.”