Designed for city and limitless adventures,  Fuell Fluid ebike packs 2 removable batteries and over 1000Wh of energy. Its motor is one of the most powerful on the market. It features a full-color dashboard and 5 levels of assistance. Its carbon belt and 8-speed geared hub make it perfectly silent and virtually maintenance-free. 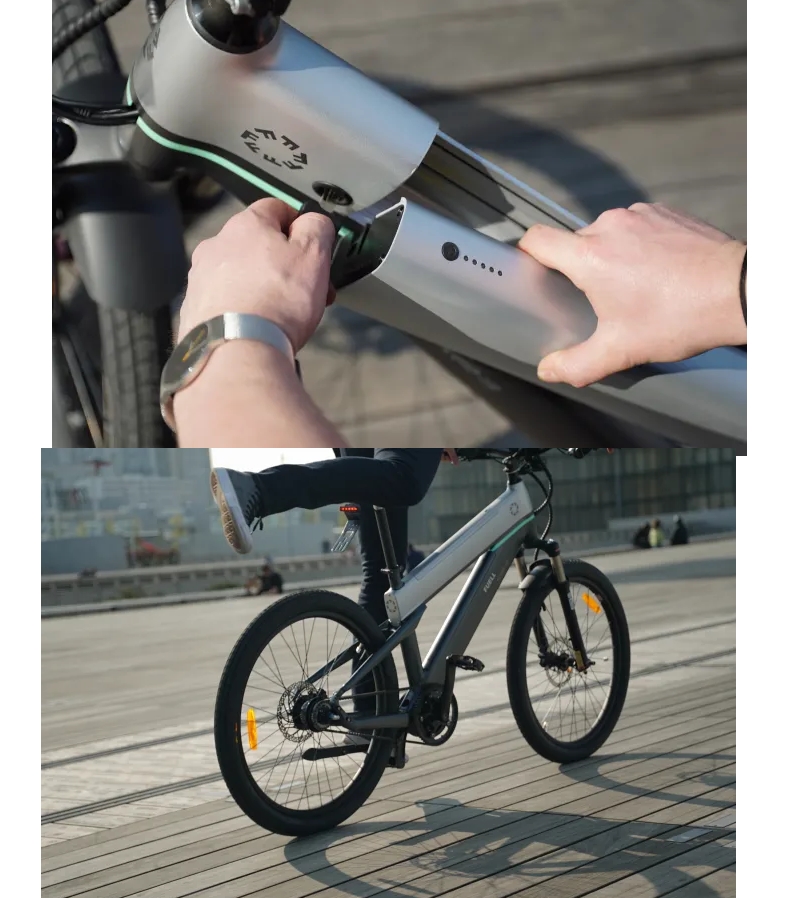 This article titled “Fuell Fluid ebike: ‘Turns heads in any bike lane’” was written by Martin Love, for The Observer on Sunday 25th August 2019 05.00 UTC

So many ebikes start out as basic frames on to which weedy electric motors and heavy batteries are then ungraciously welded. The results are unwieldy, cackhanded contraptions and often make Heath Robinson’s designs look like cycling’s answer to Ernesto Colnago. But take a look at this new ebike from Fuell and you can immediately see something special is in the mix. It’s not a bicycle that’s has been powered up, it’s a motorcycle that’s been stripped down.

For anyone familiar with outrageous two-wheel performance and design, Erik Buell is something of a legend. Now 69, he started out as a motorcycle racer before focusing on building his own machines, creating the game-changing Buell Motorcycle Company in Wisconsin. His designs were so outside-the-box that Harley-Davidson first invested in his company and then bought it outright. Buell worked for them for more than a decade, creating innovative and sometimes eccentric machines with quirky features, such as a vast frame that doubled as a fuel tank, or an exhaust system situated below the bike instead of down the side.

Now Buell is back with a new venture – this time called Fuell. Two bikes are being offered: one is a neat and nimble city motorbike called Flow; the other is a chunky ebike named Fluid. It comes with a 250W crank-centred motor, or as a sportier “S” version with a more powerful 500W engine. What makes the Fluid exceptional is its range – up to 125 miles on a single charge. With an ebike you can never be stranded in the same way you can if you drain all the juice from an electric car, but range anxiety is still an issue for mile-hungry cyclists. The Fluid packs two integrated batteries into its large frame, giving a whopping total of more than 1kWh of power. Few people are going to set out to cover 125 miles on an ebike in a single trip, but whizzing around the city you’d be amazed how many miles you eat up. The Fluid’s extended range means you’ll only need to worry about charging every week or two – it’s about convenience as much as outright distance.

As you’d expect from Buell, the Fluid has sleek lines and numerous smart details to surprise and delight. It’ll turn heads in the bike lanes of any city. To make it simple to use and easy to maintain, it has a Gates carbon belt drive and Shimano Alfine 8-speed geared hub. The batteries are quick to charge, reaching 80% in 2.5 hours and a full charge in 5 hours. The batteries are also removable and as battery technology evolves they can be upgraded. At the centre of the handlebars you’ll find a 3in full-colour screen displaying speed, distance, battery level and five configurable motor-assist settings. It’s quick away from the lights, super easy to ride and very comfortable, thanks partly to its unique adjustable suspension. The word cushty to comes to mind.

With the Fuell Fluid, Eric Buell has insured that the old Harley-Davidson mantra “Live to ride, ride to live” has been brought bang up to date.

Super-stretchy and hardwearing, these gravel shorts add a layer of comfort to every bike ride. Stolen Goat shorts £65, stolengoat.com