The auction houses are seducing a whole new generations of collectors.

On 16th May 2018, Artcurial hosted an event as only they could! With C.R.E.A.M., Cash Rules Everything Around Me, the auction house was immersed into 30 years of New York urban culture, from Urban Art to street wear. This one of-a kind auction focused on the most emblematic brand of the movement, Supreme and the artists of the generation. The auction raised €850,681/ $1 M including fees, doubling its estimate. 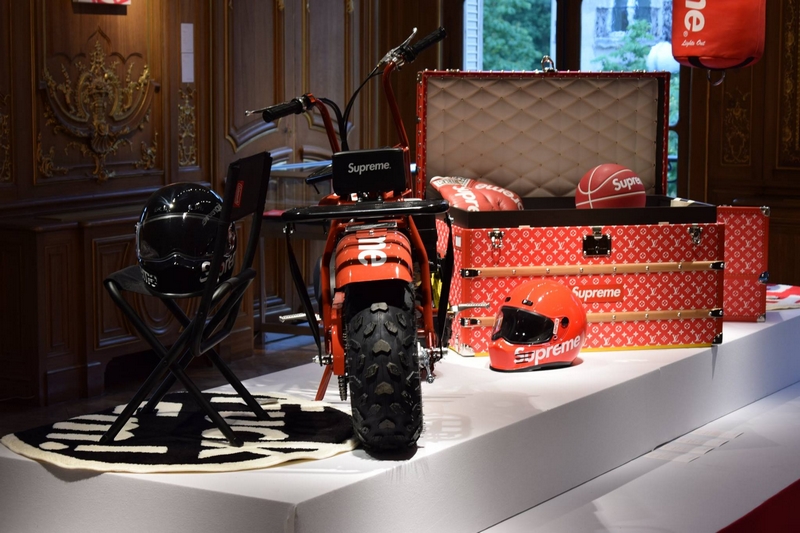 C.R.E.A.M., Cash Rules Everything Around Me Auction at Artcurial; photo: www.artcurial.com

“Under Arnaud Oliveux’s gavel, 94 % of the 135 lots found a new owner. Half of these were sold for above their estimate, at the cost of numerous battles between the bidders in the room, on the telephone and on line. Supreme collectors and Urban Art enthusiasts were particularly well represented in house (over 250 present). Some, unfamiliar to live sales discovered the world of auction for the first time. All generations were represented, namely the much- touted Millenniums, reputed to be uninterested in art,” said Artcurial in a statement.

Unsurprisingly, Supreme’s much celebrated 2017 collaboration with Louis Vuitton obtained the highest price of the auction. The ultra-rare malle Courrier 90 Trunk and Skateboard Trunk respectively raised €88,400 / $104,312 and €62,400/ $73,632, with the estimate.

The success of the works by street artists KAWS and his 4 Foot Companion (Black) from 2007 selling for double its estimate at €80,600/ $95,108, and Futura 2000, with Strawberry parfait II from 2009 obtained €49,400 / $58,292 (estimate: €15,000 – 20,000), confirming the interest of this panoramic offer of urban culture and various artistic formats, resonating with the Supreme skateboards created in partnership with artists Damien Hirst, Terry Richardson and Takashi Murakami.

” Prices achieved for both Supreme objects and for works of artists belonging to the generation of this unprecedented global movement, confirm international interest for urban culture… ” said Fabien Naudan, Co-chairman, Artcurial.

ZEVS piece, Liquidated Supreme from 2010, representing the famous red and white logo of the Streetwear company perfectly illustrate the powerful links between artists and the brands relating to the sector. It sold for more that 10 times its estimate at €54,600/ $64,428 including fees.

The auction reached a frenzy when presented with objects of everyday life that today have become cult. Brand staples, including the emblematic tee-shirts marked with the famous white and red logo and the more sophisticated collaborations are snapped up. 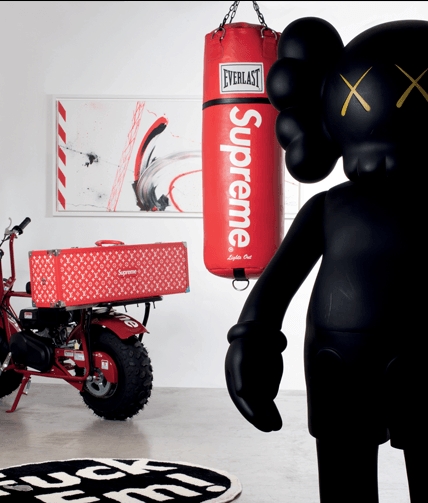 C.R.E.A.M., Cash Rules Everything Around Me Auction at Artcurial; photo: www.artcurial.com 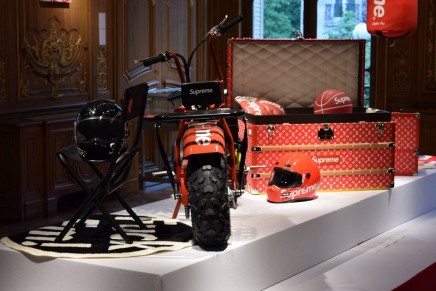