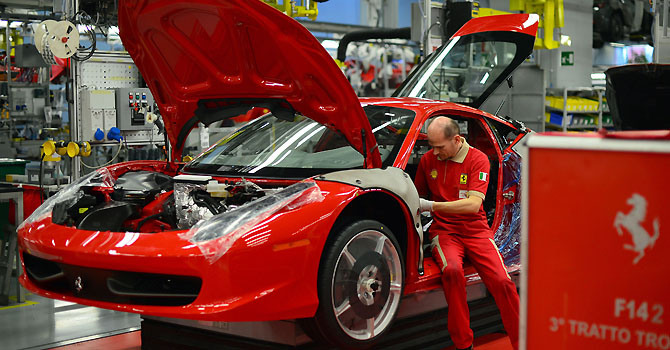 Ferrari is cutting emissions and working on a new hybrid model. To control the air’s humidity levels, Ferrari have planted trees on the Maranello factory. The buildings have also been built to allow more light in and slash electricity consumption.

“We’re working on reducing energy consumption without forgetting that the symbol of Ferrari is performance. We’ve also managed to up horsepower to 100 while still reducing CO2 emissions by 30 percent,” Matteo Lanzavecchia, head of development, told AFP.

The hybrid car (available in the next few months) will have the Kinetic energy recovery system (KERS) used in the famous racer — which recovers energy during braking and stores it for future use — “to reduce consumption but also capture the thrill of driving a Ferrari,” Lanzavecchia said.

In just three years, the number of Ferrari fans on the world’s most popular social network Facebook has reached 10 million. To celebrate the company has produced a short cartoon, now on-line, which features Ferrari’s Chairman, Luca di Montezemolo.

Ferrari has been on Facebook since 2009 and has enjoyed exponential growth in the number of fans following the page, becoming one of the biggest social media realities in the world. Numbers have grown by nearly 4 million in the last 12 months alone and reveal interesting trends in the usage of this media, especially amongst emerging markets and amongst youngsters. 55 per cent of all followers, in fact, are under 24, said the company in a statement. 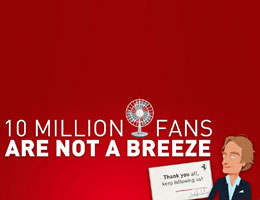 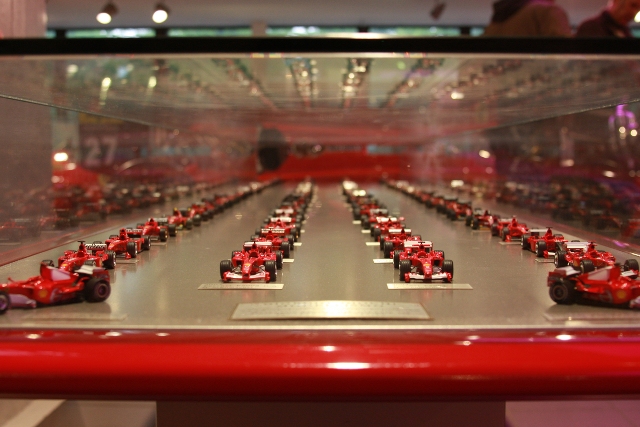