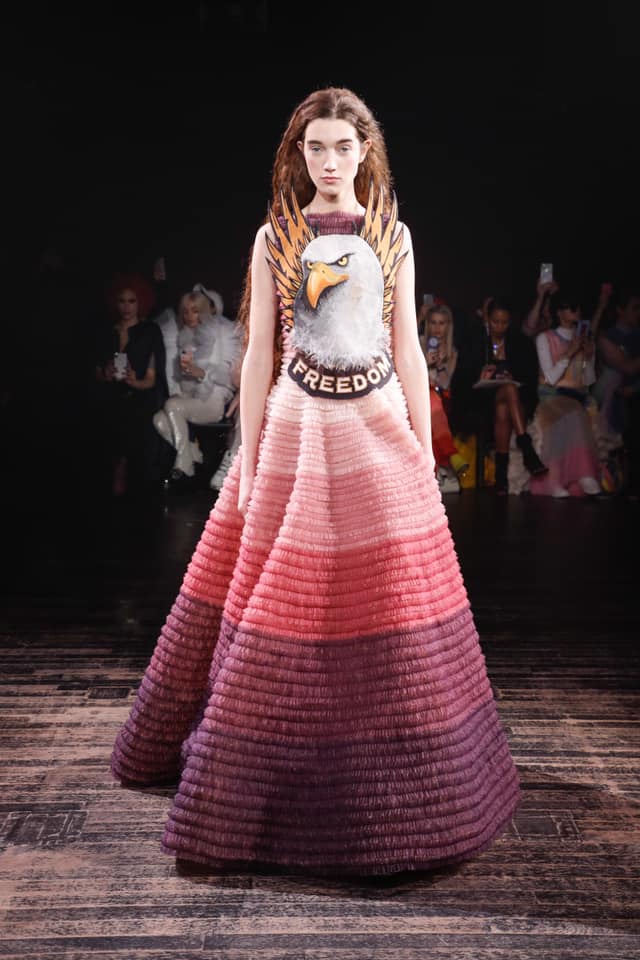 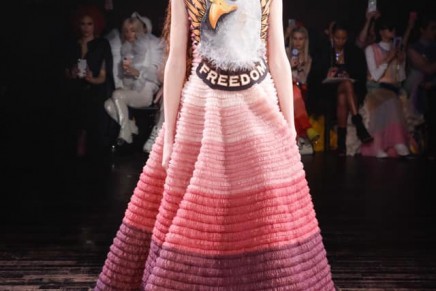 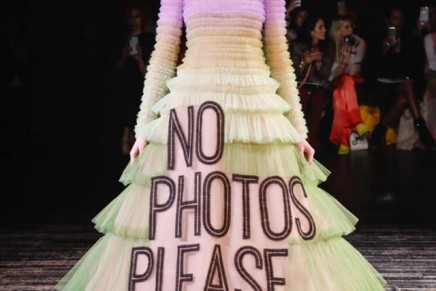 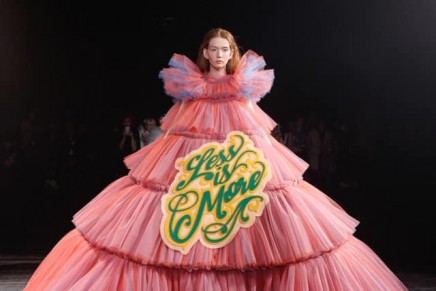 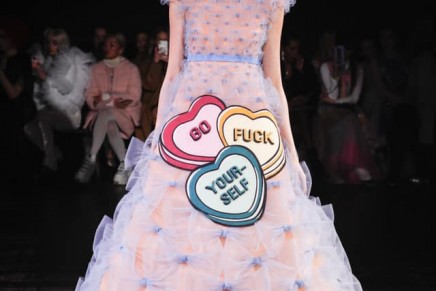 This article titled “Fashion’s first major trend of 2019 is here – and it’s frilling” was written by Jess Cartner-Morley, for The Guardian on Tuesday 12th February 2019 16.16 UTC

You may not have heard of Tomo Koizumi, whose show last Friday evening in New York was the first out-of-the-box hit of fashion month. In fact, if you have, give yourself a million fashion points for being quick off the mark. I hadn’t until a few days ago, when a friend showed me a screengrab with Koizumi’s name, and a time and a place for his last-minute show. Now I am obsessed with him.

Koizumi’s dresses are joyous and frothy. They bob along like baby ducklings in a colour palette that is best described as unicorn-meets-rainbow. They are utterly beautiful – but, surely, kind of unwearable. Tulle is what you make tutus out of, after all. Nobody actually wears it.

Or so I thought. And then, watching the Baftas on Sunday night, there was Rachel Weisz gliding across the stage in an ivory tulle Gucci gown with vast sleeves and a tiered full-length skirt to pick up her best supporting actress award. And Margot Robbie, in a Chanel gown with dramatic, sparkly black tulle sleeves and hemline. Meanwhile, at the Grammys on the same night, the singer-songwriter Kacey Musgraves wore a Valentino dress of top-to-toe tulle.

And while the Koizumi show got most of the buzz, frills were a fixture at all kinds of shows at New York fashion week. At Christian Siriano’s super-glamorous, socialite-set show staged at the top of the Rockefeller Center, plus-sized supermodel Candice Huffine wore semi-sheer layers of black organza with a hooped skirt and high starched neckline. Way downtown, at the lo-fi show by the up-and-comer Sandy Liang, there were smocked-tulle frills on the front of checked dresses, and embroidered organza party dresses worn in slouchy, off-the-shoulder, cool-girl style. Rodarte took its collection to Los Angeles this season, and unveiled – you guessed it – candy-coloured frills, inspired this time by Ginger Rogers.

Here’s the thing: it is time we took the frothy dress seriously. The first week of February kick-starts fashion for the year, as the month of catwalk shows begins in New York at the same moment as the Baftas and Grammys signal the red-carpet season beginning in earnest. So when one trend unites the catwalk and the red carpet at this point, it is a sure sign that it is gathering steam. The frilly, frothy dress may seem too silly, too un-serious, too ridiculously fashion and too not-chic to ever happen, but I wouldn’t bet on it. Consider the trend for prairie dresses: those high-necked, long-sleeved, embroidered or patterned dresses that were written off as a relic of pre-industrial romanticism until about a year ago, when they were suddenly in every shop window on the high street. I would bet good money that the frothy dress will be to 2019 what the prairie dress was to 2018.

If you don’t believe me, believe Rihanna. The pop culture phenomenon – who is about to become the first black female designer to have her name over the door at an LVMH-backed boutique, after signing a deal with the luxury powerhouse last month – has been wearing frothy frocks for more than two years. For the Women’s March in January 2017, she put a pink Molly Goddard strapless dress over a pair of jeans and a This Pussy Grabs Back hoodie. Since then she has worn black tulle on the Cannes red carpet and violet organza at the launch of Fenty Beauty. She has been dubbed the Coco Chanel of the 21st century, and she is all about the frills.

The frothy dress is as cool as it is pretty. But there is a catch. If I was Rihanna, I could slip on an off-the-shoulder electric blue frilled ball gown with tiny Matrix-ish sunglasses and box-fresh white trainers, no problem. But I am not Rihanna, more’s the pity. And the frothy dress is not an easy look to pull off for the not-Rihannas among us. The cruellest of the online tabloid commentators took great pleasure in laying into Robbie’s Bafta look. “A sparkly carwash” and “a flying fish” were some of the more imaginative interpretations of the dress. And Robbie was on the red carpet, in Chanel. What hope for us norms?

The thing is, the modern frothy dress is a mindset, not an outfit. We need to put on that dress like a four-year-old putting on a superhero costume: for the way it makes us feel, not for the way it makes us look. (Also, in style tips taken from four-year-olds in superhero costumes: ponytails and trainers work just as well as chignons and sandals.) Like a new pair of Air Max, a frothy dress is a look to bounce in. If a dress feels a frill too far, start with a tulle or net midi skirt – worn with a T-shirt and a pair of stompy boots, it’s been a signature look on the Dior catwalk for three years.

Tulle and organza are associated with haute couture – see Viktor & Rolf, who sparked a thousand memes with their slogan-bearing tulle dresses in Paris last month – but are increasingly available on the high street too. Zara has a polka dot tulle frock that would look excellent over jeans and a vest; expect more to come. And the fairy godmother of the modern frothy dress is not an haute couture muse, or a vintage Vogue cover girl. She is on TV, as a fictional psychopath. She is, of course, Villanelle in Killing Eve, who was hilarious and brilliant (as well as murderous) in her macaroon-pink Molly Goddard dress. Last year was the breakthrough for the frothy, frilly dress; in 2019, it’s going to kill it.