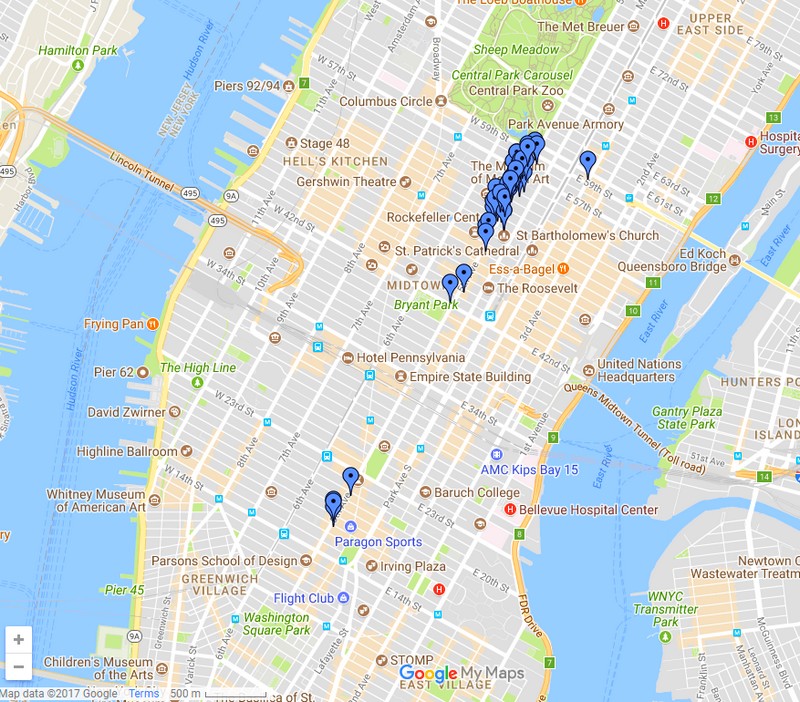 The annual Main Streets Across The World report, now in its 29th edition, tracks 451 of the top retail streets around the globe and ranks the most expensive in 68 countries by prime rental value utilising Cushman & Wakefield’s proprietary data.

Upper 5th Avenue remains the most expensive main street in the world, with annual rents at an average of $3,000 per square foot per year (psf/yr), while Hong Kong’s Causeway Bay retains its second place position despite a 4.7% fall in average rents to $2,725 psf/yr.

London’s New Bond Street leapt into third place in the global rankings in 2017 as rents increased by more than a third (in local currency) on the previous year to $1,720 psf/yr. The increase relative to other global destinations underlines the strength of London’s premium retail offer and strong demand for prime retail space in the West End.

Milan’s Via Montenapoleone, where rents rose 12.5% on the year to $1,433 psf/yr, was ranked fourth, while the Avenue des
Champs Élysées in Paris, where rents are $1,407 psf/yr, fell to fifth place despite rents remaining unchanged over the year.

Report author Darren Yates, Head of EMEA Retail Research at Cushman & Wakefield, said: “Despite a lot of negative headlines, global retail remains as dynamic and vibrant as ever in response to technological and demographic change across the world.

Premium retail destinations, including New York’s Upper Fifth Avenue, Hong Kong’s Causeway Bay and London’s New Bond
Street, are highly sought after by international brands seeking to create engaging retail experiences that offer something new and exciting. The most innovative retailers are combining their online and physical platforms to create a seamless omni-channel experience for the customer, but profile and location play such a crucial role in the premium retail experience.”

Hong Kong’s Causeway Bay remains the world’s second most expensive retail street, although rents on the main shopping streets continued to fall by around 5% over the course of the year. This follows a sharp decline in visitors from mainland China, which has prompted caution among many retailers, particularly at the upper end of the market.

Mainland China’s retail market continues to evolve as a rapidly growing consumer base of savvy, brand-aware shoppers seek out new and sophisticated retail experiences. Beijing’s Wangfujing is ranked 11th in the global table, with annual rents at $477 psf/yr.

The city’s online retail market has experienced exceptionally strong growth and internet sales now account for circa 18% of the total, although 12.4 million sq. ft. of new space is expected to become available in the Fengtai and Tong Zhou districts in 2018 as new developments complete.

London’s major thoroughfares are some of the most desirable and expensive streets in the world, with rents in New Bond Street, ranked third in the global table, increasing by 37.5% to $1,720 psf/yr. Although there was a pause in activity in London in the initial aftermath of the EU referendum, the start of 2017 brought a resurgence in leasing deals.

Demand for prestigious Paris locations such as the Avenue des Champs Élysées, Avenue Montaigne and Rue Saint Honoré was
resilient in the face of political uncertainty in the lead up to the French general election. Paris’s prime retail locations benefited from strong footfall generated by domestic and overseas visitors, as international tourism recovered strongly during 2017.

High Street prime rents in Italy have generally been stable over the last year, with significant upward adjustments only recorded in major cities where activity is sustained by tourism. Rents in some streets in Milan, Turin and Florence recorded particularly strong growth. 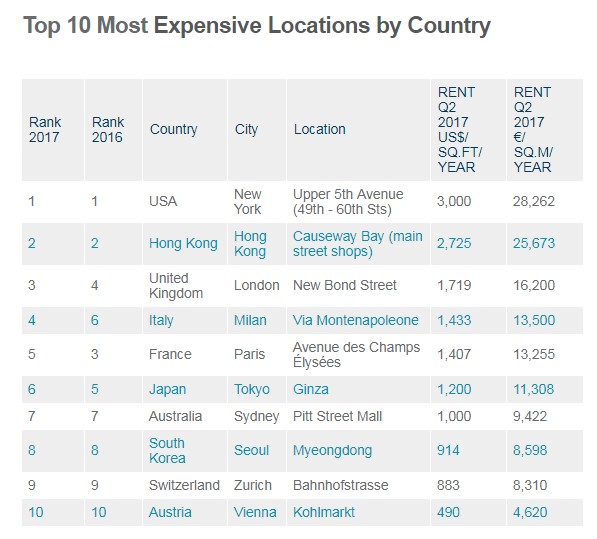 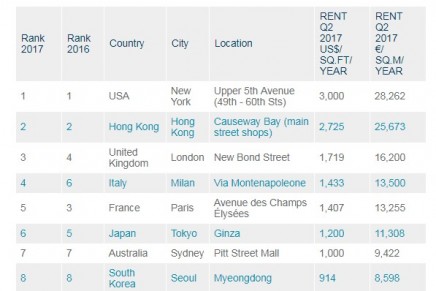 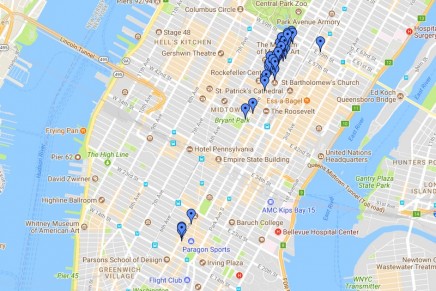