Burberry Conservatory is opening at Harrods London with a new bespoke space hosting The Belt Bag – a belted tote influenced by the iconic Trench. An eclectic mix of new and signature styles, reimagined in modern shapes, textures, proportions and vivid colour. This new Conservatory is also a blooming space for the Pin Clutch, D-ring, Barrel bag and Grommet Detail collection alongside The Belt Bag in a new petite size. 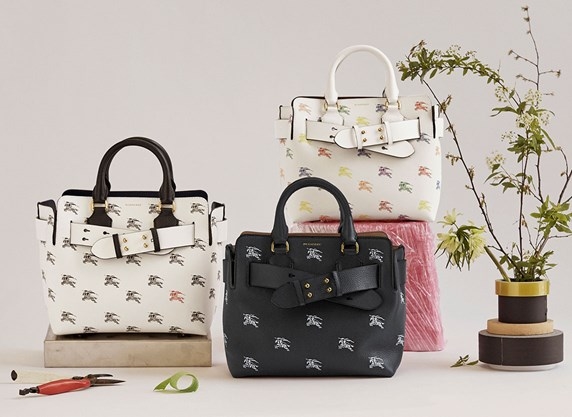 Burberry The Belt Bag; Customise The Belt Bag with a selection of military-inspired, riveted leather belts. Blend or contrast to suit your mood.

From Thursday 6th September, the Burberry Conservatory will open in Harrods as part of a series of temporary spaces dedicated to The Belt Bag, the brand’s latest runway tote. The Burberry Conservatory will travel to cities around the world from Dubai to Los Angeles to London. Inspired by a British conservatory, the spaces will host an exclusive capsule collection of limited-edition Belt Bags, which will be available in medium and small sizes across a range of colours with rainbow belts or equestrian knight embroidery. Architectural, sculptural, exquisitely finished. The Belt Bag is presented in new proportions and vivid colour combinations – with a collection of interchangeable belts, created to be clashed.

Bags can be customised with exclusive interchangeable belts which can be purchased separately. The new Burberry Pin Clutch is also available in four limited-edition colours with equestrian knight embroidery.

The Burberry Conservatory is open from 06 September – 02 October 2018. 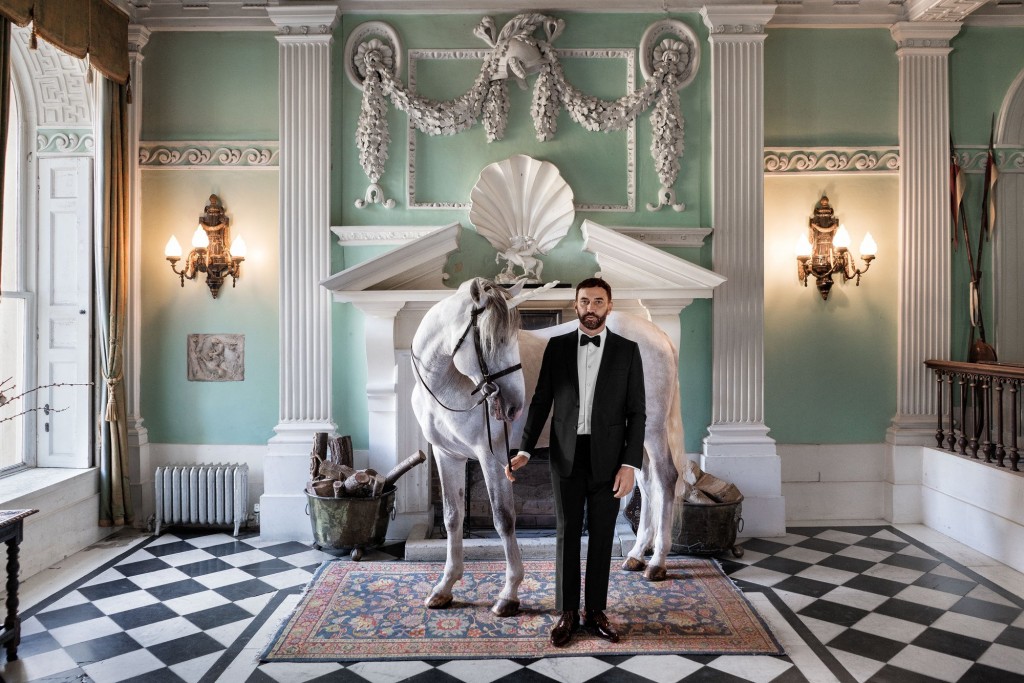 The September issue of Vogue features a portrait of Burberry Chief Creative Officer Riccardo Tisci. As discovered by Riccardo in Burberry archives, the unicorn was an emblem of the Thomas Burberry family and featured on many of their nineteenth century heirlooms. 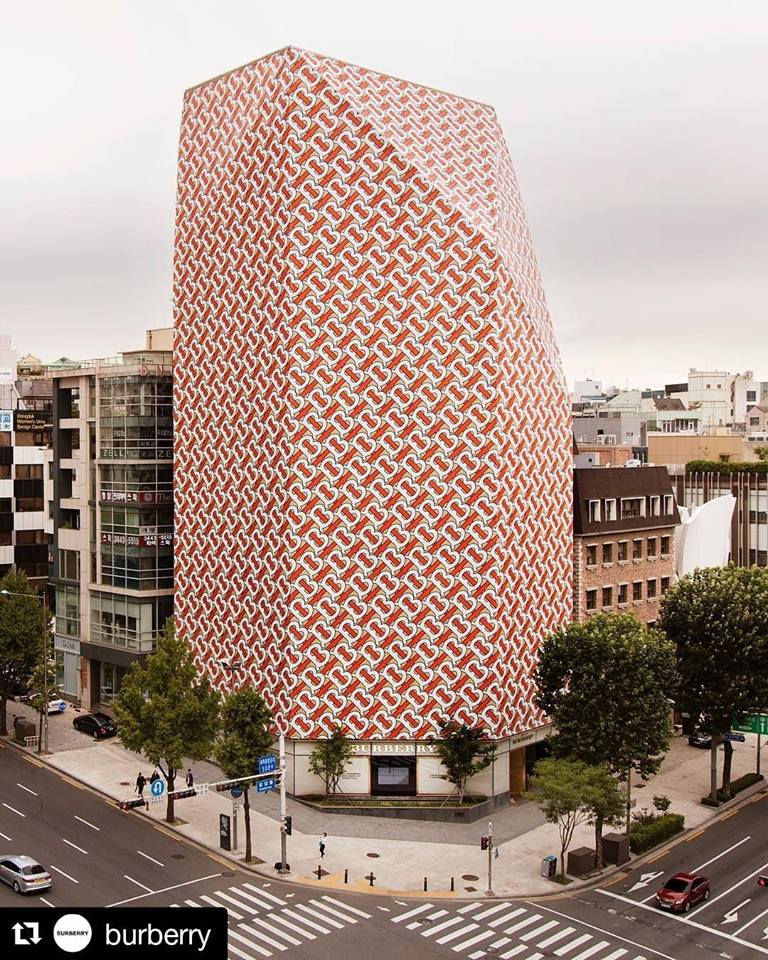 Last month, Burberry unveiled the Thomas Burberry Monogram revived by Riccardo Tisci. The logo designed in collaboration with graphic designer and art director Peter Saville features an interlocking ‘TB’ pattern in a tribute to Burberry’s founder. This is a new logo for first time in 20 years.

‘Peter is one of our generation’s greatest design geniuses. I’m so happy to have collaborated together to reimagine the new visual language for the house.’ explained Riccardo Tisci.

“Making his first major move as creative director at Burberry, Riccardo Tisci has unveiled a new logo and monogram for the British heritage brand. The redesign comes ahead of Tisci’s first runway show for Burberry this September during London Fashion Week,” wrote harpersbazaar.com.

“Judging by the new logo and monogram, both of which were designed by iconic graphic designer and art director Peter Saville, Tisci’s Burberry will invigorate the label which has long-been steeped in tradition,” commented independent.co.uk. 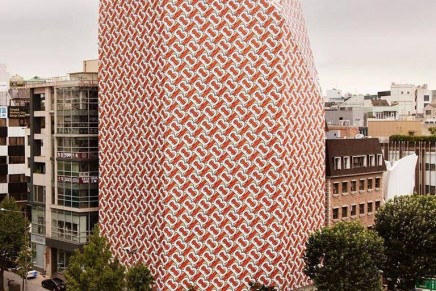 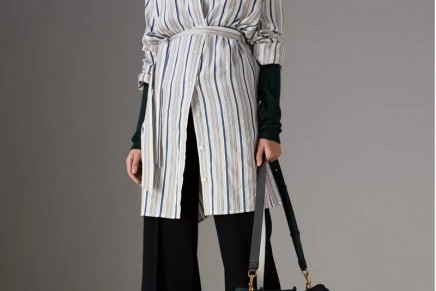 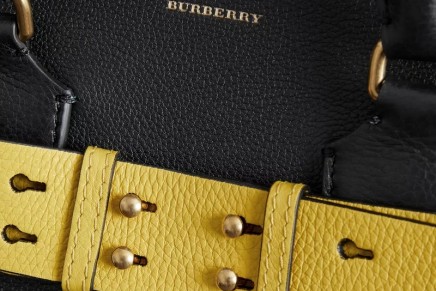 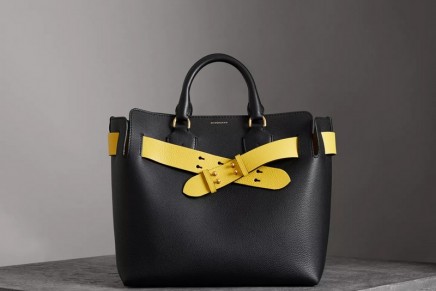 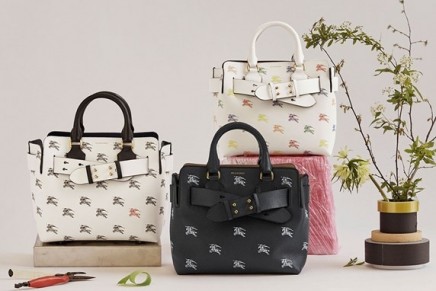 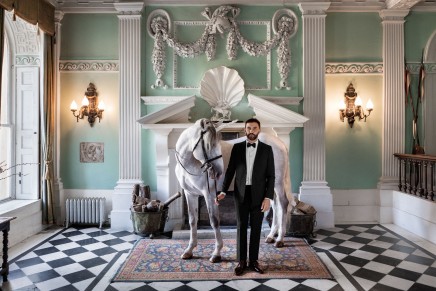