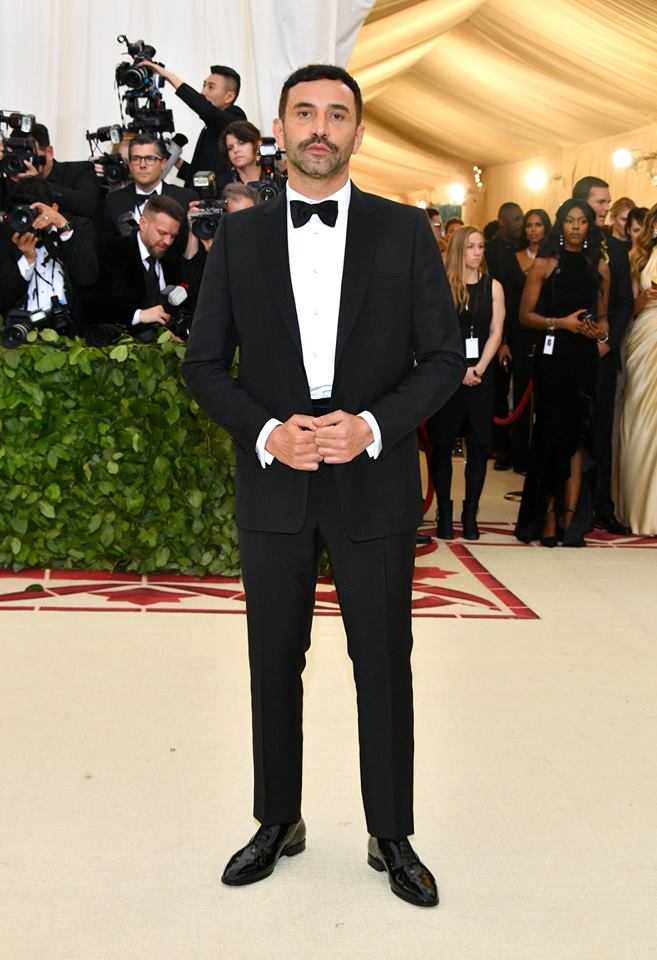 This article titled “Burberry profits from ‘belt bag’ and Christopher Bailey swan song” was written by Sarah Butler, for The Guardian on Thursday 17th May 2018 10.28 UTC

The success of an expensive new Burberry handbag and an acclaimed final collection from Christopher Bailey helped the British brand beat analysts’ expectations as it posted a 5% rise in annual profits.

The improvement in performance came after Bailey received rave notices for a rainbow-hued collection in February and Burberry launched a casual fashion collaboration with the hip Russian designer Gosha Rubchinskiy. The new design chief, Riccardo Tisci, will present his first collection this autumn.

Bailey’s swan song as chief creative officer coincided with an improved domestic performance towards the end of the financial year as pretax profits rose to £413m in the 12 months to 31 March and revenues rose 2% to £2.66bn.

Marco Gobbetti, the chief executive of Burberry, who took over the leadership role from Bailey last year, said his strategy to revitalise the brand was showing “promising early signs”. He said buyers would now be tempted with much more frequent productions of new designs throughout the year.

Gobbetti has pledged to make Burberry more luxurious by introducing products at higher price points. One of the first experiments in that strategy appears to have gone well. Sales of the brand’s new “belt bag”, which sells for up to £1,790 – the upper end of the price spectrum for Burberry apart from bags in specialist leathers such as alligator or python – had been “encouraging”. “It can become a classic,” Gobbetti said.

Mamequa Boafo, a retail analyst at GlobalData, said: “Reigniting consumer appetite for the British luxury fashion house is ever more important in order to hold its appeal … The wider trading backdrop remains challenging.” Shares in Burberry closed up 3.6% at £18.68p.

Gobbetti said that Bailey had left the company with an “incredible legacy” and that his last collection had been “very strong”.

The company more than doubled sales per item from Bailey’s final catwalk collection, although this was partly because it cut the number of items available immediately after the show. Bestsellers included a vintage check cap and a rainbow check tote bag.

Gobbetti said Bailey’s full final collection would go into shops over the summer. But the company admitted that its profit margins had taken a hit in the second half of the year as it set aside an additional £14m to cover clearing old stock designed by Bailey and his team before the first collection by Tisci.

The future of another Bailey-led project, the set-up of a new £50m trench coat factory in Leeds, also remains unclear.

The company declined to comment on whether the facility would go ahead as Gobbetti said Burberry’s existing factories in Castleford and Keighley in Yorkshire were “critical services” for the company.

Last week, Burberry announced the acquisition of Italian leather goods manufacturer CF&P, a long-term partner, which Gobbetti said gave control of key skills such as pattern cutting and product development. He hinted that Burberry would look for vertical integration in other “strategic areas”, but added “We don’t think of controlling a certain percentage of production directly.”

On Wednesday Burberry joined Nike, H&M and Gap in signing up to an initiative that aims to improve the industry’s record on sustainability after a study found that less than 1% of clothing is recycled. The Ellen MacArthur Foundation, set up by the record-breaking sailor, announced that the brands were joining its Make Fashion Circular scheme to reduce global waste from fashion by recycling raw materials and products.