This timepiece holding the essence of Bulgari savoir-fair is available as a rare and exclusive creation, issued as a limited 50-piece edition. 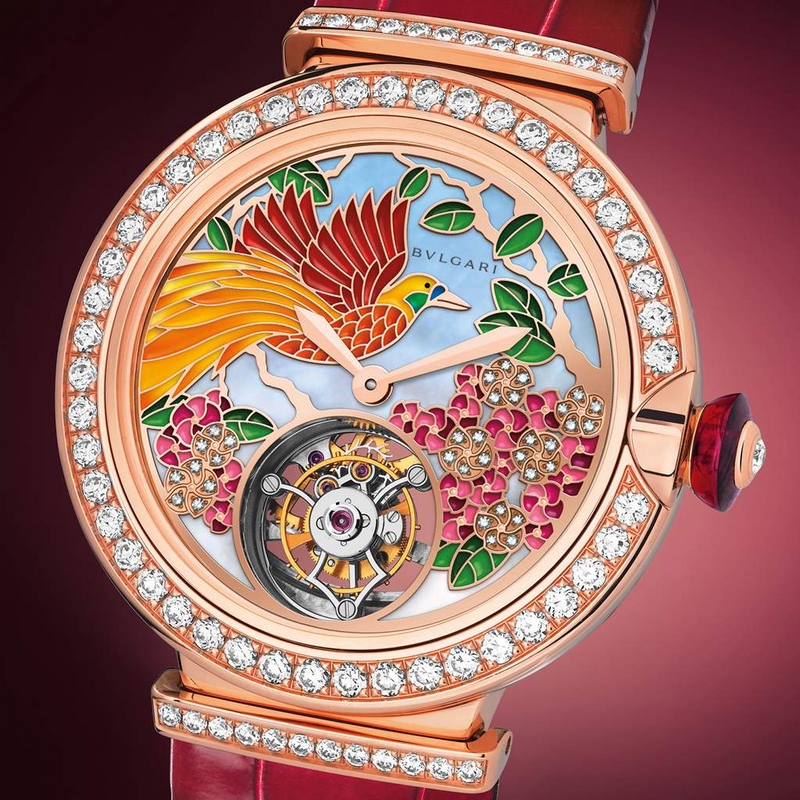 Blue mother-of-pearl depicts the sky background enlivened by a bird of paradise and a motif composed of flowers and foliage. This tableau springs to life through meticulously hand-crafted miniature painting accentuated by brilliant-cut diamonds and complemented by the same gems set on
the bezel and the bracelet lugs.

The creation is enriched with the Swiss Haute Horlogerie expertise cultivated by Bulgari, since it beats to the rhythm of Manufacture Tourbillon Calibre BVL 263, visible in the window of the bird’s “perch”.

Heralding its true and colourful high jewellery spirit, Bulgari has set a lucent gemstone into the crown of every LVCEA timepiece. In a cabochon cut of noble purple, this twist on winding a watch adds the classic dash of Bulgari audacity. To dress the crown sets an exquisite diamond, a glamorous recollection of the beauty of woman. 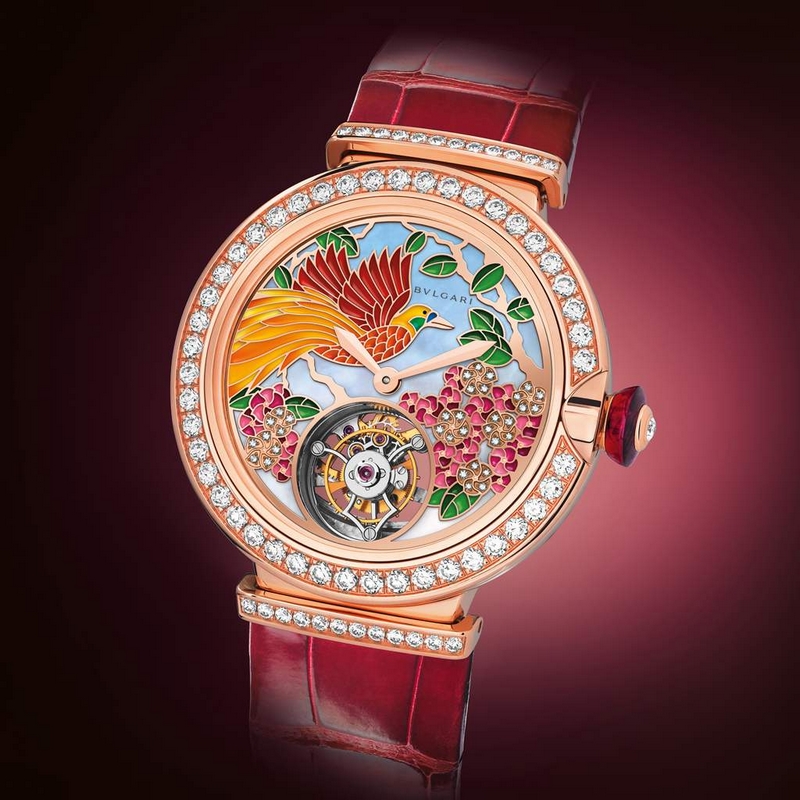 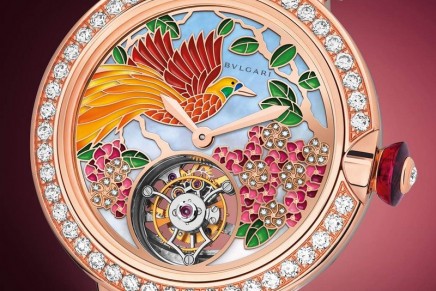 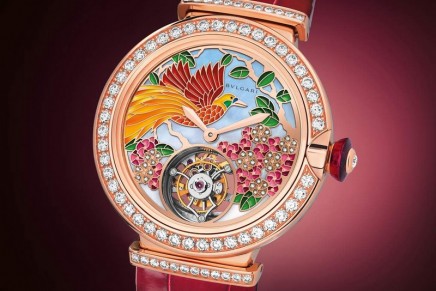