Palmer Johnson Niniette 66 – From the highways to the high seas.
The Bugatti Niniette is an inspired and daring design that evolves from the Bugatti Chiron supercar. 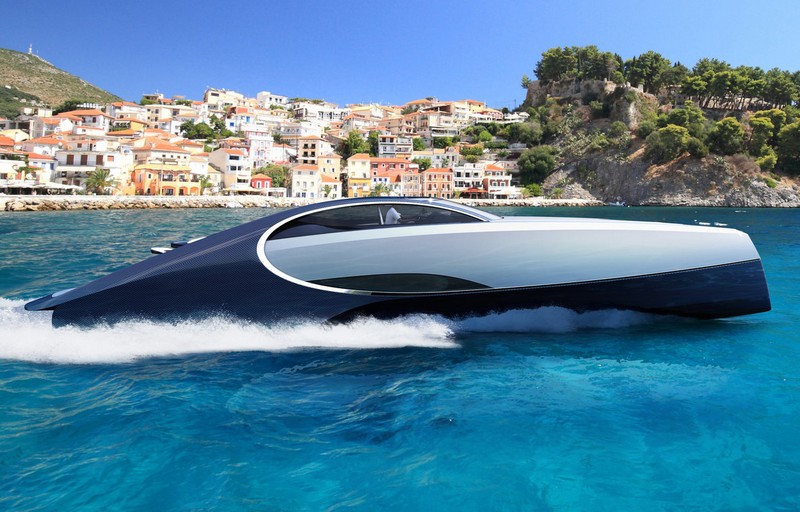 The makers of the world’s most powerful, fastest, and most exclusive super sports car, Bugatti, and the world’s most innovative motor yacht builder, Palmer Johnson, announce the release of the Bugatti Niniette 66. This will be the first in a new series of yachts, starting from 50ft, up to 80ft.

With its accentuated centre line and the duotone colour split of the exterior, it encompasses key elements of Bugatti’s heritage.

Makers of the fastest car in the world today, Bugatti was once a boat builder too. Commissioned to create a one-of-a kind speedboat in 1930 by Prince Carlo Maurizio Ruspoldi, founder Ettore Bugatti named this low on the water beauty the Niniette – the family pet name of his youngest daughter Lidia.

When Bugatti and Palmer Johnson met the first time with the idea of a joint project in early 2015, the goal was clear from the outset: to create an innovative sport yacht based on the proprietary strengths of the two companies, while echoing the design DNA of Bugatti. 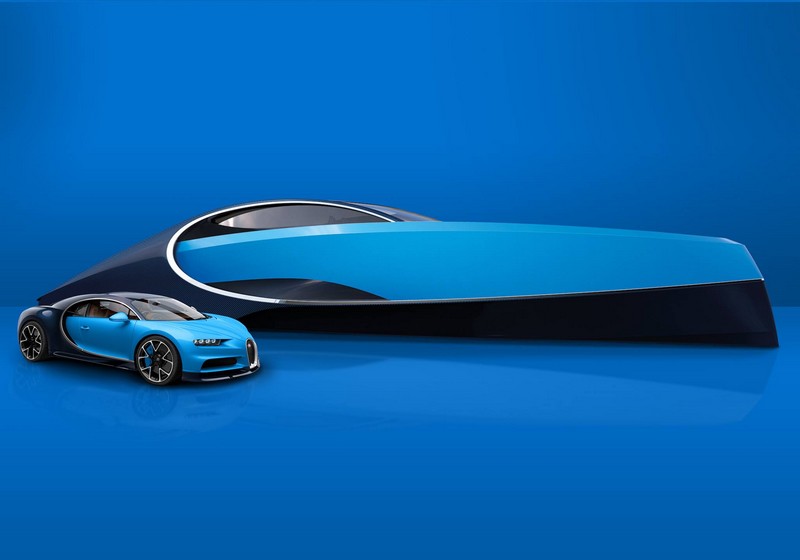 “The challenge was to create an experience and a persona as much as a yacht, from streamlined luxury, sophisticated style and unprecedented quality. For owners of tomorrow, Niniette will lift your expectations of life even higher,” explained Timur Mohamed, CEO of Palmer Johnson.

The 20-metre-long yacht features Palmer Johnson’s innovative hull design combining a slender main hull with two sponsons left and right that have a positive effect on stability and roll dampening even at high speeds.

“This construction also allows for a wider build compared to other yachts in this class, thus offering the experience of a much larger yacht,” adds Mohamed. The extensive use of carbon fibre also adds to the yacht’s  structural rigidity, while at the same time reducing weight and increasing efficiency.

Reaching top speeds of 44 knots, and with a shallow draft of 0.83 metres, Bahamas friendly cruising is possible for the weekend. Unique Bugatti designed helm chairs and a futuristic command centre with interactive infotainment system for vessel navigation, monitoring, control and entertainment further enhance the experience. 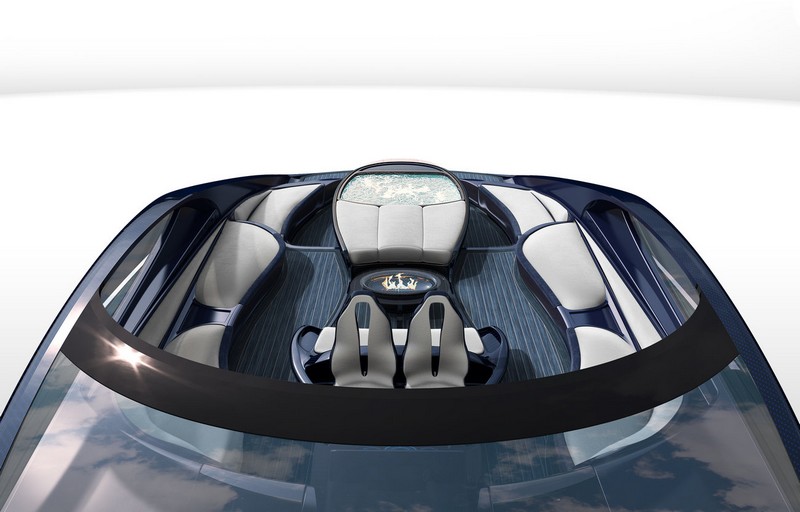 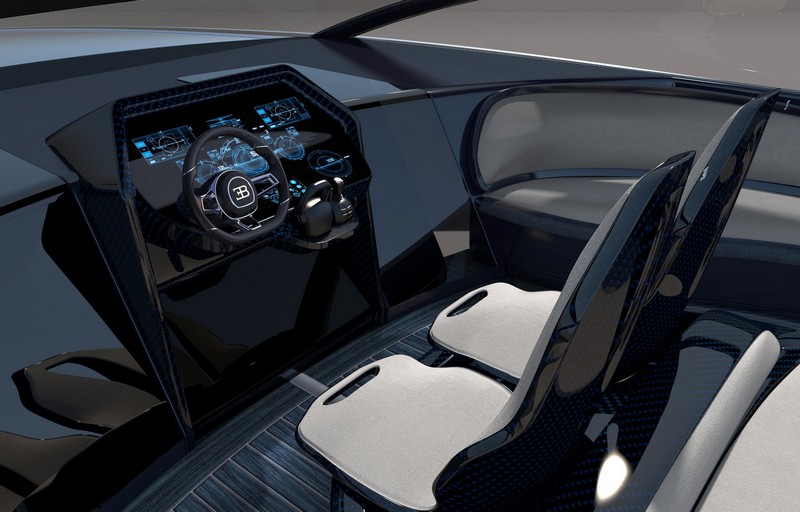 The yacht features a spacious open deck with carbon fibre, finest leather and naturally blue morta oak wood as the dominating elements. The lower part of the deck houses a combined Jacuzzi, sun pad and champagne bar in the middle, flanked by two social areas on the side. According to Palmer Johnson, the connoisseurs
will also cherish the fire pit, centrally located between the Jacuzzi and the two forward seats.

Contrary to the common interior layout with several small cabins found in most conventional motor yachts, the salon of the Niniette is a very spacious environment. Centrepiece of the interior lounge is the large Bugatti horseshoe overlooking the generous seating area, while natural light streams in through the macaron-shaped window in the ceiling. Adjacent to the salon, the master suite equipped with a comfortable double-bed offers the ideal retreat for the night. 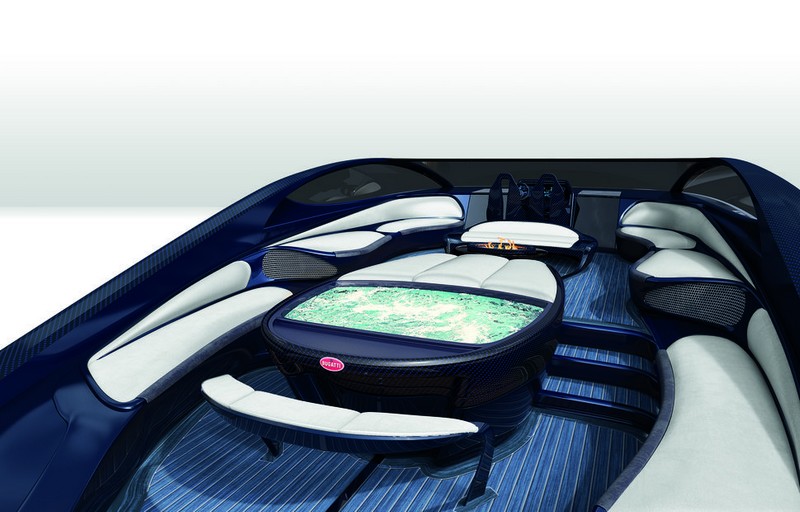 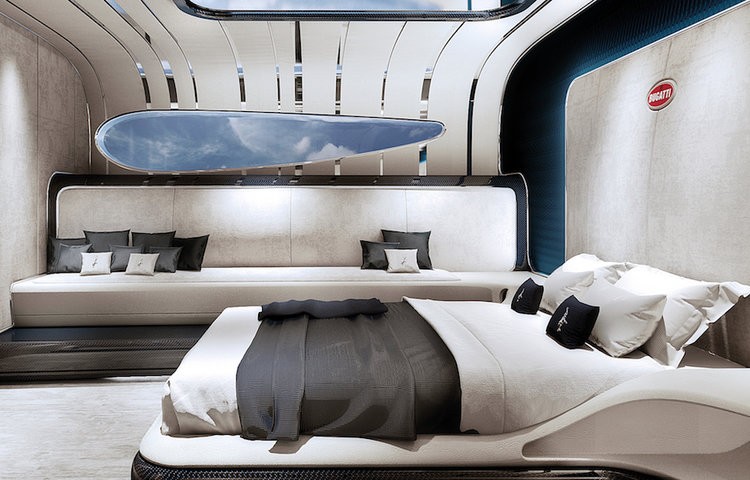 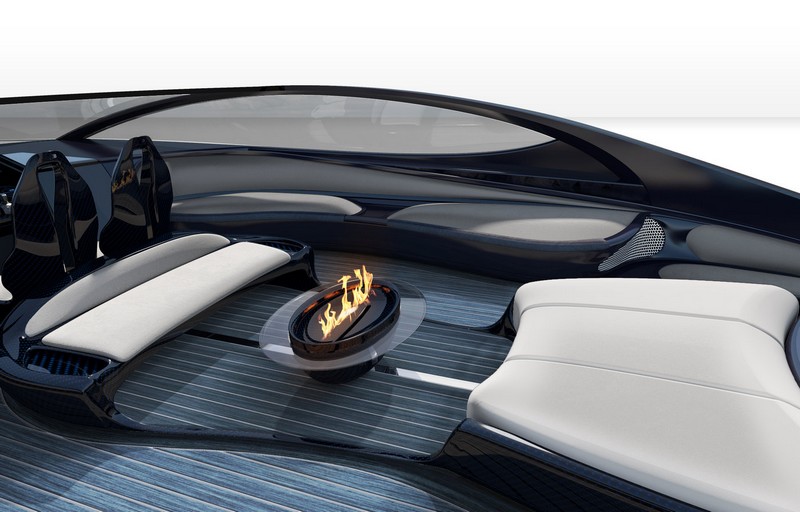 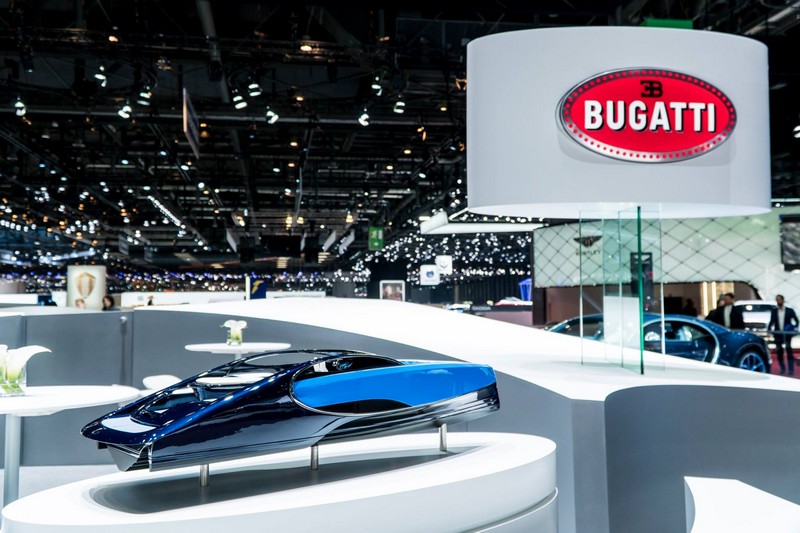 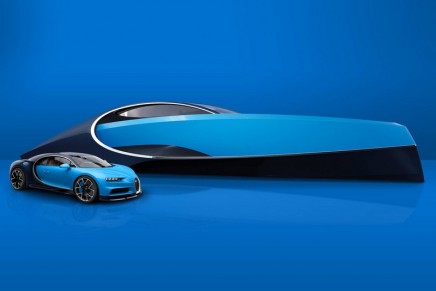 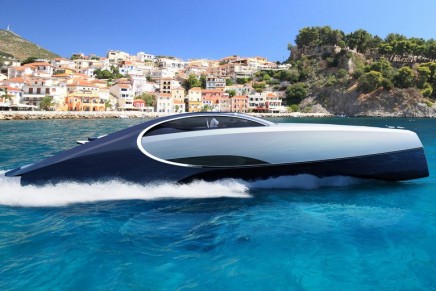 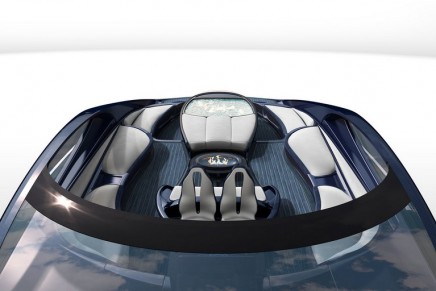 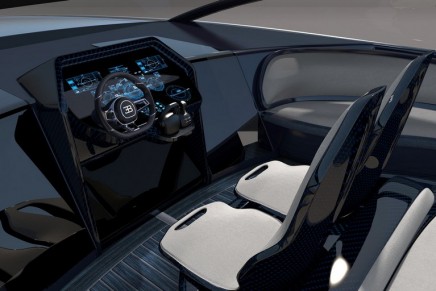 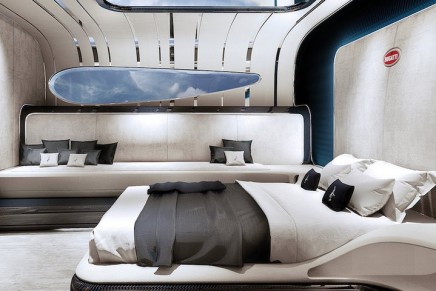 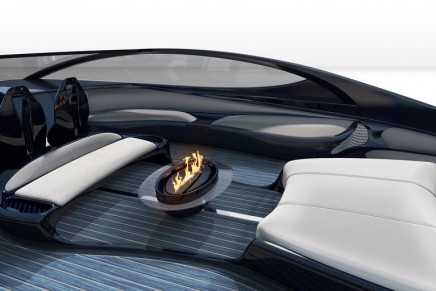 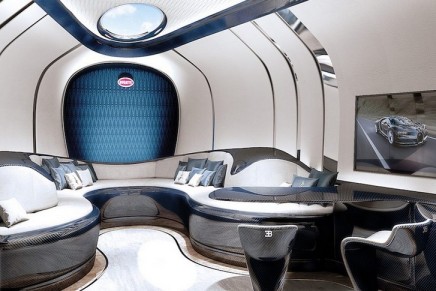 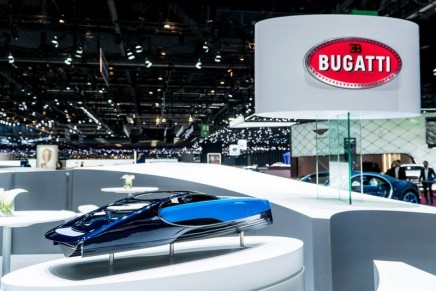