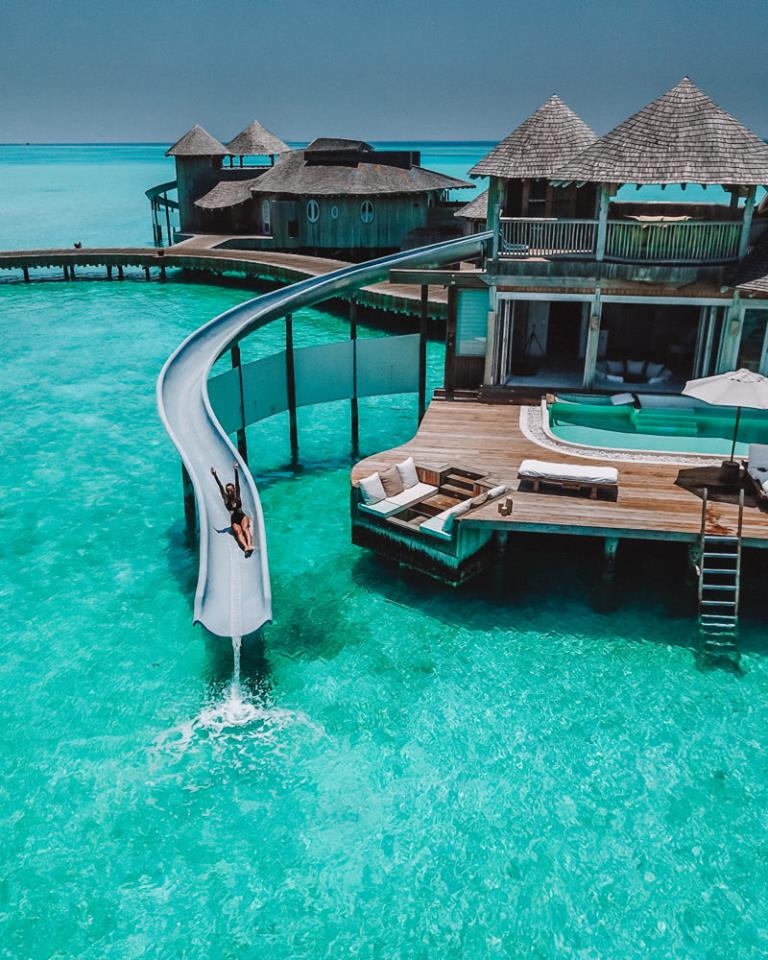 This article titled “Best job in the world? Luxury resort in Maldives seeks bookseller” was written by Sarah Butler, for The Observer on Sunday 19th August 2018 06.00 UTC

Philip Blackwell, scion of the bookseller family, needs a Man Friday for possibly the world’s most remote bookshop, based in the luxury eco resort of Soneva Fushi in the Maldives.

“The pay is derisory but the fringe benefits unparalleled,” Blackwell said. “The role will evolve and it is in part up to you to make the most of this unique opportunity. It’s a dream job for many people. If I was 25 again I would do it.”

The successful applicant will be expected to sign up for a minimum of three months, during which time they must write “an entertaining and lively blog that captures the exhausting life of a desert island bookseller”. Oh, and mingle with A-list celebrities and their friends.

They should have “a passion for books, the ability to engage guests of all ages”, be able to entertain children with storytelling and host creative writing courses for guests.

“We want someone on the ground who is creative and inspiring and can maybe get more people to share the pleasure of reading, which is what people enjoy doing on holiday,” Blackwell said.

They will also live near the exclusive resort, which is described as lying “among dense foliage on beaches with sand as soft as snow,” within the Baa Atoll biosphere reserve.

Villas at the resort range in price from about $2,000 a night for a one-bed property up to nearly $26,000 for the nine-bedroom Private Reserve, described in promotional material as a “playful deserted-island mansion”, with its own swimming pool, spa, sauna and steam room.

“I’d imagine the nation’s hard-pressed booksellers might quite fancy a spell on a desert island, away from the woes of the high street; this is one gig Amazon can’t spoil,” said Neill Denny, joint editor of the industry journal BookBrunch, which first revealed the job opportunity. “It’s very much a niche in a niche, selling quality books to the super-rich, but they are starting to appreciate the discreet charm of a good book. And of course they have the money to pursue it, building entire libraries from scratch. This is a trend luxury cruise ships and high-end hotels are starting to tap into. Anyone can read anything on a Kindle but only a discerning few can afford a wall full of first editions.”

The shop will stock a mix of books that reflect the local environment, including the colourful marine life, as well as titles that reflect the interests of the wealthy tourists. “They are highly educated, enquiring people who want to relax and get away from things but also think a bit and better themselves,” Blackwell said.

The bookshop is a new experiment for Blackwell, who gave up running the British bookshop chain that bears his name in 2006 after the family sold the business. The resort shop is an extension of his Ultimate Library business, which he set up almost accidentally while travelling the world after leaving Blackwell’s. Finding it tricky to source suitable reading matter on his holidays, he came up with idea of creating library collections for resort hotels. He now has more than 250 projects around the world, including more than 30 luxury hotels and resorts as well as a cruise ship, a Kenyan game reserve and a London private members’ club.

For every hotel library supplied, the company also helps donate a reading and reference library to a local institution that can benefit those who live nearby.

“It’s a gap year project that’s still going on,” Blackwell joked. If it is a commercial success, he says he may consider opening more: “The Maldives is not over-endowed with bookshops.”

But applicants need to be aware that not all is well in paradise. Journalists and opposition figures live in a climate of oppression under the authoritarian president Abdulla Yameen. Last year a blogger who satirised the political and religious establishment was stabbed to death in the capital, Malé. The barefoot bookseller role is the latest in a series of dream jobs – for some – to come on the market. Last year Belgian Stan Vanuytrecht, 58, won a competition to live as a hermit in a cliffside cell above an Austrian town. The former artillery officer beat 49 other candidates to secure the position as one of Europe’s last hermits.

In 2009 a British charity worker, Ben Southall, staved off competition from almost 35,000 worldwide applicants to win a £73,000 contract to serve as the caretaker of a tropical Australian island. In 2013 Tourism Australia repeated the exercise, looking for six candidates, including a wildlife caretaker, to look after koalas and sunbathe with seals on Kangaroo Island. A Briton, Rich Keam, was hired as a taste master touring restaurants and wineries in Western Australia, while Allan Dixon from Ireland headed to the Northern Territory as an outback adventurer. Each position paid £67,000 a year.