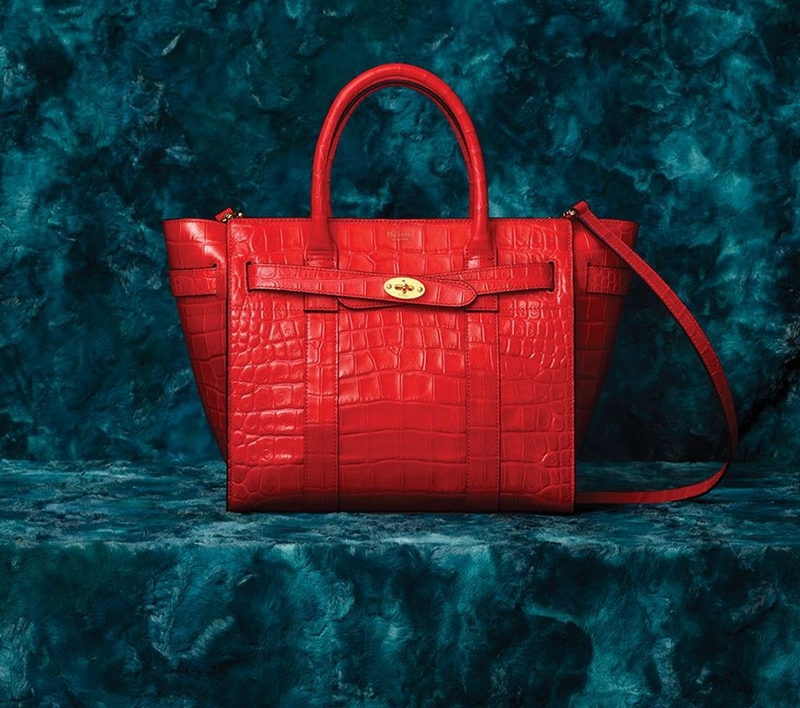 This article titled “Mulberry warns House of Fraser collapse will damage profits” was written by Mark Sweney, for The Guardian on Monday 20th August 2018 07.16 UTC

The luxury handbag maker Mulberry has warned that it faces a slump in profits after taking a £3m hit from House of Fraser’s collapse into administration.

Shares in the group slumped 30% to 400p in early trading, before recovering to about 470p, a 17% decline, by lunchtime on Monday.

Mulberry said the collapse of the department store group would cost it £3m in the six months to 30 September. Mike Ashley’s Sports Direct, which bought the House of Fraser out of administration, is not obliged to pay the near-£1bn owed to creditors at the time of its collapse.

Mulberry also warned investors that it continued to face a sales slowdown that would hammer profits in its current financial year to the end of next March.

“The UK market has continued to remain challenging and sales in House of Fraser stores have particularly been affected,” the company said. “If these sales trends continue into the key trading period of the second half of the financial year, the group’s profit for the whole year will be materially reduced.”

The company reported a £6.9m pretax profit in its last financial year, a drop from £7.5m after £2m of startup charges and £2.4m of operating costs relating to its new Asia subsidiaries such as Mulberry Korea.

In the past year the luxury brand also created new entities in China, Hong Kong, Taiwan and Japan as it seeks to capitalise on Asia’s increasing number of middle-class shoppers.

“Trading in the rest of the world continues to develop broadly in line with management’s expectations,” the company said. “The group is in a strong cash position and continues to follow its strategy to develop Mulberry into a global luxury brand.”

Mulberry’s bestselling bag is the Amberley, launched last year with prices starting from about £500 for a small satchel. Approximately 70% of Mulberry’s sales are in the UK.

In June, Thierry Andretta, its chief executive, said that while the company was “totally committed” to the UK market, he hopedthe split between UK and international sales would be closer to 50/50 in the long term.

Mulberry is one of more than 1,000 suppliers that will not receive payments owed by House of Fraser, and is the first with a concession to publicly confirm the financial impact of the chain’s collapse.

“It will be interesting to see if other House of Fraser concession operators, like [sofa and carpet retailer] ScS and [fashion brand] QUIZ also come out and try to quantify the damage,” said Nick Bubb, an independent retail analyst.

A report from administrators EY showed a range of fashion and beauty brands have been significantly left out of pocket, including Tommy Hilfiger (owed £3.3m), Barbour (£3m), Mint Velvet (£2.5m), L’Oreal (£2m) and Pretty Green (£500,000), the label launched by the former Oasis frontman Liam Gallagher.

But analysts point out that Mulberry’s sales woes relate more to the wider issue of retailing in the digital age.

“Exclusive brands like Mulberry are having difficulties adapting to the new trading environment because they rely so heavily on the personal experience they offer to their customers,” said Artjom Hatsaturjants, a research analyst at Accendo Markets.

“In effect, what Mulberry is saying is that not only can it quantify direct losses it will suffer now, but that these losses could be compounded further by the same troubles that have been plaguing the UK retails market: changing consumer preferences, lack of significant differentiation between major brands, unyielding Brexit uncertainty and intense competition from online fashion retailers such as Asos and Boohoo.”

A recent report from advisory firm BDO suggested that bricks and mortar retailers endured the worst first half-year of trading in at least 12 years.

Well established chains including New Look, Marks & Spencer and Carpetright have all been forced to close dozens of shops, while the John Lewis Partnership issued a profit warning and said it would shut five Waitrose stores because of tough trading on the high street.