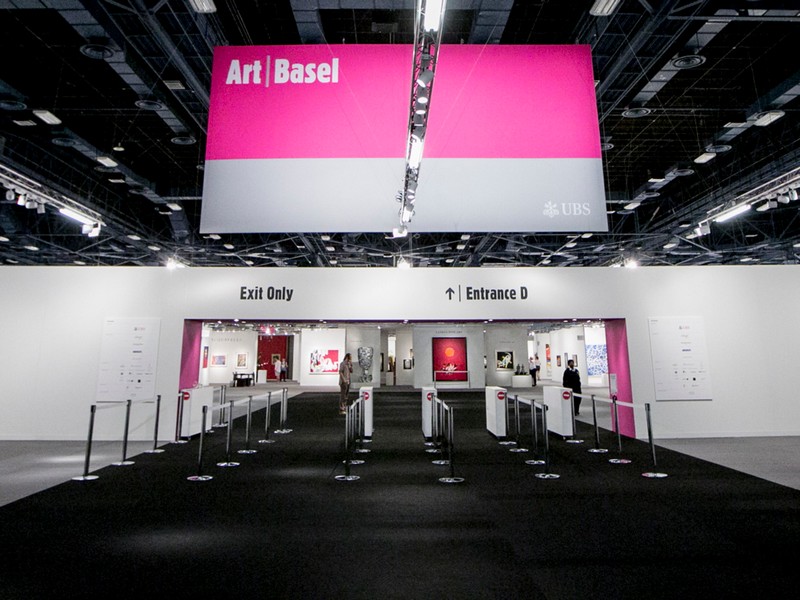 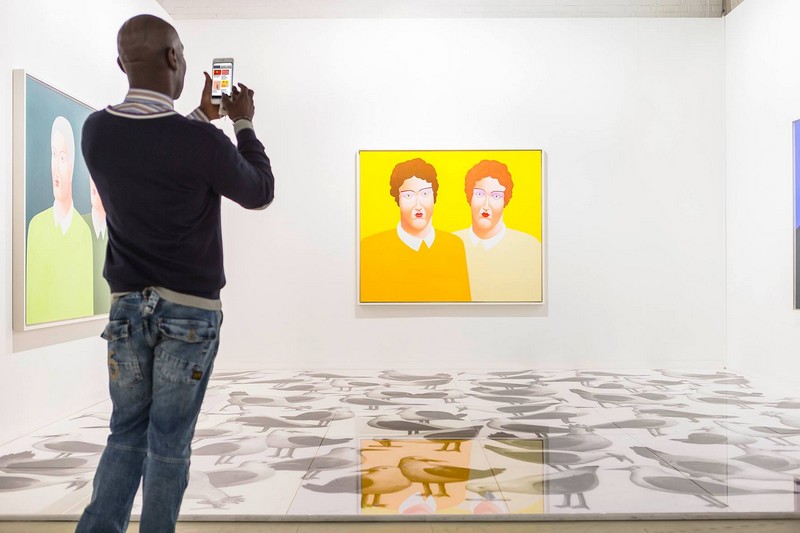 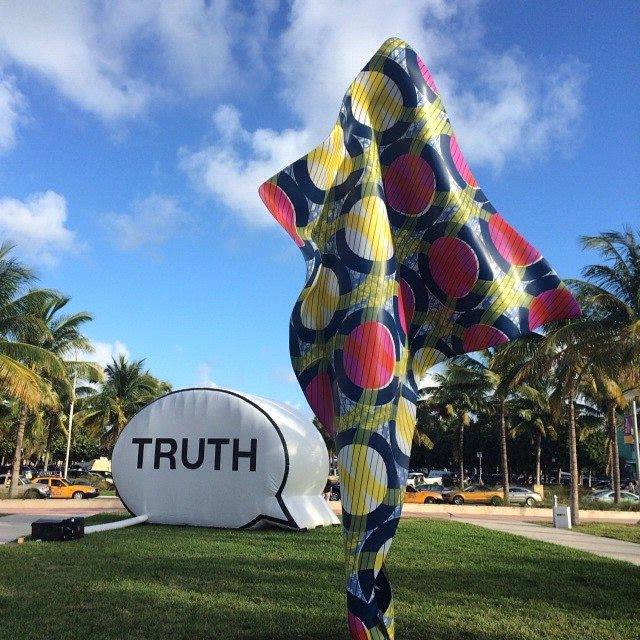 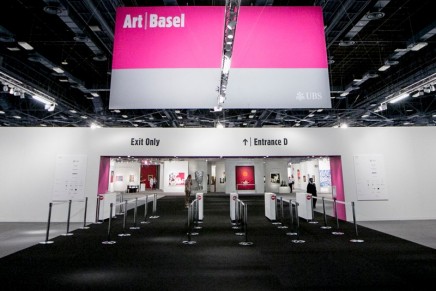 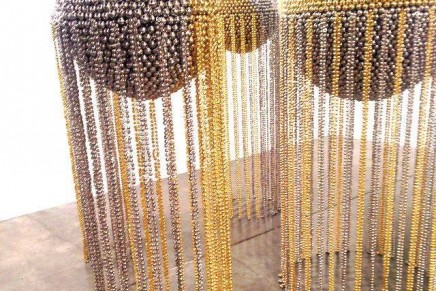 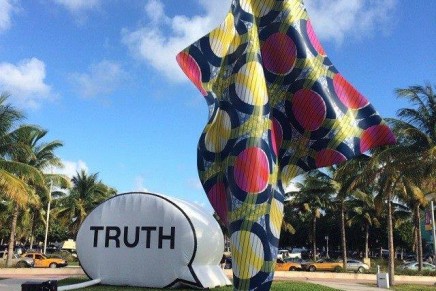 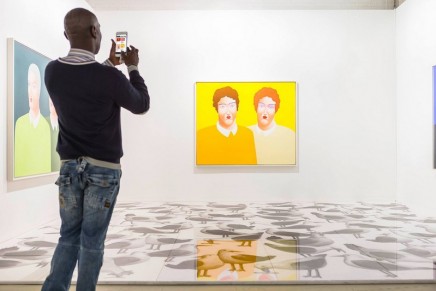 Some people queue for concert tickets, or discounted flat-screen televisions. In Miami, they wait in line for postminimalism. It was 11am on Wednesday, and ushers and security staff had to stagger entries for the VIPs, professionals and chancers waiting to rush the booths of Art Basel Miami Beach, the art world’s preferred joint for fine art and conspicuous consumption. The Chris Ofili on this wall and the late Picasso on that one were on display (and on sale), but safety first!

Art Basel Miami Beach – the largest art fair in the United States, and still the best by far – opens to the public on Thursday after yesterday’s Pamplona-like preview. It is as large as ever, with contributions from 267 galleries, and as frenzied too. But amid the neon Instagram bait and the champagne trollies, Art Basel still bulges with ambition, especially from its Latin American exhibitors and its younger galleries. It also has a shrewd, thoughtful young new director in the person of Noah Horowitz, who was poached from New York’s Armory Show to lead Art Basel’s efforts in south Florida. (His beat is the Americas; the whole Basel shebang, with three fairs in Switzerland, the US and Hong Kong, is directed by another American, Marc Spiegler.) Horowitz was hired too late for him to have much input in this year’s presentation, but his arrival bodes very well for a fair whose real artistic bona fides can sometimes get forgotten in the sea of consumption.

Art Basel Miami Beach remains the most prestigious art fair in the western hemisphere, but it is more grueling every year – not so much on its own account, but because of the uncontrollable metastasis of parallel events. More than a dozen other fairs take place simultaneously, some of which merit a detour (the nonprofit NADA, or New Art Dealers Alliance, is the best of them), but most of which you can skip. Private collections throw open their doors, pop-ups appear in hotels and warehouses and the occasional parking garage. And then there are the champagne toasts at 10am, the poolside parties mobbed by a thousand VIP-card-flashing chancers, the sponsorships by condo developers and the private jet timeshares. They cling to Basel like Swarovski-studded barnacles, so much so that many folks coming to Miami this week might not attend the fair at all.

Put all that aside. Or don’t, actually. We are all more than capable, this late in the game, of understanding that art is at once an essential cultural enterprise and a splashy market commodity. Basel is a big-ticket affair; last year the convention centre was stuffed with $3bn worth of pretty pictures, and for smaller galleries, the outcome of sales here can make or break a year’s balance sheet. That means that wild experimentation is not on offer, and even the more punk galleries, such as Berlin’s Galerie Buchholz and New York’s Maccarone, have organized more classical presentations of paintings, sculpture and a bit of photography, streamlined and saleable. (One exception is the booth of New York dealer Peter Freeman, occupied by an old Chrysler Spirit crushed by a three-ton boulder with a smiley face painted on its surface. Signed Jimmie Durham, and yours for under a million, though factor in too the cost of reinforcing your floor.)

On the other hand, the virtues of abstract painting – one of the few things art historians and interior designers can agree about – are much in evidence. The “zombie abstraction” glutting booths a few years ago has already fallen out of favour; painting has worked through its bro turn, it seems, and is asking big questions again. Kerry James Marshall, known best for his figurative compositions of African-American sitters, has a stunning Rorschach-like pool of white on the booth of David Zwirner. The back-in-business Frank Stella, currently enjoying a retrospective at the Whitney in New York, is everywhere. You could pick up one of every style: a rainbow protractor from the 60s (on the booth of Edward Tyler Nahem), interlocking canvases from his 70s Polish Village series (on at least three stands), wall-defying 80s riffs on Moby-Dick (on Marianne Boesky) and a gnarly aluminum starburst of recent days (on Berggruen gallery).

As always, the best reason to come to Basel’s beachside kid sister is to discover artists and galleries from Latin America. This is a town where you hear Spanish and Portuguese as much as English when you’re by the beach, and more than two dozen galleries are here from Mexico and South America, with no fewer than 15 exhibitors from Brazil. Sim Galeria, in town from the inland city of Curitiba, had one of the strangest presentations in the fair: an array of 18 double-barreled fish tanks, with a male and a female beta fish swimming in either barrel. The artist, Romy Pocztaruk, joined each double tank at the top but didn’t leave enough water for the bachelor and bachelorette fish to do anything but stare across the aisle. Think of it as piscatorial version of an Orthodox synagogue.

And Bergamin & Gomide, a gallery from São Paulo, has mounted an important historical display of work by Roberto Burle Marx, the landscape designer responsible for Rio de Janeiro’s modernist gardens and beachfront mosaics. Burle Marx was also a painter, it turns out, who followed developments in European modernism and then rejigged them for a South American context. A geometric abstract from 1953 features jangly triangles of red, green and blue jostling amid panes and zigzags; later paintings are freer and squigglier: informel paintings with a better tan.

Speaking of beaches, there’s one right down the road from the fair, particularly inviting after a day under Art Basel’s meat-locker-like air conditioning. There’s also a public sculpture park, no ticket required, and this year’s presentation has three especially attention-grabbing works. Sterling Ruby’s massive yellow seat is poised between a throne and an electric chair: the most sinister of selfie backdrops. The chainsaw-wielding Ursula von Rydingsvard has devised a bronze sculpture that dematerializes as it rises, from solid blocks into a gauzy mesh. The Thai artist Rirkrit Tiravanija has commandeered an electronic road sign, the sort you see at construction sites, and rigged it to broadcast gnomic statements to the traffic on Collins Avenue. TOMORROW IS THE QUESTION, it reads. Or FREE CURRY, or WHICH WAY TO HAPPY, or indeed RICH BASTARDS BEWARE. In Miami, we all get the irony of that last one.