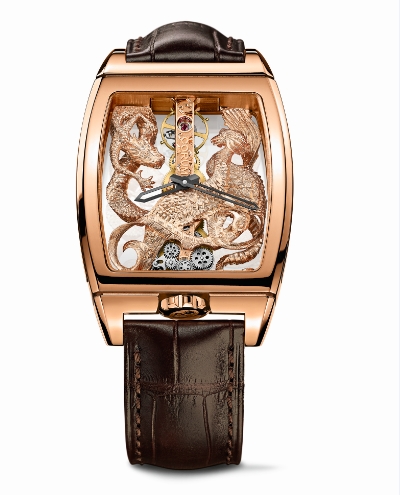 The most fascinating figures from Chinese mythology embrace the “baguette” movement in an exciting body-to-body. The mythical dragon and the phoenix are gathered around the exclusive Corum “baguette” movement to promise prosperity for the years to come in a new watch to be presented at Baselworld 2015. The fascinating encounter between the mythical creatures and a legendary caliber finds a worthy setting in an elegant tonneau-shaped case of Corum Golden Bridge Dragon & Phoenix watch.

A worthy descendant of the first ever model, introduced by Corum in 1980, this mechanical timepiece embodies both the expertise of the brand from La Chaux-de-Fonds and its quest for linearity. Built along a vertical axis, it is extended by the crown at 6 o’clock, which is perfectly aligned in order to accentuate this exceptional construction. The remarkably precise Caliber CO 113 beats at the frequency of 4 Hz (28,800 vibrations/hour) and is equipped with a variable- inertia balance ensuring impressive long-term regularity.

A fantasy creature venerated since the dawn of time, the dragon nurtures the collective imagination of many civilizations. This imperial and majestic figure is often depicted as the guardian of a fabulous treasure. Associated with the Phoenix, commonly called the “king of birds,” they all symbolize the Yang and Yin of Chinese cosmology, wages of vitality, splendor and success, says Swiss luxury watch manufacturer Corum. 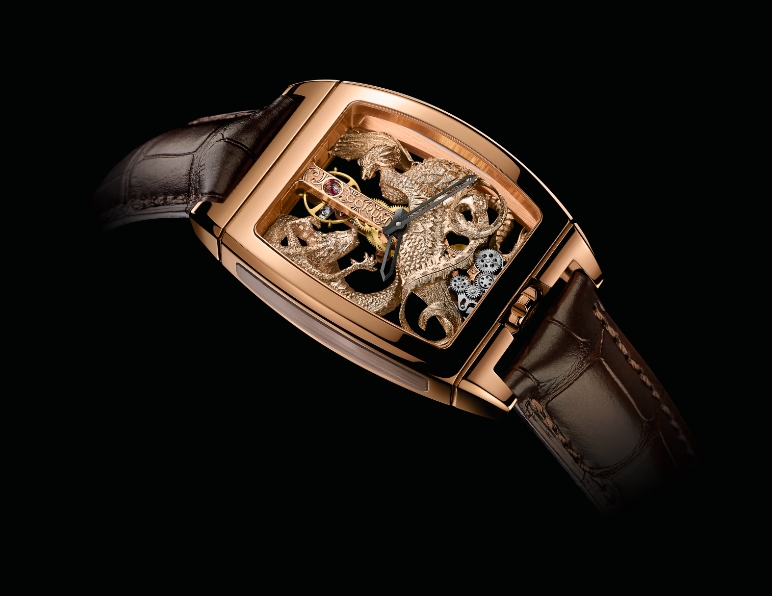 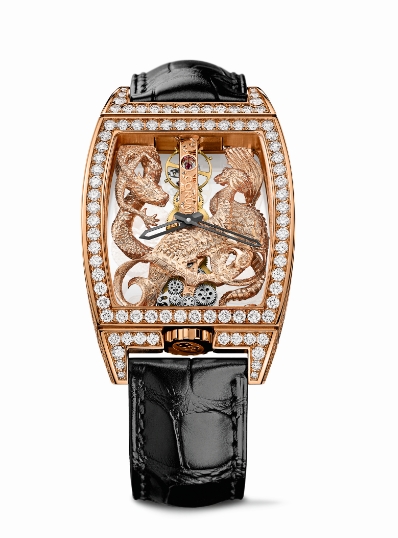 To breathe life into the dragon and phoenix, red gold was first poured into a mold to form an initial rough outline.

The fascinating engraving work then began. Playing with the irregular thickness of the gold plate, the craftsman patiently sculpted the material by meticulously and accurately plying the burin in order to create striking three-dimensional effects. After more than two weeks of this task performed entirely by hand, the magic conveyed through countless details.

The precious and refined Corum Golden Bridge Dragon & Phoenix is also interpreted a jewelry version, where the red gold case is adorned by 396 round-cut diamonds (approx. 4.15 carats). The hands are colored in anthracite. 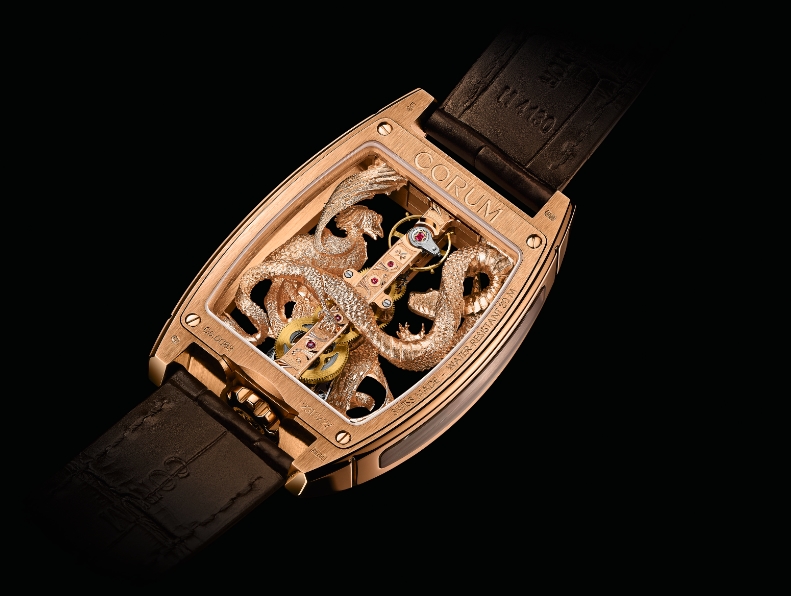 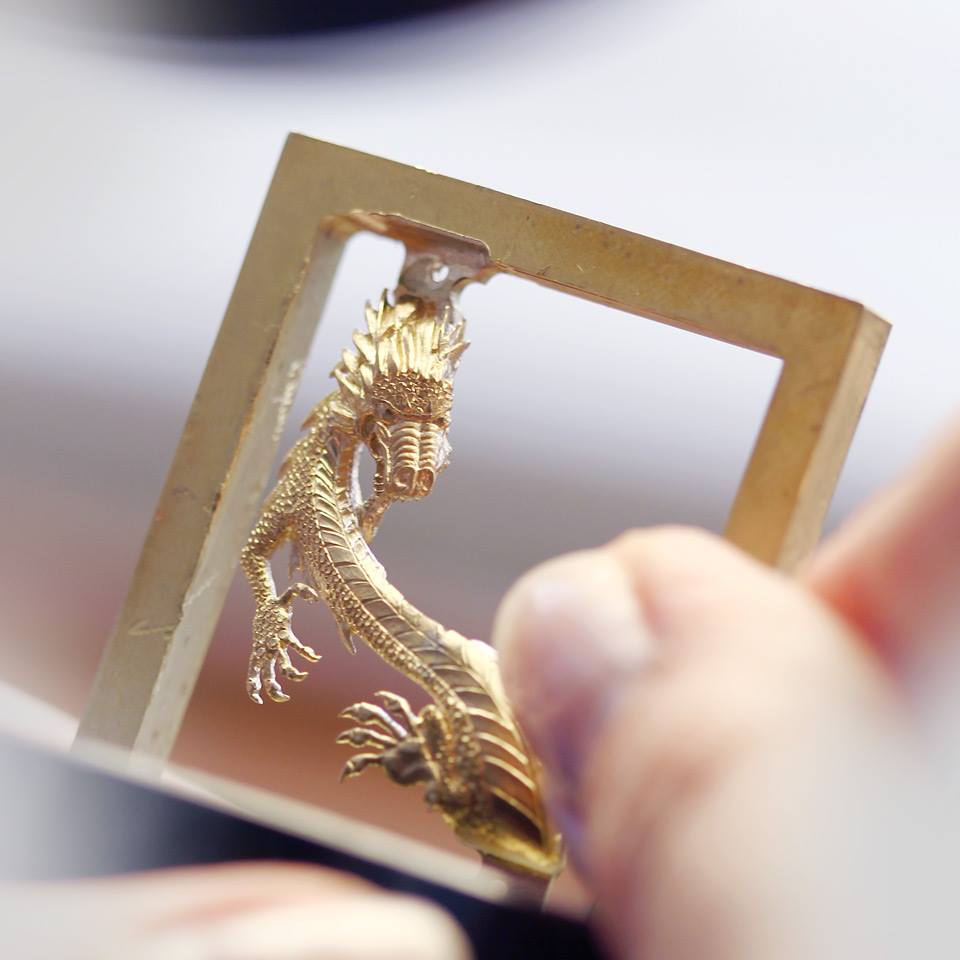 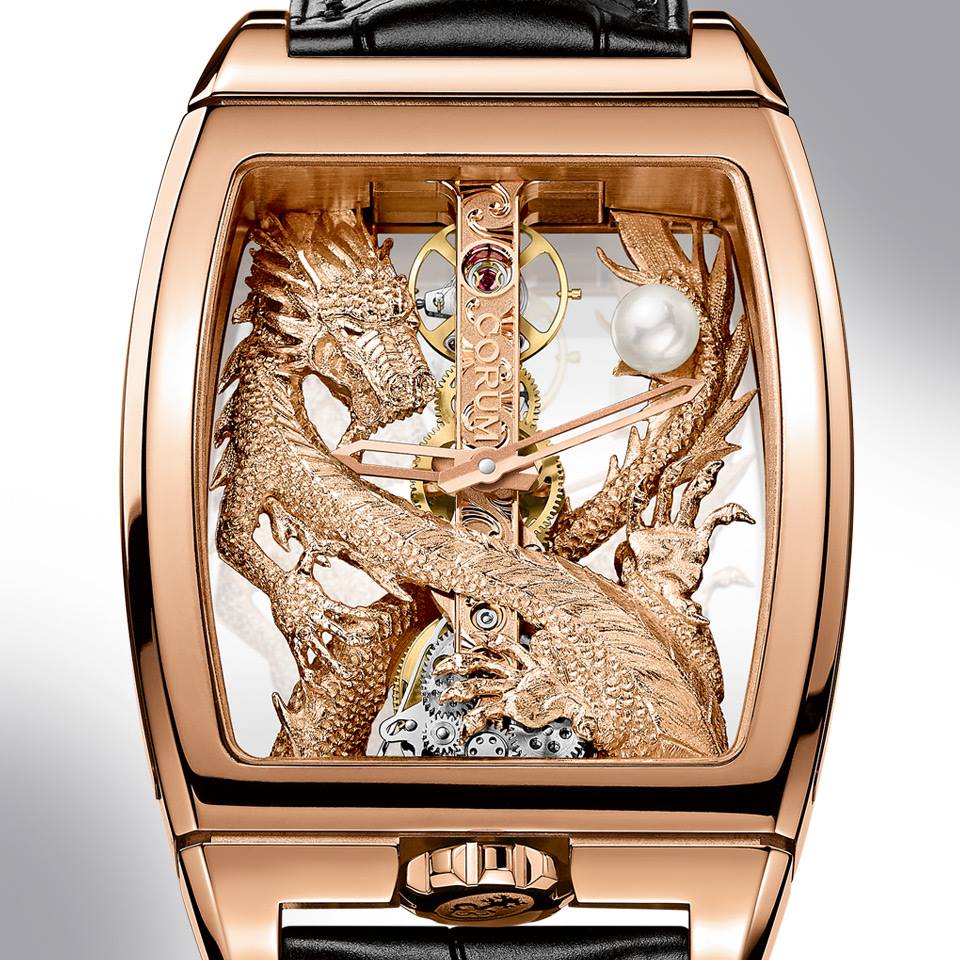 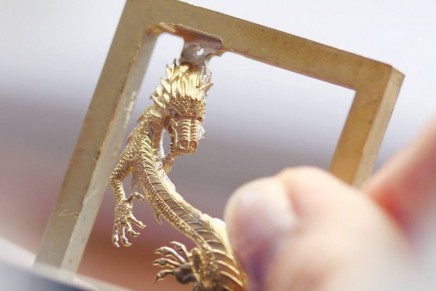 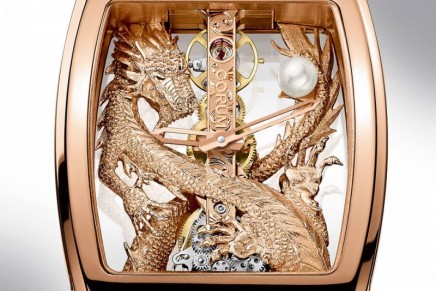