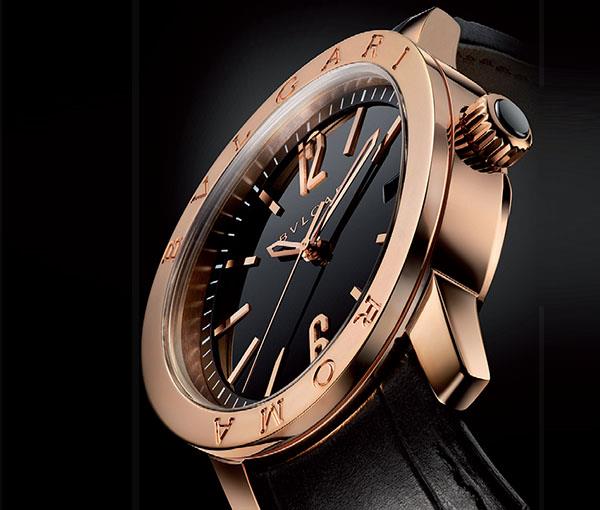 At this year’s Baselworld, the leading show for the watch and jewellery industry held in Basel, Switzerland, Italian luxury house of Bulgari brought a fresh tribute to the iconic Bulgari Roma line of hit watches.

Inspired by the history of the ancient Rome, the Roma timepiece made its debut in 1975. It was concieved to resemble to golden precious coins imprinted with emperors’ images to simbolize the power of the empire. The Bulgari Roma watch featured a bezel bearing the name of the House.

The 2013 recalling of Bulgari’s roots to Rome is made through a series of pieces housing a proprietary self-winding movement. The new collection developed and produced entirely in-house, the new pieces features a 18-karat pink gold case with a black alligator strap. The 2013 Bulgaria Roma serise is created in a limited and numbered edition of 250 pieces.