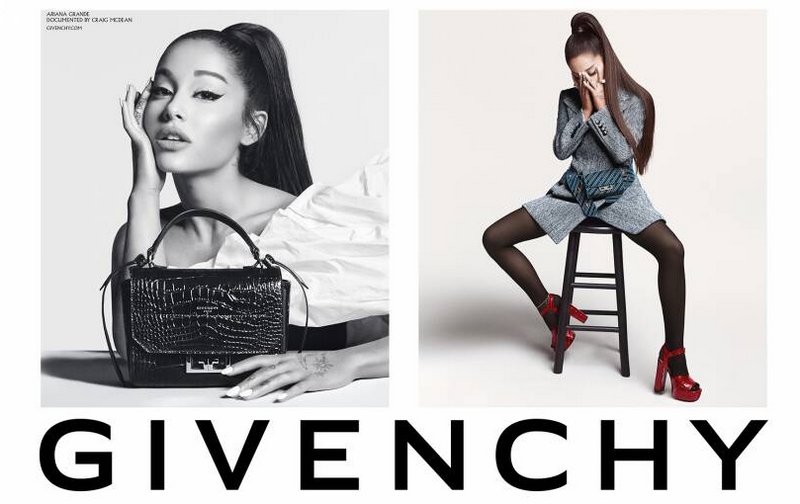 #Arivenchy or the Givenchy sitting by Ariana Grande ©Givenchy

A modern muse and the voice of a generation, Ariana Grande has emerged as one of the most influential forces in pop culture today. Last May Givenchy announced that Ariana Grande would be the new face of the French luxury Maison. Now Givenchy unveiled a series of striking portraits for the Givenchy Fall-Winter 2019 collection, lensed by Craig McDean.

For Givenchy, Ariana Grande “embodies the Givenchy spirit with impertinence cloaked in a touch of mystery, expressing an elegant attitude, including photos featuring the bold graphics and sinuous lines of the Eden bag.” 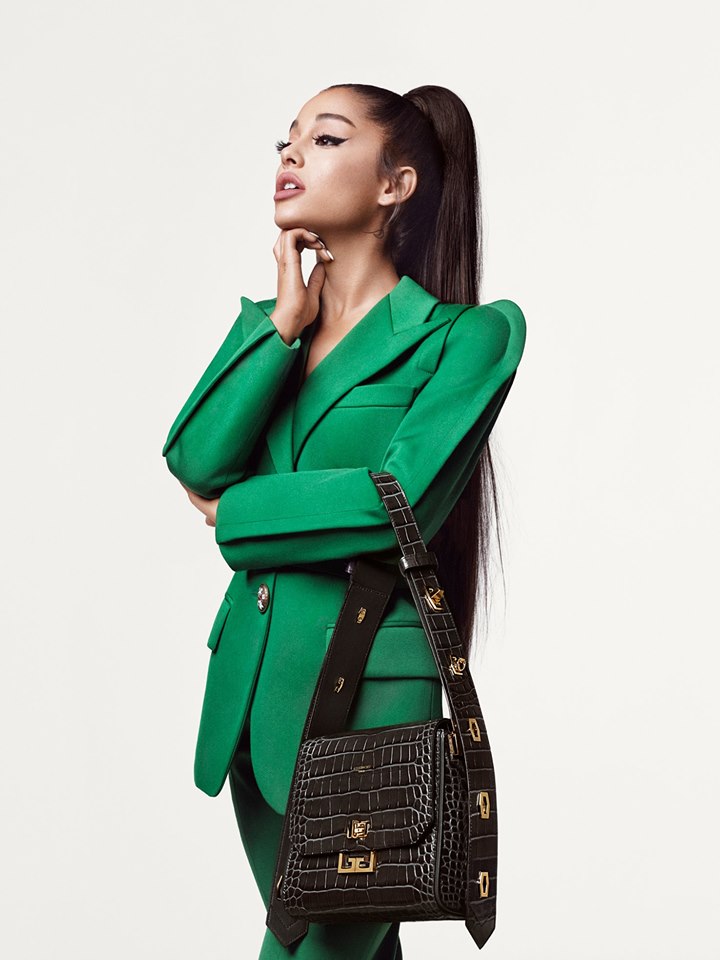 Keeping with the tradition of portraits favored by Hubert de Givenchy – who called the style “the Givenchy sitting” – the new campaign features Ariana Grande wearing key looks from the Fall/Winter 2019-2020 collection, including a pleated floral print dress, sophisticated tailored ensembles and dramatic evening looks, along with the season’s statement bag, the Eden.

“I am so proud to be the new face of Givenchy. It is a House I have forever admired and to now be part of that family is such an honor. I love this clothing and the confidence and joy it brings to the people wearing it. Not only is the clothing timeless and beautiful but I’m proud to work with a brand that makes people feel celebrated for who they are,” Ariana Grande stated. 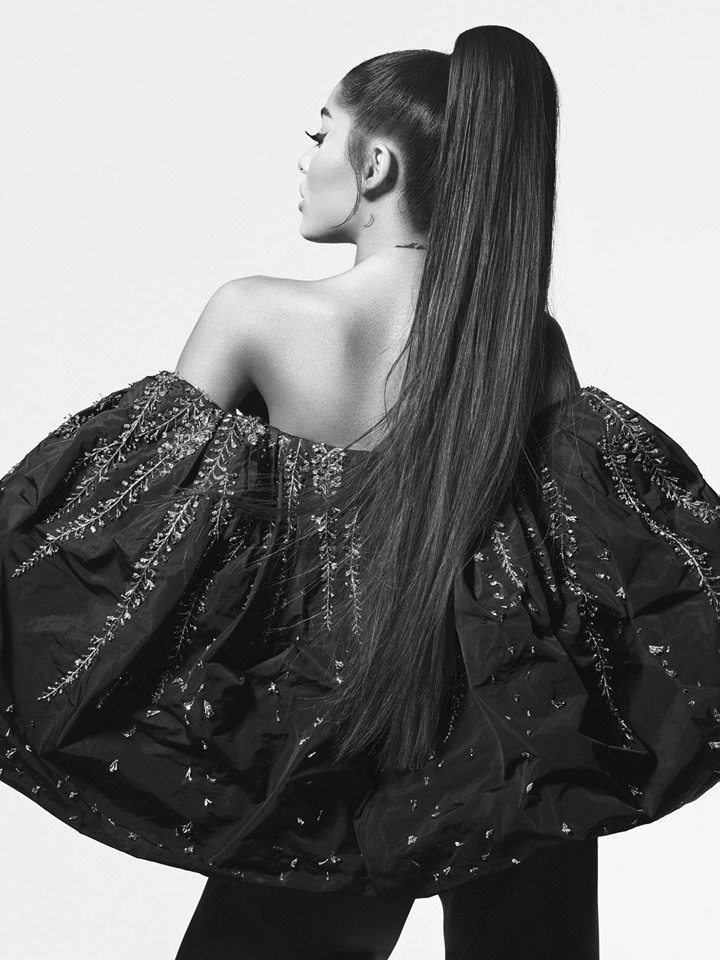 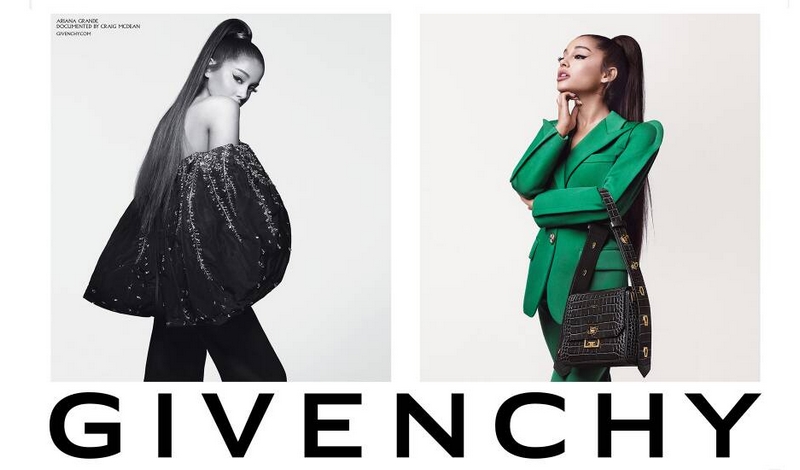 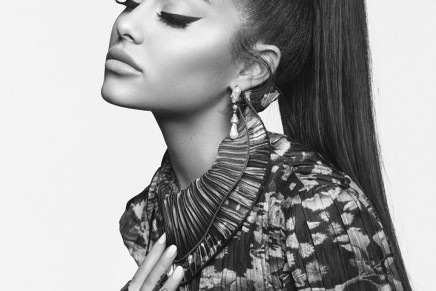 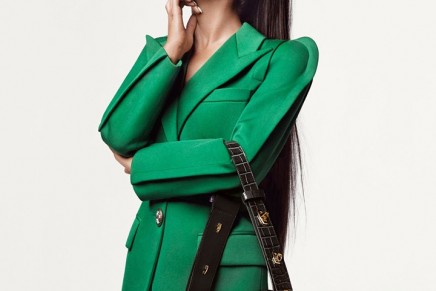 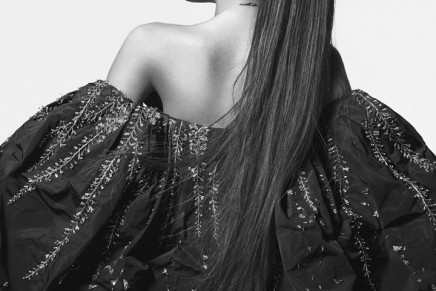 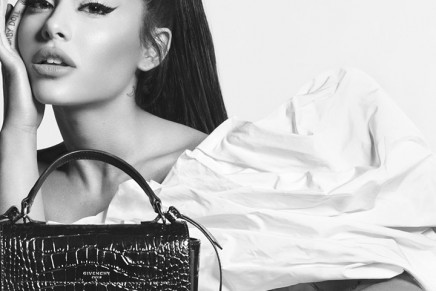 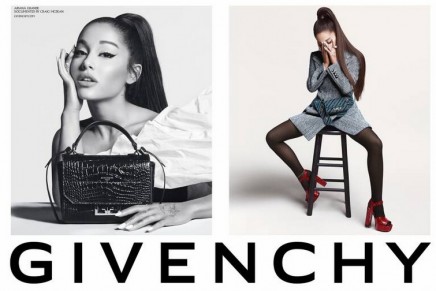 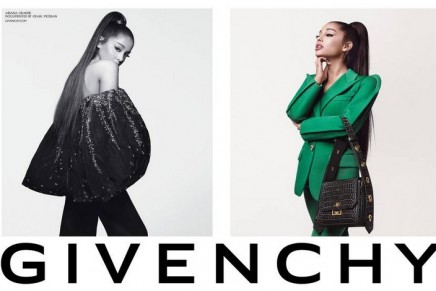