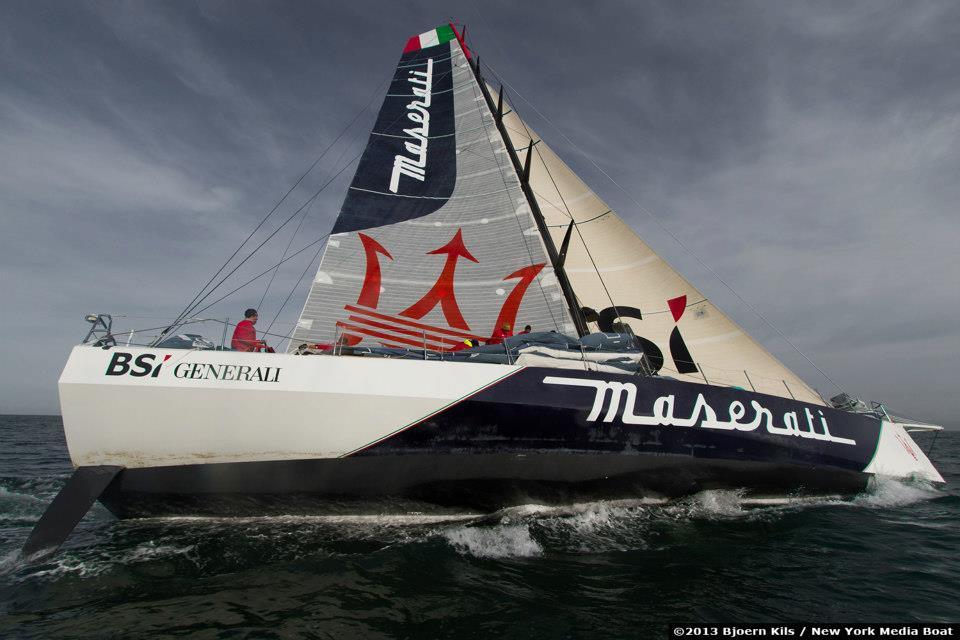 Giovanni Soldini and a crew of eight sailors of Maserati team established a new record time reference of the Golden Route, in the monohull category – 47 days, 0 hours, 42 minutes and 29 seconds to sail from New York to San Francisco crossing Cape Horn.

“We are happy! – says Soldini – The Golden Route is an historic record, a very important and challenging one. Now it will bear the colours of the Italian flag. Maserati proved to be a powerful boat, a technological and reliable one. The crew has been extraordinary, everyone was prepared to face even the hardest situation.”

The sailors left New York at 17h 49’ 30” GMT of December 31, 2012 aboard Maserati, to challenge the New York -San Francisco record. The previous record in the monohull category was set by Yves Parlier aboard Aquitaine Innovations in 1998: 57 days and 3 hours.

The 13225 nautical miles that separate New York from San Francisco via Cape Horn, are an historic route, widely traveled by clippers that were involved in the goldrush starting from the second half of 1800. The best result of the time was set in 1854 by Flying Cloud, exceptional vessel from the Boston shipyards, that reached San Francisco in 89 days and 8 hours, a record that stood for more than 130 years. After several attempts by many boats, the 60-foot Thursday’s Child of Warren Luhrs arrived in San Francisco after 80 days and 20 hours in 1989. In 1994, Isabelle Autissier aboard Ecureuil Poitou took 62 days and 5 hours. Then, in 1998, Yves Parlier on board Aquitaine Innovations has dropped to 57 days, 3 hours, 2 minutes.

In July, Giovanni Soldini and all of Maserati‘s team will take part in the Transpac Race, the ocean race from Los Angeles to Honolulu open to monohulls and multihulls. 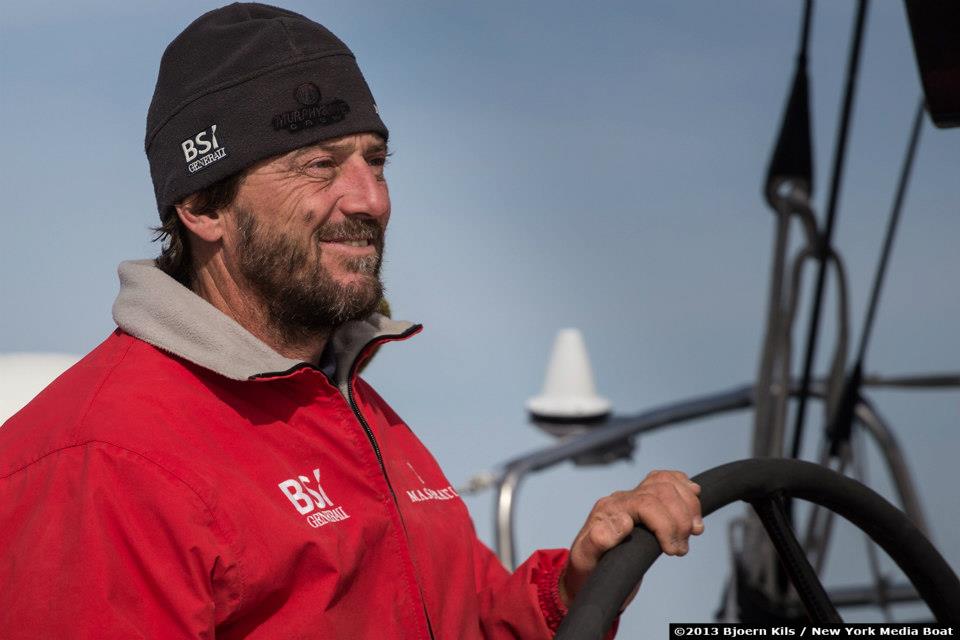