Premium electric car maker Byton unveiled more details of the interior design for its first production model BYTON M-Byte SUV. In opening a new design studio in Shanghai, BYTON significantly expanded its global design footprint. The Shanghai studio will focus on the Chinese automotive market, as well as work closely with BYTON’s existing design studio in Munich on advanced and intelligent design for the global market.

This new glimpse into the M-Byte’s interior design reveals not only key hardware such as the wraparound dashboard, 7-inch Driver Tablet, 8-inch BYTON Central Touchpad, and physical buttons on the steering wheel, but also the main user interface (UI) design style. Byton says it wanted to create a comfortable and warm atmosphere similar to a high-end living room.

“On the BYTON M-Byte, 90 percent of the innovative design from the concept car was retained, including the iconic 48-inch Shared Experience Display, Smart Surfaces, and the 12 degrees inward rotating front seats,” said the premium electric vehicle manufacturer that is creating the world’s first smart device on wheels.

“Back at CES, when we saw the car last, we were told gestures present too – though we didn’t get to see them in action. Byton tells us that they’ll use rather familiar movements; think one- and two-finger swipes for different things – like a virtual touchpad,” commented carmagazine.co.uk. “Yes, you may well seen Byton drivers doing a silent disco in the fast lane of the M4 in years to come…”

The futuristic and premium aesthetic of the BYTON M-Byte’s high-tech digital cockpit; @BYTON

“BYTON has a well-developed global design team in both Germany and China, with top designers and specialists from 17 countries working together,” said Benoît Jacob, Senior Vice President of Design at BYTON. “The diverse cultural atmosphere of the team allows designers to fully interact with one another and understand the lifestyles, habits, and needs  of consumers from different countries. Together, BYTON designers are committed to create leading smart mobility for consumers around the world.”

Just like the Audi e-Tron, added carmagazine, “the M-Byte is aimed at all the growth areas of the car market; China, SUVs and EVs. But unlike the e-Tron, Byton is targeting a more accessible price, and believes it can generate the scale to draw comparisons to the Tesla Model 3.” 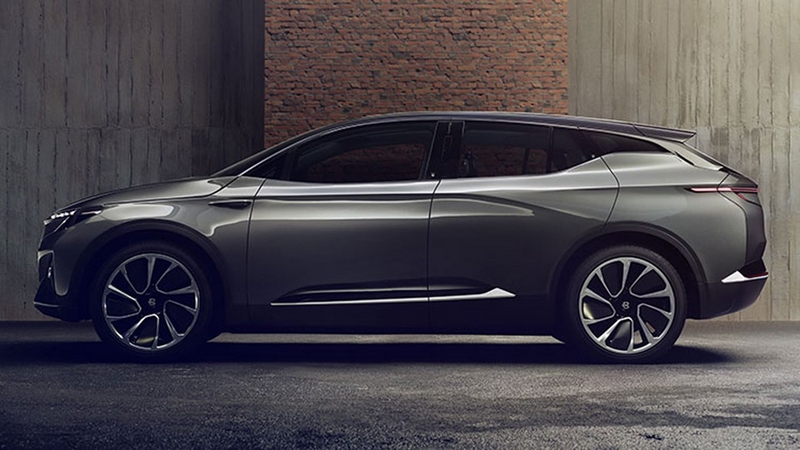 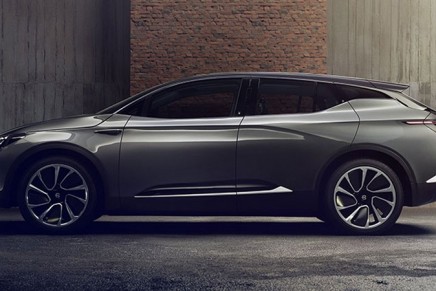