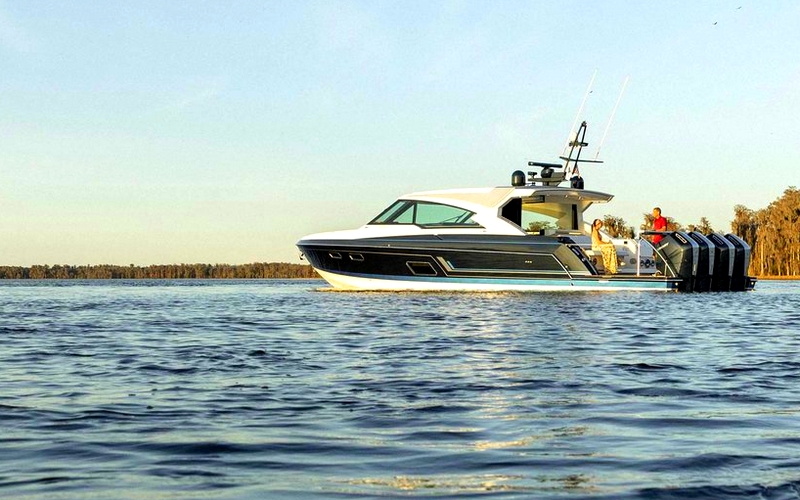 With boats continuing to grow bigger and performance expectations continuing to rise, boaters have been asking for a better, more capable high‑horsepower solution to meet their needs.

“The V12 Verado outboard is Mercury’s answer,” said Chris Drees, Mercury Marine president. Headquartered in Fond du Lac, Wisconsin, Mercury Marine is the world’s leading manufacturer of recreational marine propulsion engines. “Using our advanced engineering and design capabilities, we completely redefined outboard performance. The V12 Verado outboard delivers boaters unrivaled freedom, luxury and power to pursue their passions on the water. This is a remarkable engine that will change the future of boating.”

The world’s first V12 outboard, the 600hp Verado engine features a naturally aspirated, large‑displacement, quad‑cam powerhead that generates impressive torque to get heavy boats out of the hole and on plane quickly, and to accelerate up to rated speed rapidly.

“The V12 Verado outboard delivers everything boaters want and more in a high-horsepower outboard. This engine makes boats easy to maneuver near the dock and provides superior handling at all speeds. It’s incredibly fuel efficient, so boaters can go farther and stay out longer. It’s so smooth and quiet that you can have a conversation while the engines are running. It’s durable, reliable and easy to maintain. There’s nothing else like the V12 Verado in the marketplace today,” Drees said. 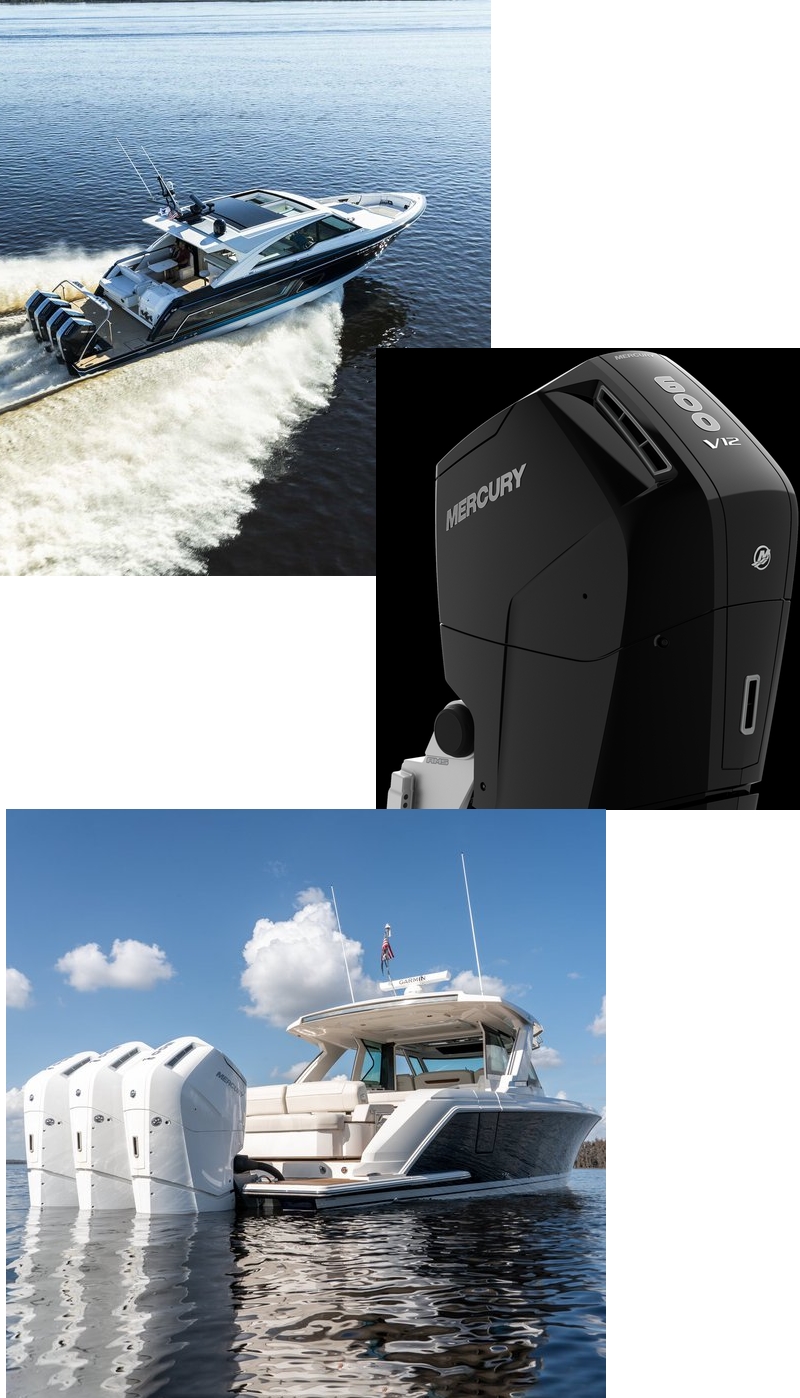 The development of the V12 Verado outboard is a product of Mercury’s commitment to investing in R&D and manufacturing expansion, which includes more than $1.5 billion of investment since 2008.

“We’ve dedicated substantial investments and years of effort toward enhancing our ability to turn highly creative ideas into practical, functional and dependable solutions,” said Tim Reid, Mercury Marine vice president of development and engineering. “That work has positioned us well to anticipate and respond to shifts in the marketplace. We listened carefully to boaters’ needs and wishes, and we created new product capabilities aimed at exceeding their highest expectations.”

The industry’s first steerable gearcase on an outboard pivots independently underwater while the engine’s powerhead remains in a space‑saving fixed position. This provides more room for multi‑engine configurations and a wider steering angle for agile handling. With help from contra‑rotating propellers, it also has better “bite” in the water for docking and other close‑quarters maneuvering. 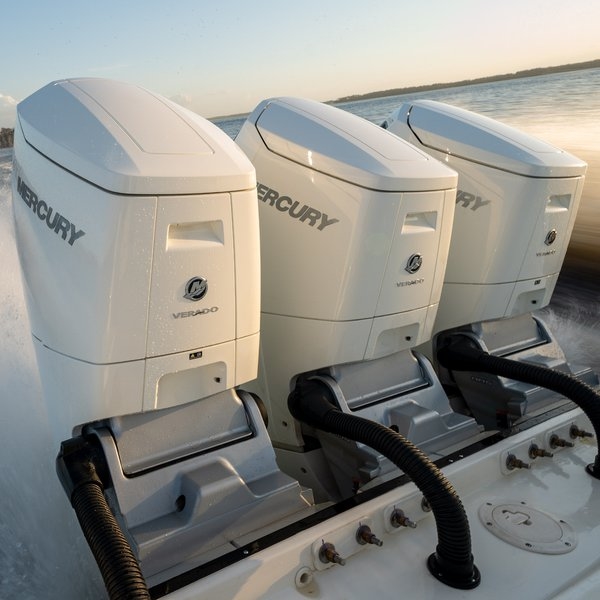 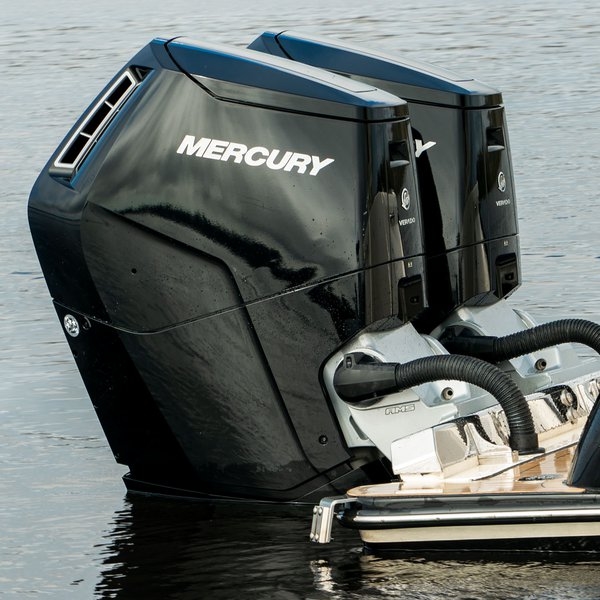 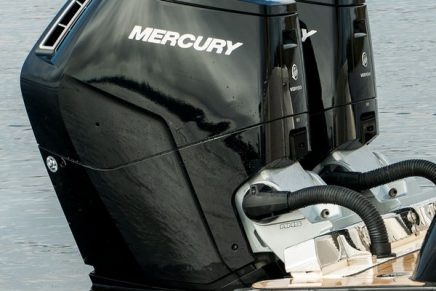 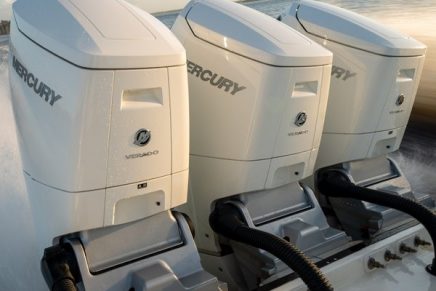 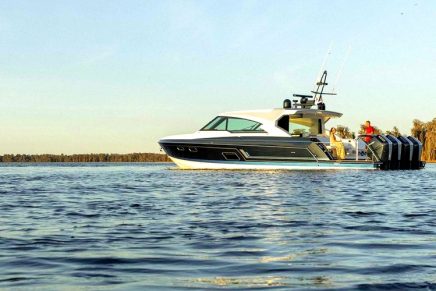 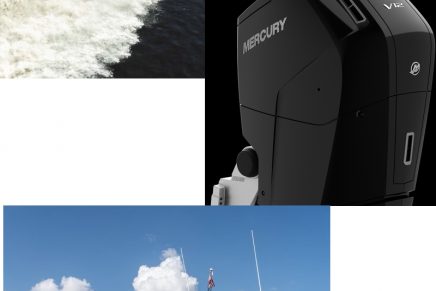